Parker got to prepare chimpanzee enrichment activities and hone his chimp identification skills at the Jane Goodall Institute in South Africa between his junior and senior years.  Parker is currently in graduate school for Biological Anthropology at University College London.  Read his story in his own words: 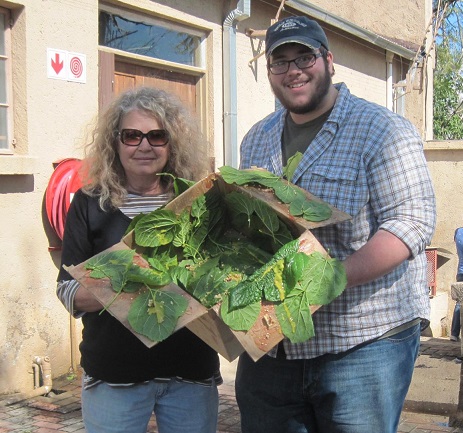 Just within the last 50 years or so, chimpanzee (Pan troglodytes) populations have dramatically decreased from over one million chimpanzees in the wild, to under 120,000. With such a drastic drop in population, it became a necessity to preserve chimpanzees in captivity, conserve natural chimpanzee environment, and educate people on the increasingly desperate situation that our closest living relatives are in. 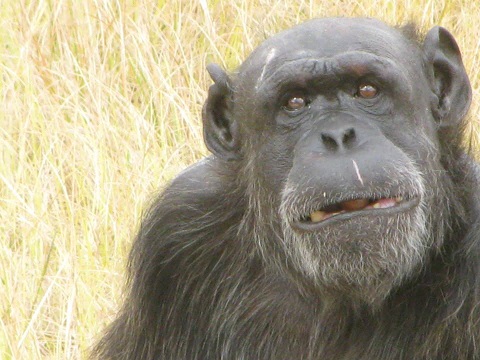 Over the summer of 2013, I made a journey halfway around the world to practice my chosen field of Primate Socio-ecology at the Jane Goodall Institute South Africa, also known to many Animal Planet viewers as Chimp Eden. There I encountered several chimpanzees with incredibly sad stories; ones of mistreatment, orphaning, and being used as lab rats or to provide entertainment. Every day chimpanzee mothers are killed and sold into the bush meat trade, while their now orphaned infants are sold as pets or test subjects. Then perhaps the orphans are raised to wear clothing that may stunt their normal growth, and when they get old enough, they might need beating or mutilating to make them behave. It’s no wonder that the chimpanzees at JGI South Africa are hesitant on humans, if not downright hostile.

Most of my time at the sanctuary was dedicated to coming up with and providing enrichment for the chimps. These are things, such as simulated termite fishing, that can alleviate the boredom that often comes with captivity. I also spent a fair amount of time practicing my identification skills, which is necessary for anyone who wants to work with primates. 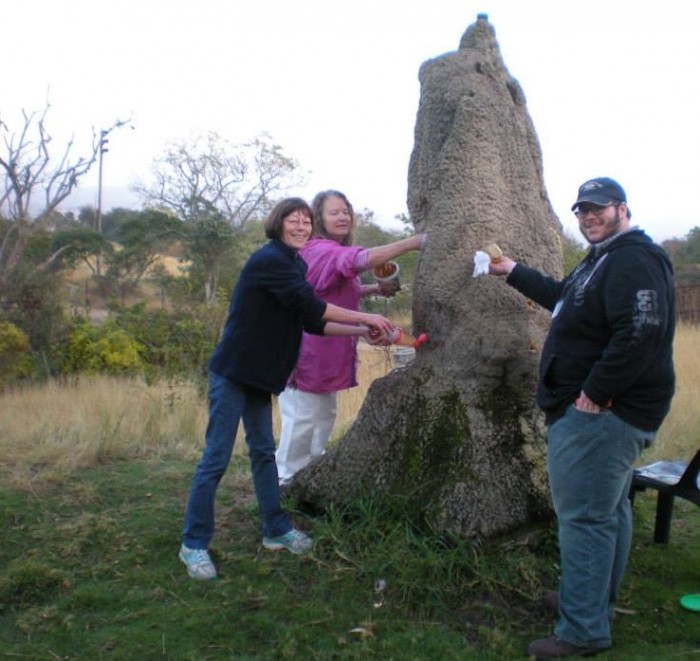 Parker prepares a termite fishing activity for the chimps

There were 27 individuals that I was able to identify by appearance and, eventually, behavior. Just like humans, each chimp has their own personality and quirks. And, just like people, you quickly grow to love them for those quirks. Whether it’s Kozy puffing himself up and clapping along the fence line to show off, or Tony finding the biggest sticks to plan an escape, only to be foiled by his alpha male Zach, who trades the stick with the keepers for a macadamia.

The experiences I had at the Jane Goodall Institute in South Africa has definitely affirmed my career choice. My hope is that, one day, my research and work can help captive primates have a better life. We put these wonderfully intelligent creatures in the situations they are in, and it is our duty to make sure that they are being cared for in the best way possible.