One of the more unusual manuscript collections owned by the UALR Center for Arkansas History and Culture (CAHC) is the Harvey Goodwin Collection (UALR.MS.0112). Kaye Lundgren, CAHC archival assistant, recently 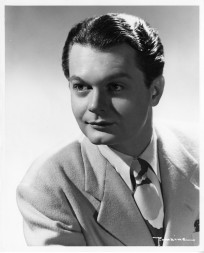 published  an article about this collection in the Pulaski County Historical Review. In it she describes the intrepid Arkansan who ventured forth into the bright lights and big cities of the United States’ East and West Coasts, as well as Europe, to pursue his passion and talent for the stage in the guises of singer, comedian, and female impersonator.

The following is an excerpt from Lundgren’s article in the Winter 2013 issue of the Pulaski County Historical Review. Read the full article here: Harvey Lee Goodwin Delineator of the Divine Feminine.

As a child, Harvey “had a flair for singing and dancing and active, performing shows, which [he] usually arranged and directed.” At the age of fourteen, Goodwin witnessed the performance of a professional female impersonator, Mr. Jean Barrios, on a local Little Rock stage. Enthralled by Barrios’ performance…Goodwin diligently worked during his high school years to pay for dancing lessons.

Upon graduation from Little Rock High School in 1930, Goodwin attended business school and subsequently accepted a clerical position in Washington, D.C. In 1933, he made his debut as a semi-professional female impersonator performing a song and dance routine.  Goodwin’s youthful talents were noticed by many.  In fact, in January 1934, Goodwin was asked to perform in costume “at one of the first of the birthday balls of the late President Franklin D. Roosevelt.” 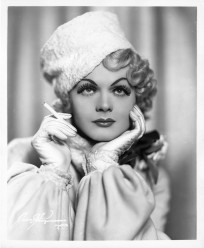 In 1934, Goodwin received his big break when Club Richman in New York City offered him a position with a salary equal to his government employment.  He proved quite the success, as noted in a Walter Winchell column dated December 24, 1934: “one of the girls at the Richman Club, who is really a feller, left a job with the government to switch his petticoats.”

Harvey’s luck continued during his time at Club Richman when he secured the part of a female impersonator in Warner Brothers-Vitaphone musical comedy entitled The City Slicker.  One day, while on set, the head of the studio made an appearance and commented that Goodwin resembled the movie star Jean Harlow.

Harvey’s career spanned the bulk of the twentieth century. Goodwin died on July 4, 1992 from complications due to tuberculosis. He is buried in Greers Chapel Cemetery in Magnolia, Arkansas.