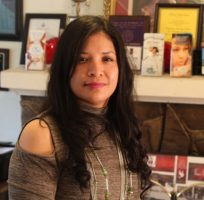 Ramirez has worked as a Victim Advocate for many years through the North Little Rock Police Department, the Women’s Council on African American Affairs Inc. dba Center for Healing Hearts and Spirits, a non-profit located in Little Rock, Arkansas. Her continued dedication to aiding those in need led Ramirez to the position of Director for the UA Little Rock Community-Based Reentry Initiative Program.

Ramirez was also accepted into the Federal Bureau of Investigations (FBI) Citizens Academy where she has won two consecutive Community Leadership awards and accolades by the FBI and her peers.

Dr. David R. Montague is the Director of Online Learning and Faculty Mentoring at the University of Arkansas at Little Rock; and is a tenured, Full Professor of Criminal Justice. In this role, he oversees all aspects related to administration and innovation for online learning at the university and the university’s program to mentor new faculty out of the Office of the Provost. He earned a PhD at Howard University in Political Science, an MA at The George Washington University in Crime and Commerce, and a BA at Morehouse College in Political Science.

Dr. Montague completed federal investigations for fourteen years in law enforcement and intelligence capacities working for the United States Drug Enforcement Administration (DEA) as a federal drug diversion investigator, the United States JFK Assassination Records Review Board (ARRB) as the Senior Investigator (i.e. head of the investigations unit), and as a consultant on national security matters with US Investigations Services, Inc. He has lectured on Asset Forfeiture at the FBI Academy in Quantico, Virginia and was a member of the founding faculty of the PhD Program in Organizational Leadership at the University of Maryland Eastern Shore.

Having come to UALR in 2004 joining the Department of Criminal Justice as an Assistant Professor teaching in their undergraduate and graduate programs, he has used his time at UALR to facilitate a mix of his teaching, research, and service in such a manner as to use his access to expose students via projects, collaborate both on and off campus, and generate grant and contract funding as often as possible. He founded the UA Little Rock Senior Justice Center, to promote service and research on crime against older people. He is the recipient of the 2003, Outstanding Faculty Staff Award for Outstanding Teaching and Intellectual Development of Undergraduate Students by the University of Maryland at College Park Nyumburu Cultural Center, the 2009 UALR College of Professional Studies Faculty Excellence Award in Teaching, and the 2014 UALR College of Professional Studies Faculty Excellence Award in Service. He is also the recipient of the 2016 Felix Fabian Founder’s Award from the Southwest Association of Criminal Justice, awarded for outstanding contributions to SWACJ and the criminal justice profession. Dr. Montague formerly served as the graduate coordinator for the UALR Master of Science Program in criminal justice and is a graduate of the LeadAR Program, the Arkansas State leadership program involving a two-year commitment of service-learning and travel within-state and the People’s Republic of China. He was a founding member of the UALR Chancellor’s Committee on Race and Ethnicity and his most recent funded research project was to evaluate programming for the Arkansas Department of Community Correction, dealing with services for clients during and after release from prison. In 2017, he was appointed to a part-time role as coordinator of the university’s mentoring program for new faculty and became permanent director in 2019.

Dr. Montague is active in the community volunteering as a deputy sheriff in Arkansas, participating in a rehabilitation program at three prisons, and has served on several discipline-related boards; one of them being the board of directors for the Academy of Criminal Justice Sciences, one of the largest national associations for criminal justice educators.

He has presented his research internationally at conferences in Austria, Slovenia, Germany, Holland, Trinidad, and Canada. In addition to serving as a keynote speaker nationally, he has testified before two state legislatures on prospective policies. He has written numerous publications and is the coauthor of the book Travesty of Justice: The politics of crack cocaine and the dilemma of the Congressional Black Caucus, now in its Second Edition. He is also finishing up a new book dealing with his tenure as part of the Congressional reinvestigation of JFK assassination records during the 1990s. Dr. Montague resides in Little Rock, Arkansas with his wife and daughter. 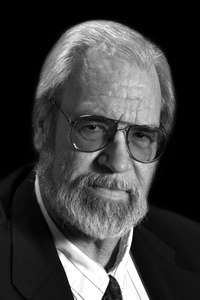 His primary interests were in the area of Constitutional Law and Criminal Justice Careers. He developed a course based on the Inside-Out model of Temple University where UALR students and prison inmates share a classroom and study the major issues in Criminal Justice today. He served on the state Parole Board from 1993 to 2003, and served on the Board of the Law Enforcement Training Academy, and Governor Bill Clinton’s Task Force on Crime and Justice. He served on the Board of Substance Abuse Treatment Clinic of UAMS, the Arkansas Assisted Housing Network, and the Inmate Council of the Department of Correction Pine Bluff Unit.

He conducted a Prison Library Project which involves gathering books donated from UALR faculty, staff, and friends and giving them to the Arkansas Department of Correction libraries. His accomplishments with this project have been publicized in the Arkansas Democrat-Gazette and USA Today newspapers. He also founded a Re-entry into Society Program for inmates at the Wrightsville Unit of the Department of Correction.