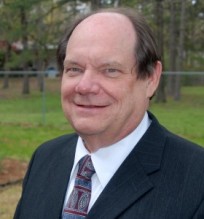 Dr. James Hendren, an entrepreneurial champion for the advancement of technology startup companies and job development in Arkansas, will be honored at 5:30 p.m. Thursday April 30, at the Pleasant Valley Country Club.

Tickets are $75 per person, of which $60 is tax deductible, to benefit the Science and Mathematics Leadership Endowed Scholarship Fund for undergraduate students.

For reservations, go to ualr.at/fribourgh or contact Joseph Lampo at 501.569.8326 or jwlampo@ualr.edu.

More about James Hendren
Hendren, an innovator in sophisticated software development in both the defense and finance industries, grew ARKSYS from a small, home-grown company to an internationally known corporation.

“James has truly made outstanding contributions to STEM education and economic development in Arkansas,” said John Chamberlin, founder of ARKSYS.

Hendren served on the Arkansas Science & Technology Authority board of directors and the Arkansas Economic Development Commission. At the commission, Hendren led the charge to include high-tech startup companies in economic development strategies for the state.

As the founding chairman of the Arkansas STEM Coalition and chairman of Accelerate Arkansas and the Arkansas Venture Center, Hendren continues to be a key player in spearheading efforts to create jobs in Arkansas.

He is also an avid volunteer serving in a variety of capacities at UALR including serving as the former Executive in Residence for the College of Information Sciences and System Engineering (EIT) for 10 years. Hendren earned a bachelor of science, master of science and Ph.D. in physics from the University of Arkansas.