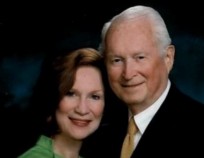 More students will have access to a University of Arkansas at Little Rock education thanks to a $2 million donation from a local family foundation.

The gift from the Bailey Foundation, a long-time supporter of UALR and higher education, establishes the Bailey Scholars fund and kicks off UALR’s new student success fundraising initiative for student scholarships and support.

Making a quality education more affordable is an effective way for the Bailey Foundation to touch as many student lives as possible. Dr. Ted Bailey serves as president of the foundation; other family board members are: Mary Bailey Shafer, Ted Bailey III, Jo Bailey McCray, John Bailey, Amy Bailey, and Sharon Bailey.

“The university is one of the most important institutions in our community,” said Dr. Ted Bailey, a lifelong resident of Little Rock, where he practiced Otology and was also a real estate developer.

Sharon Bailey, Dr. Bailey’s wife, learned of the new scholarship initiative recently while on campus attending a board meeting in which Bob Denman, UALR vice chancellor for advancement, discussed the new campaign to give more students access to higher education.

She thought the university’s campaign was a good fit with the family foundation’s goal of supporting Arkansas and Little Rock through improved educational opportunities.

“We had been thinking about it for quite a while — a way to help as many students as we could,” Sharon Bailey said. “We thought it was just the right time to make the first gift, the lead gift.”

UALR Chancellor Dr. Joel E. Anderson said scholarships make it possible for people to go to school who otherwise couldn’t afford to take that life-changing step. He said a university education provides increased employment opportunities, improves the ability to support families, and augments the capacity to serve others.

“That means a scholarship can make all the difference in a person’s life,” Anderson said.

The flexibility the Baileys provided to use the funding on an as-needed basis will be advantageous to “countless students,” Anderson said. 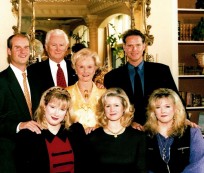 A tradition of involvement

For decades, the Bailey family has invested in the university as a way to help the community. Dr. Ted Bailey was one of the earliest financial supporters of UALR, founding the Society of Philanthropy, a precursor to the current Chancellor’s Circle.

Sharon Bailey, a graduate of the UALR College of Business Executive MBA program, has served on the college’s advisory council and is currently a member of the UALR Foundation Fund Board.

In 2002, the Bailey Foundation provided a significant gift to facilitate the construction of the Bailey Alumni and Friends Center, named after Dr. Ted Bailey and Virginia, his wife of almost 58 years who passed away in 2003.

Throughout the year, the Bailey Center hosts numerous events and gatherings, serving as a welcome center to the university family and the community.

“The Bailey Center shows off the university in a very attractive way,” Anderson said. “That’s been such a marvelous asset to the university.”

In addition, the Bailey Foundation supported the university by funding a teaching academy and faculty excellence awards. Dr. Ted Bailey’s son John is on the UALR Board of Visitors and Ted III serves on the athletics council for the Trojans.

“They’ve been cheerleaders of UALR for many years,” Anderson said of the Bailey family. “Given the status and respect they enjoy in the community and the state, that’s highly beneficial to UALR. They’re wonderful people.”

Dr. Ted Bailey started practice as an otolaryngologist, with a focus on ear, nose and throat conditions, in 1953. After 1960, he specialized in diseases of the ear. He founded the medical practice that has become Arkansas Otolaryngology Center, retiring in 1994.

Sharon Bailey was the director of research and development for The Ear & Nose-Throat Clinic from 1978-1994 and was the chief operating officer of the Arkansas Otolaryngology Center from 1995 to 2006.

To make a gift to UALR, or for more information, click here.