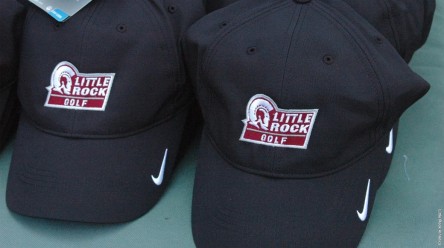 “First, I am very honored and humbled to be recognized for doing something that I love so much,” Snider said. “I feel that with the right support from the community, these teams can make an impact on a national level and generate attention for the university as a whole. I strongly encourage participating as a team in the shamble and bringing your friends to impact this program and this community.”

Snider’s impact on the local golf community is well known, boasting over 40 years of teaching experience in Texas and Arkansas. His accolades include induction into the South Central Section PGA Hall of Fame in 2011 and the Arkansas Golf Hall of Fame in 2013.

“Dan Snider is synonymous with golf in our community,” Director of Athletics Chasse Conque said. “The impact he has had on the game and our program at Little Rock has been significant. We are grateful for his many contributions and look forward to honoring him later this summer.”

Snider’s students include many PGA tour players, including Glenn Day, Bryce Molder and Dicky Pride. He has been and still is a mentor to many PGA Club Professionals.

Snider assisted in the development of Arkansas Fairways and Greens, a one-hour radio chronicle of golf in the Natural State that airs live on KARN 102.9 FM every Saturday morning. He has served on the board of The First Tee of Central Arkansas and the Jack Stephens Youth Golf Academy, where one of the classrooms is named in his honor.

He has served on the Little Rock Golf Shamble committee since its inception in 2015.

“Mr. Snider has given countless hours to the Little Rock golf program over the years both on the golf course working with our players swings and off the golf course as a key member of our golf committee,” Harrington said. “His commitment to Little Rock golf is what excited me when I was hired as Director of Golf four years ago and it is our honor to now recognize him for his incredible dedication and support of Little Rock golf.”