There are also exciting sponsorship opportunities available. Each sponsorship level includes tickets to the event. 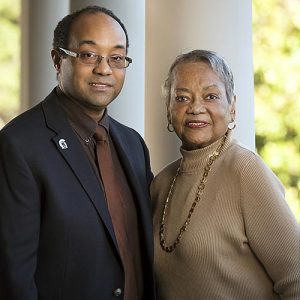 The 2019 honoree is Raye J. Montague. She began her career in Washington, D.C., with the U.S. Navy in 1956 and retired after more than 33 years of service. She is credited with the rough draft of the first U.S naval ship design using a computer and was awarded the U.S. Navy’s Meritorious Civilian Service Award in 1972. The same year, she was nominated for the Federal Woman of the Year Award.

As the Program Manager of Ships for the U.S. Navy’s Naval Sea Systems Common Information System Improvement Program, Montague held the civilian-equivalent rank of captain. She was the first female professional engineer to receive the Society of Manufacturing Engineers Achievement Award, the National Computer Graphics Association Award for the Advancement of Computer Graphics and the first female to serve on teh Board of Directors for the Numerical Control Society.

Montague was inducted into the Arkansas Black Hall of Fame in 2013. In 2017, she was featured on ABC, Good Morning America and recognized by the U.S. Navy as their “hidden figure” during naval events in Washington and Dahlgren, Virginia. In 2018, Montague received an Honorary Doctorate Degree from the University of Arkansas Pine Bluff.

Tickets are not available as this event has passed.