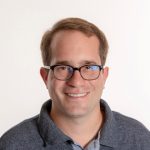 Andrew Amstutz studies modern South Asian history in global contexts. His work explores the intertwined histories of science, technology, and Muslim politics in South Asia as well as museums and public history debates. He currently is a member at the Institute for Advanced Study at Princeton. At UA Little Rock, he teaches courses on world history, Asian history, museum studies, and material culture. Dr. Amstutz received his PhD in history from Cornell University in 2017 and prior to joining UA Little Rock, he was a Mellon Postdoctoral Fellow at the University of Wisconsin–Madison.

His first book project, Finding a Home for Urdu: Language and Technoscience in Muslim South Asia, argues that experiments with technology and debates over science lie at the heart of the making of Indian Muslim politics. It offers a cross-border history of a leading publishing house in South Asia that experimented with the print technologies and literary arts of Urdu to produce popular science texts during the late colonial era and early post-independence period (1910s-1960s.)

Dr. Amstutz’s second book project, Buddhist Afterlives: The Public Life of the Ancient Past in Pakistan, follows the global circulation of ancient Buddhist sculpture from Pakistan during the Cold War. The project chronicles how museum curators and archaeologists in Pakistan turned to Buddhist sculpture to exhibit an ancient history for the new Muslim nation-state in the wake of partition and post-colonial independence and to forge an eclectic identity for Pakistan through collaborations with colleagues across Asia and Europe. His research has been supported by the Fulbright-Hays DDRA fellowship program and the American Institute of Pakistan Studies.

As part of his teaching in the Public History program, Dr. Amstutz has started work on a local public history project centered on the preservation of a local cemetery and archive that is important for LGBTQ memory and the history of the HIV/AIDS epidemic.