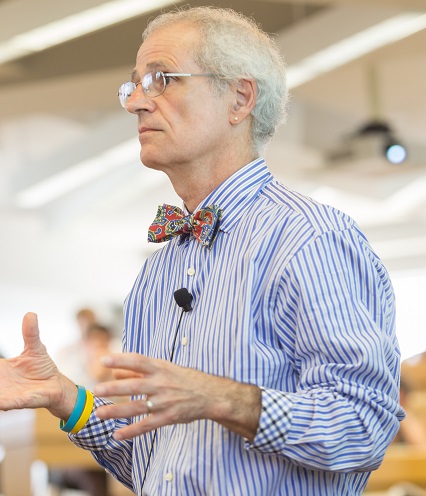 John DiPippa, Dean Emeritus and Distinguished Professor of Law and Public Policy at the University of Arkansas at Little Rock William H. Bowen School of Law, will serve as the law school’s interim dean.

DiPippa will take over for Dean Michael Hunter Schwartz, who will become the dean of the University of the Pacific’s McGeorge School of Law in July. Schwartz has been dean of the UA Little Rock law school since 2013.

“I am honored to be following Dean Schwartz,” DiPippa said. “He is one of the most important people in legal education today. He built on our law school’s historical dedication to students and put us at the forefront of legal pedagogy. We are immeasurably better because of his leadership. I hope to continue the course he set us on.”

DiPippa’s tenure as interim dean will begin July 1. A search for a permanent dean is anticipated to begin in the fall.

DiPippa joined the Bowen faculty in 1983 and teaches Constitutional Law, First Amendment Law, Legal Profession, Public Service Law, and Interviewing and Counseling. He previously served as the dean of the Bowen law school from 2008-2012. He publishes primarily in the areas of legal ethics, law and religion, constitutional law, and religious liberty. Dean DiPippa is co-author of the book, “The Counselor-at- Law: A Collaborative Approach to Client Interviewing and Counseling.”

DiPippa received his Juris Doctor from Washington and Lee University School of Law in 1978, where he was named to the Order of the Coif. He worked as the managing attorney of the Legal Aid Society of Roanoke Valley and the executive director of Blue Ridge Legal Services in Harrisonburg, Virginia, as well as an inaugural professor of public service at the University of Arkansas Clinton School of Public Service.

DiPippa and his wife, Karen, who is the director of Westside Free Medical Clinic for the Catholic Diocese of Little Rock, reside in Little Rock and have four children and five grandchildren. They also love bicycling and the Philadelphia Eagles.