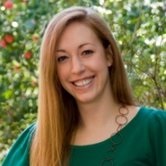 Sarah Beebe is a Supervising Attorney with Disability Rights Texas for the Harris County Juvenile Probation Department (HCJPD) Education Advocacy Program. Disability Rights Texas (DRTx) is a nonprofit law firm and member of the federal Protection and Advocacy (P&A) network. Sarah supervises a team of Education Specialists who provide education advocacy services to probation-involved youth, as well as maintains her own caseload. In this role, Sarah also develops and provides trainings to probation-involved youth and families, as well probation and court staff, and community organizations. Sarah also directs and manages the systemic advocacy projects of the team in an effort to disrupt the school-to-prison pipeline. Prior to becoming a Supervising Attorney, Sarah was a Staff Attorney with DRTx for six years, during which time she provided direct representation to students with disabilities and their families. Sarah is a sought after presenter who has regularly presented at national, state-level, and regional conferences.

Morgan Craven, J.D., is the National Director of Policy for the Intercultural Development Research Association (IDRA). She supports the integration and coordination of national and state policy reform efforts impacting the education of all students, with special emphasis on minority, low-income, English learner and recent immigrant populations. At the state level, she spearheads IDRA’s critical work in education policy, including school finance, accountability, testing, private vouchers, teacher quality, and EL matters. Ms. Craven received a bachelor’s degree in International Relations from Stanford University and a law degree from Harvard Law School. She has presented research and data to policymakers, collaborated with community-based, state, and national advocacy organizations, and developed policies related to school discipline, school policing, and school climate. 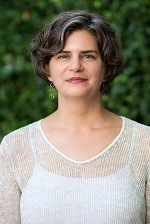 Deborah Fowler oversees all of Texas Appleseed’s efforts as its executive director. An attorney experienced in public policy, Deborah is a nationally recognized expert in school discipline and juvenile justice issues, having authored three major reports on the school-to-prison pipeline in Texas. She also authored a first-of-its-kind handbook for attorneys representing defendants who have an intellectual disability. She received the 2011 Excellence in Public Interest Award for her contributions to public interest law. She also received the 2011 Ma’at Justice Award for the State Bar Women and the Law Section — given to individuals who actively address the needs and issues affecting women in the legal profession and in the community. Prior to assuming the executive director’s position, Deborah served as Texas Appleseed’s deputy director. She also has extensive experience working with the judiciary, both as a judicial clerk and supervising attorney. Deborah holds a Bachelor of Arts degree from Tulane University and a Juris Doctor from Lewis & Clark College’s Northwestern School of Law. 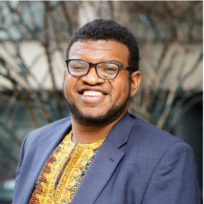 Andrew Reginald Hairston is a civil rights attorney and writer based in Austin, TX. He is presently the School-to-Prison Pipeline Project Director of Texas Appleseed. Mr. Hairston is also the secretary of the board of Learn Together, Live Together – a school integration non-profit based in Washington, DC. He earned his law degree from Louisiana State University in May 2016, where he was a Faculty Scholar.  Mr. Hairston refined his commitment to racial justice work as a law student. He worked as a law clerk for the LSU Parole and Reentry Clinic, and he subsequently served as a student attorney for the LSU Juvenile Defense Clinic. From 2017 to 2019, Mr. Hairston served as a staff attorney at Advancement Project, a multi-racial civil rights organization in Washington, D.C. He began his legal career as the George N. Lindsay Fellow and Associate Counsel at the Lawyers’ Committee for Civil Rights Under Law from 2016 to 2017. 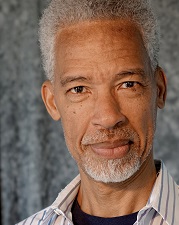 Michael Harris is Senior Director, Juvenile Justice and Legal Advocacy at the National Center for Youth Law (NCYL).  At NCYL, Michael has worked on litigating unconstitutional probation practices, reducing racial disparities in statewide juvenile corrections systems, and on cases that challenge the “school-to-prison pipeline” in Texas, Maryland, Connecticut, and California. Additionally, he works on litigation to address implicit bias, and he has delivered presentations to local and national gatherings on the role implicit bias plays in decision-making within the criminal and juvenile justice systems as well as the school to prison pipeline.  Before joining NCYL, Michael served as Deputy Director of the W. Haywood Burns Institute, working to reform juvenile justice systems. Michael has worked in California, and Washington to reduce racial disparities in the juvenile justice system using a collaborative process to achieve systemic reform. Prior to Michael’s work at the Burns Institute, he was a Staff Attorney and Assistant Director of the Lawyers’ Committee for Civil Rights of the San Francisco Bay Area where he worked on a broad range of civil rights cases. 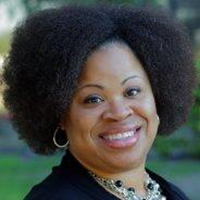 Paula Johnson, Ph.D., is director of the IDRA EAC-South, leading the center’s technical assistance and professional development pertaining to diversity, cultural competency and disproportional disciplinary actions against students of color. Dr. Johnson is a lifetime certified secondary mathematics educator who has dedicated over 25 years of service in education in various roles including department chair, curriculum specialist, and academic coach. She holds a Bachelor of Science in math and a minor in computer science from Prairie View A&M University, a Master of Arts in education with a concentration in instructional technology from the University of Texas at San Antonio, and a Master of Science in progress with a concentration in mathematics from Prairie View A&M University. She earned her doctorate in the Interdisciplinary Learning and Teaching program at the University of Texas at San Antonio. Her research foci include: (1) curriculum and instruction related to females and minorities in math and science, (2) equity in education, and (3) learner identity. 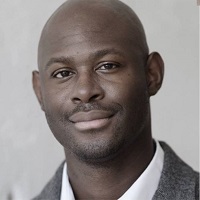 Victor Jones is a Senior Supervising Attorney at Southern Poverty Law Center in New Orleans. At SPLC, Victor leads the Louisiana Children’s Rights Practice Group, through litigation, policy, and public education, in fighting the school to prison pipeline, fighting for education equity, and ensuring access to mental health services for Louisiana’s most vulnerable youth.  Prior to joining SPLC, Victor practiced as an employment litigation and education attorney at Adams and Reese LLP and Deutsch Kerrigan LLP, both based in New Orleans. Prior to practicing law, Victor was a public school kindergarten teacher. Victor is a 2012 graduate of Loyola University New Orleans College of Law, where he was a member of the Moot Court Board, Student Bar Association, and selected by his peers as their student commencement speaker. In 2008, he received a Master’s Degree in Education (Prevention Science and Practice) from the Harvard Graduate School of Education. In 2007, Victor received a Bachelor of Arts in Literature from Xavier University of Louisiana, where he served as Vice President of the Student Government Association, and chapter president for his fraternity, Omega Psi Phi. 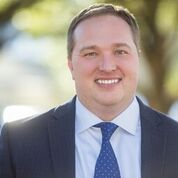 Dustin Rynders is the Supervising Attorney of the Education Team at Disability Rights Texas, a nonprofit law firm and member of the federally authorized Protection and Advocacy (P&A) network. While working from Houston, Dustin supervises a team of attorneys, advocates, and policy specialists throughout Texas who focus on education law. Dustin also maintains his own case load. In addition to special education advocacy, Dustin has represented students with disabilities in the foster care and juvenile justice systems in a wide variety of cases, and provides systemic policy education and advocacy at state and local level. In 2015, Dustin formed a partnership with Harris County Juvenile Probation Department, which allows a team of staff from his office to provide educational advocacy services to probation involved youth through a contract with the county. Currently Dustin services on the Advisory Committee of The Center for School Behavioral Health, Steering Committee of the Harris County Dual Status Youth Initiative, the Children’s Justice Act Task Force. 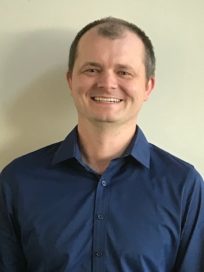 Michael Tafelski is a Senior Supervising Attorney at the Southern Poverty Law Center (SPLC). Mike leads SPLC’s Children’s Rights team in Alabama which focuses on: ending the school to prison pipeline, achieving educational equity, and improving children’s mental health. Currently, the Alabama team is leading a campaign to reduce the use of exclusionary discipline and the presence of law enforcement in Alabama schools. Prior to joining SPLC in 2018, Mike practiced with Georgia Legal Services Program for 11 years where he provided free civil legal services to low-income children and families focusing on education, health, housing, consumer, and public benefits cases. In 2017, Mike successfully argued the first school discipline case decided by the Supreme Court of Georgia which held that Georgia students cannot be suspended or expelled for exercising their right to self-defense. Recognized for his advocacy on behalf of children, Mike has received the State Bar of Georgia Dan Bradley Award and the Anti-Defamation League Southeast Region Young Lawyer Award. Mike graduated from Miami University (Ohio) with a BA in creative writing and received his JD from the University of Cincinnati College of Law.