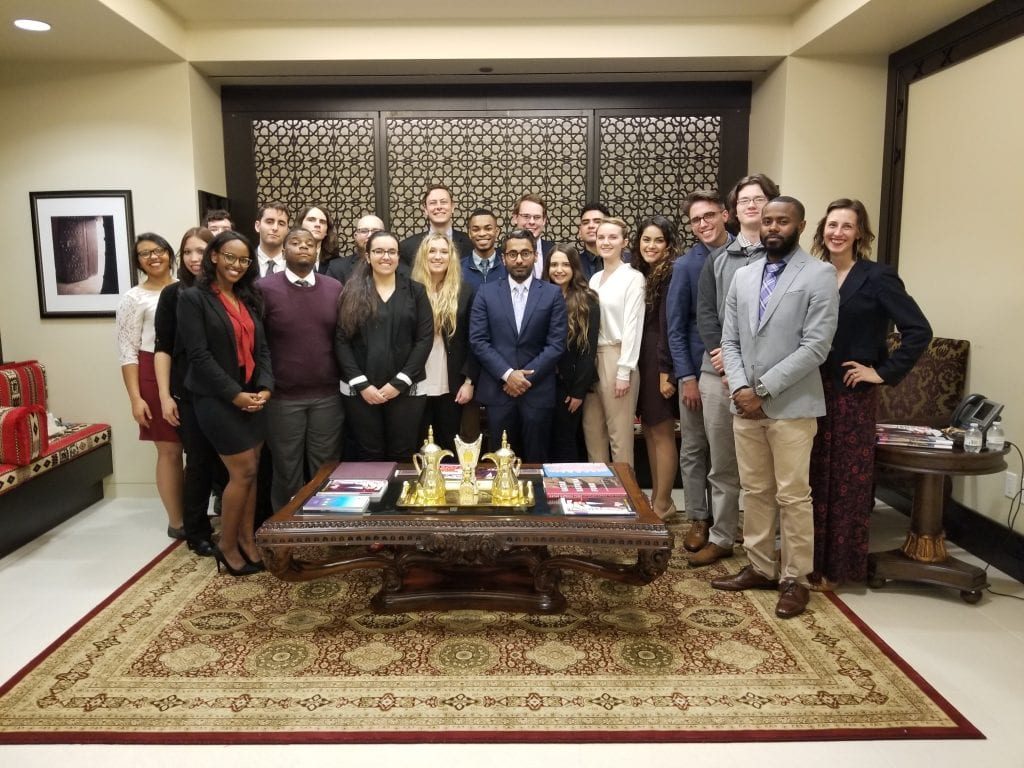 Two University of Arkansas at Little Rock students brought home the prize for the Best Delegation in Political Affairs at the Bilateral Model Arab League conference Feb. 16-18 at the University of Houston-Clear Lake.

Julie O’Hara of Little Rock and Jorge Luis Gonzales of Brownsville, Texas, were awarded Outstanding Delegation for their representation of Jordan on the Political Affairs Committee. They represented the Hashemite Kingdom of Jordan and debated topics on empowering youth movements and increasing political engagement from younger generations as well as establishing a framework to resolve regional instability.

“The thing I appreciated most about this event was that it gave me and so many others the opportunity to learn about relevant global issues and apply that knowledge in a practical way,” O’Hara said. “Beyond that, events like this allow us to strengthen connections between friends, like Jorge and me, as well as build new friendships with the students from other schools who are passionate about the same things we are. The experience as a whole is not something I will soon forget.”

The Model Arab League is a student leadership development program created by the National Council on U.S.-Arab Relations. It is a simulation of an international organization, the League of Arab States, which represents 22 countries.

The students also got a chance to put their diplomatic skills to use as they had a special meeting with Deputy Vice Consul General of Qatar Ahmad Al Jufairi at the Qatar Consulate on Feb. 16.

“It was such a great experience for the students to participate in this conference and especially to have a meeting at the Consulate,” said Dr. Rebecca Glazier, associate professor of public affairs and advisor to the UA Little Rock Model Arab League. “They were incredibly professional, and I am so proud of the thoughtful questions they asked of Mr. Al Jufairi. I saw them using what they learned in committee sessions the next day, so I know it was really helpful.”

A team of 20 UA Little Rock students will attend the National Model Arab League Conference April 4-9 at Georgetown University in Washington, D.C. The group will also visit Jordan’s embassy and the White House.