The University of Arkansas at Little Rock’s Middle Eastern Studies Program will begin a film series this spring to highlight important art from the Middle Eastern region and to facilitate discussion about important contemporary issues.

The first film, “Omar”, will screen Monday, March 12, at 6 p.m. in the Student Services Center, Room 104. The 2013 film by Hany Abu-Assad is a love story set against the backdrop of the Israeli-Palestinian conflict. The film will be followed by a discussion.

The film series will continue with “Amreeka” on March 27, “Incendies” on April 2, and “This is not a Film” on April 16. All films are free and open to the public. For more information, contact Dr. Eric Wiebelhaus-Brahm, (501) 683-7029 or ejwiebelhaus@ualr.edu 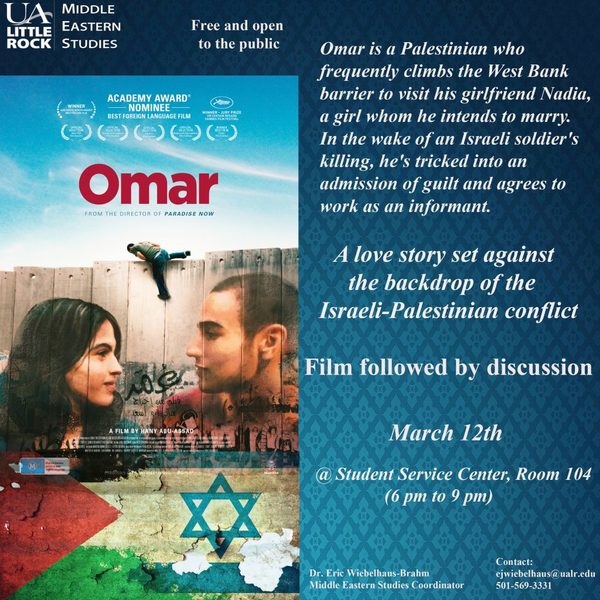 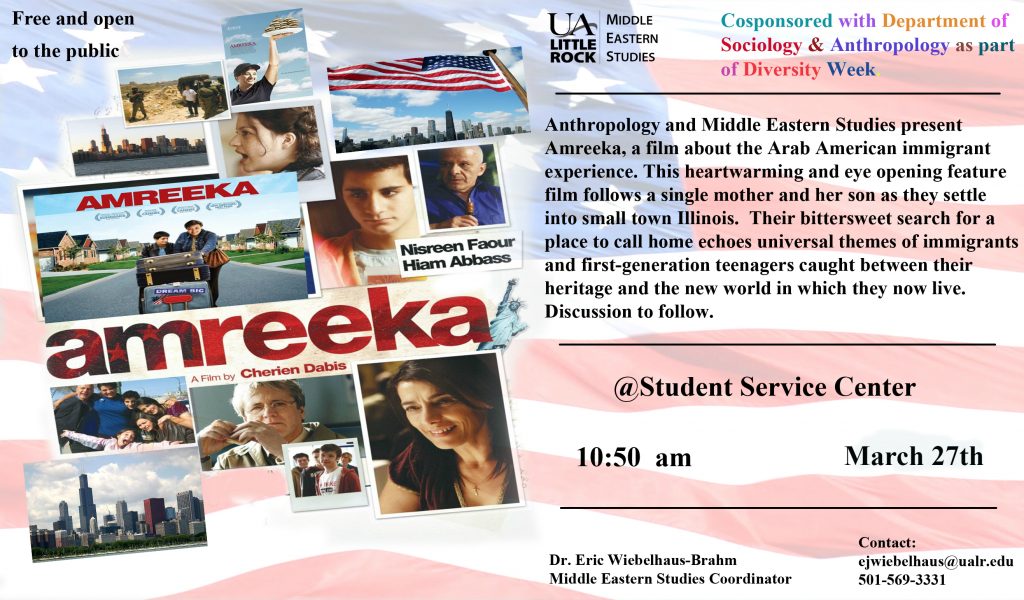 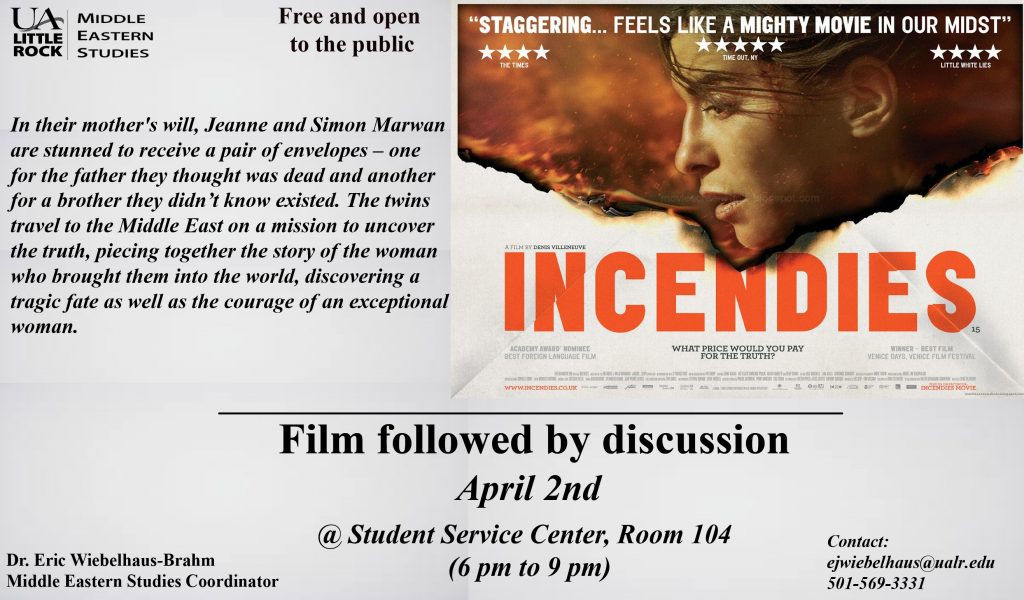