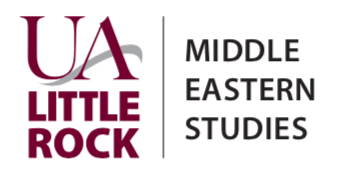 The Middle Eastern Studies minor is an interdisciplinary program that gives student the opportunity to study the Middle East in-depth by combining existing course offerings from a number of disciplines. The minor is available to students from a wide variety of majors, and is particularly valuable option for students majoring in International Studies, Political Science, Anthropology, or History. The minor consists of 18 credit hours, including three required upper-division courses in politics, cultures and history of the Middle East, and three elective courses with a focus on the Middle East. The list of available elective courses is expanding.

The minor requires 18 upper level hours to include:*

and 9 hours of elective credit selected from courses with a Middle Eastern focus including the following courses:*

Students can transfer credits for other minor-related coursework, including study of Middle Eastern Languages abroad. Other elective courses may be substituted with prior consent of the program coordinator.

*Please note that these classes are NOT offered every single semester, so contact the Middle Eastern Studies Chair or one of the MEST faculty members to find out about upcoming course schedules.