UA Little Rock enjoys a rich tradition of excellence in the choral arts. With three vibrant ensembles and a recently premiered small ensemble, there is a wealth of wonderful experiences awaiting those who love to sing and who want to be a part of the choral community. Singers who have studied at UA Little Rock have won acclaim in performing throughout the community, region, state, and nation.

Members of the UA Little Rock choral ensembles will travel to New York City to make their Carnegie Hall debut in June of 2022, under the baton of Director of Choral Activities, Dr. Lorissa Mason. Fundraising has begun, and we hope we can count on you for your support. 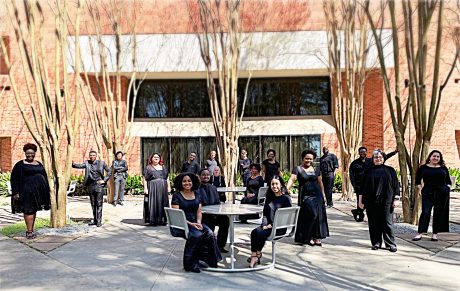 For experienced choral singers; open to students of any major.
The concert choir is a large, select soprano, alto, tenor, bass (SATB) choral ensemble that performs with repertoire of selections representative of the Renaissance through the contemporary periods.  (one credit hr.)
Pre-requisites: audition scheduled with instructor.

For experienced choral singers; open to students of any major.
The women’s choir is a select choral ensemble that performs and celebrates choral repertoire for women’s voices.  (one credit hr.)
Pre-requisites: audition scheduled with instructor. 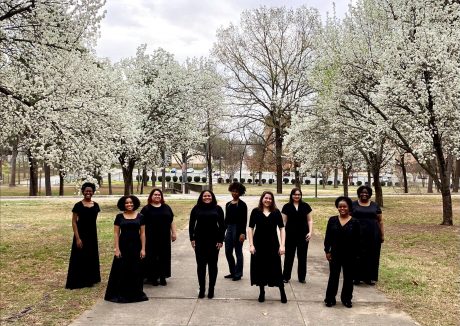 For advanced choral singers; open to students of any major.
The chamber singers is a small, select choral ensemble comprised of SATB voices.   (one credit hr.)
Pre-requisites: audition scheduled with instructor.  Singers must sing concurrently in Concert Choir to be considered for Chamber Singers. 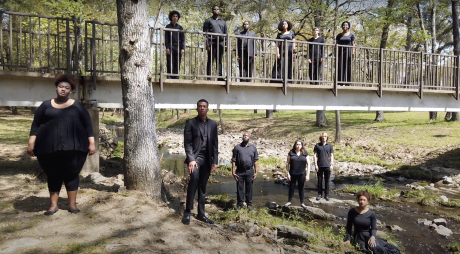 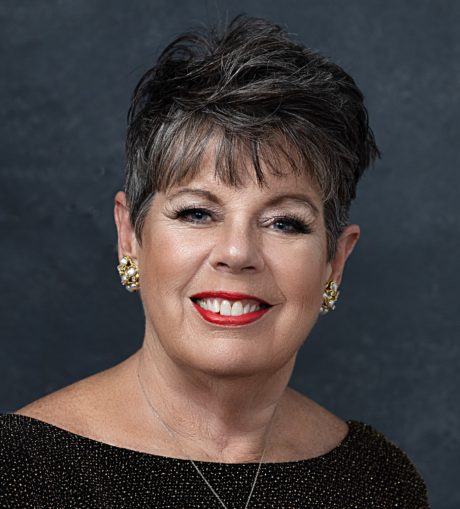 Other engagements include Nicklausse and the Muse in The Tales of Hoffman for Opera Columbus, Boston and Tanglewood performances of Götterdämmerung with the Boston Symphony Orchestra conducted by Bernard Haitink, Beethoven’s Ninth Symphonywith Pittsburgh Symphony, under the direction of Lorin Mazel, Vaughn-Williams Serenade to Music and Schubert”s Mass in e-flat, both with the Boston Symphony, conducted by Charles Dutoit, Mrs. Peecham in the THREE PENNY OPERA with Philadelphia Opera Theater, Katasha in the Mikado with the Hot Springs Music Festival, and the Witch in Hansel and Gretel for Opera Theater of Rochester, New York world premiere performances of Carson Kieveman’s California Mystery Park, and Susan Botti’s Wonderglass.

She has performed Freia in Das Rheingold, Ortlinda in Die Walküre, and Gutrune in Götterdämmerung in Seattle Opera’s RING, also appearing in their production of Le Nozze di Figaro as Cherubino. Ms. Kesling also was heard in Salome and Elektra with the Boston Symphony under the direction of Seiji Ozawa, the latter released on CD by Philips Records.

Notable highlights of her career include the role of Dinah in Houston Grand Opera’s production of Trouble in Tahiti, her La Scala debut as Dinah in Leonard Bernstein’s A Quiet Place, a role which Ms. Kesling later repeated at the Kennedy Center. Appearances on PBS’ “Live from the Met” telecasts include: Das Rheingold, Die Wälküre, Götterdämmerung, Mercedes in Carmen, the Sandman in Hansel and Gretel, Zulma in L’Italiana in Algeri, Cura in La Forza del Destino, and the Met Centennial.

Ms. Kesling maintains an active recital repertoire and has presented programs throughout the country including: UNC-Wilmington, the Ohio State University, Western Michigan University, University of Cleveland, University of Houston, Converse College (S.C.), Charlotte, N.C., Shreveport (La) Music Festival, John Brown University, Kokomo, Indiana as a part of the Affiliate Artist Program, the Hot Springs Music Festival, and a recital for patrons of the Metropolitan Opera, on the stage of the Met, accompanied by James Levine.

An ardent supporter of contemporary composers, Diane Kesling has performed in the premieres and workshops of a number of important American composers. These include: Leonard Bernstein’s A Quiet Place, Philip Glass’ The Panther, Carlisle Floyd’s Willie Stark, Tim Lloyd’s Dark of the Moon, Carson Kieveman’s California Mystery Park, Susan Botti’s Wonderglass, and David Ashley White’s Homages, which was dedicated to the mezzo-soprano.

Upon graduating from The Ohio State University, Ms. Kesling joined the Houston Opera Studio, where she studied voice with Elena Nikolaidi. After winning the Metropolitan Opera National Audition in 1981, she was invited to become a member of the Met’s Young Artist Development Program, and later a member of the company.

Ms. Kesling has added the new element of stage direction to her accomplishments. She directed and produced Amahl and the Night Visitors in Hot Springs, Arkansas. Subsequently, she was asked to direct the same opera for Opera Memphis. The following season, Diane returned to direct Don Giovanni at the Orpheum Theater in Memphis, for Opera Memphis. During the 2008 fall season Diane directed the world premiere of THE SCARLET LETTER by Lori Laitman at the University of Central Arkansas. Ms. Kesling is currently on the voice faculty of the University of Arkansas at Little Rock, where she teaches private voice. 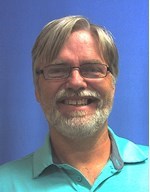 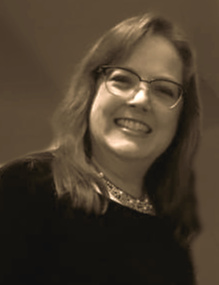 Leann Hatley has been a collaborative pianist at the University of Arkansas Little Rock since 2007.  She studied piano and organ under Harriet O’Neal at Arkansas State University where she earned a BA in Music with an emphasis in piano accompanying as well as a BS in Printing Management. While attending ASU Ms. Hatley was the recipient of the Donald R. Minx Memorial Scholarship as well as scholarships for piano, band and printing.

At UA Little Rock Ms. Hatley collaborates with numerous voice and instrumental students, the Concert and Chamber choirs, opera workshops and Vocal Arts Festivals.  During her tenure she has served as the rehearsal pianist as well as performed in the orchestra for The Magic Flute, Four Saints in Three Acts, Into the Woods, Hansel and Gretl, Amahl and the Night Visitors, The Telephone, Il Matrimonio Segreto and The Fantasticks.

Ms. Hatley enjoys accompanying both professional and local theater productions.  She had the privilege of playing second keys for the national  touring companies of Beautiful: The Carole King Musical and Wicked when they performed at Robinson Auditorium in Little Rock in 2019 and 2020 respectively.  At the Arkansas Repertory Theater she played in the pit band for Sister Act in 2017 and Mamma Mia! in 2018.  In 2017 she performed in the stage band for Smokey Joe’s Cafe at Murry’s Dinner Theater in Little Rock, and at Wildwood Park for the Performing Arts was the rehearsal accompanist and pit pianist for Annie, Into the Woods, Seussical, and The Wizard of Oz.  In 2018 she performed as second pianist in the 2 piano adaptation performance of My Fair Lady for Arkansas Shakespeare Theater in Conway, AR, where she also served as Assistant Music Director for Guys and Dolls in 2019. In local community theater she played keyboard for The Weekend Theater’s production of Bare: A Pop Opera as well as A Chorus Line, Ragtime and Pippin at Argenta Community Theater.

Ms. Hatley serves as organist at Christ Little Rock and Park Hill Christian Churches in addition to keyboardist at St. Anne’s Catholic Church in North Little Rock.  She accompanies numerous high school and middle school choir concerts in the central Arkansas region throughout the school year.  Leann maintains a private piano studio and also teaches at Little Rock School of the Arts and Wildwood Academy of Music and the Arts. 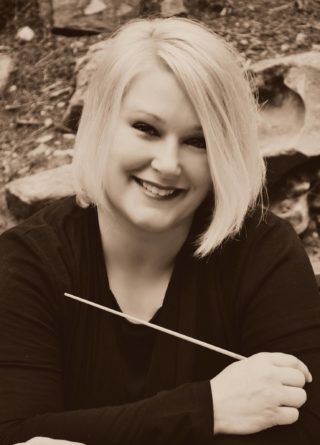