Tom Richeson is an Associate Professor of Music at the University of Arkansas at Little Rock where he served as Jazz Studies Coordinator for 20 years. He also serves as Doyen with International Cultural Exchange (ICX), an organization that promotes cross-cultural exchanges in the arts and education for the purposes of enlightenment, understanding and compassion. ICX helps facilitate international performance tours, cross-cultural teaching/mentoring opportunities and peer networking for artists and educators. As a tr 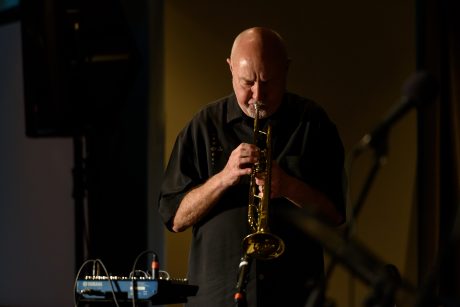 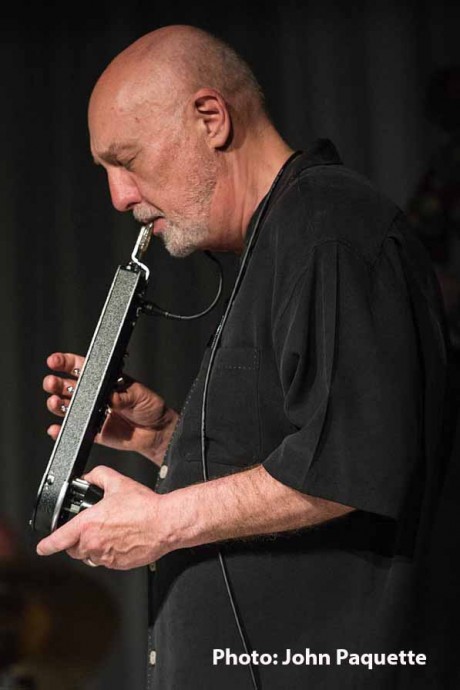 Ted Ludwig, Stefano Sabatini, Jerry Coker, Mark Boling, Donald Brown, Jon Hamar, Jim Self, and Frank Sinatra, with Buddy Rich and Ella Fitzgerald (both with the Arkansas Symphony Orchestra), and on tours with many pop groups, including The Jacksons, Diana Ross, Lou Rawls, and The O’Jays. In academic settings he’s performed with many jazz artists, most notably, Jack DeJohnette, Maria Schneider, Gary Foster, Carl Fontana, Victor Wooten, Alvin Batiste, The Mark Boling Trio, and Airto Moriera. He also plays MIDI wind controllers. Tom received Bachelor of Music (1973) and Master of Music (1982) degrees from the University of Tennessee in Knoxville. Honors include induction into the Arkansas Jazz Hall of Fame (2014), Visiting Professorships at Qingdao and Binzhou Universities in China (2014), and a National Endowment for the Arts Jazz Fellowship (1986). He was the first guest student instrumentalist to ever appear with the United States Air Force Band in Washington, D.C. (1969). Tom is the lead author of The Mystery of Music, 2012 McGraw-Hill Learning Solutions and a contributing author of The Jerry Coker Figure Reading Series – Rhythmic Studies Of Today’s Music, 1987 Studio PR Columbia Pictures Publications. Recordings include A Tribute to Jerry Coker (2005) and Jazz Tracks (2014). A Jazz Tracks review at www.allaboutjazz.com received 4 1/2 out of 5 stars http://www.allaboutjazz.com/php/article.php?id=49627 Mr. Richeson endorses Torpedo Bags.

MUHL 3351 History of Rock A study of the evolution of rock music from its pre-rock origins to the present.

MUHL 3361 Jazz History and Styles A study of the development and styles of jazz music and its principal exponents.

MUHL 2305 Introduction to Music Introduction to the creative process and history of music, vocabulary and descriptive terms used in the musical arts, and how to write about them.

Bill Scarlett, Jazz From the University of Tennessee (1993) UTCD 001

a gift of winds

musicianship is of a high caliber …the material is superior!

great control and mastery of the EVI.

master of the art form. You sound like a fish in water with [the electric funk] stuff.

beautiful music from the heart.

mastery of the EVI and Trumpet, impressed with his writing, BRAVO!

masterful mood painter as a composer and arranger.

maintains the integrity and pureness of jazz, while weaving a tapestry of modernity

one the few players who can burn though a set of complicated chord changes and still maintain a sense of beauty and grace.