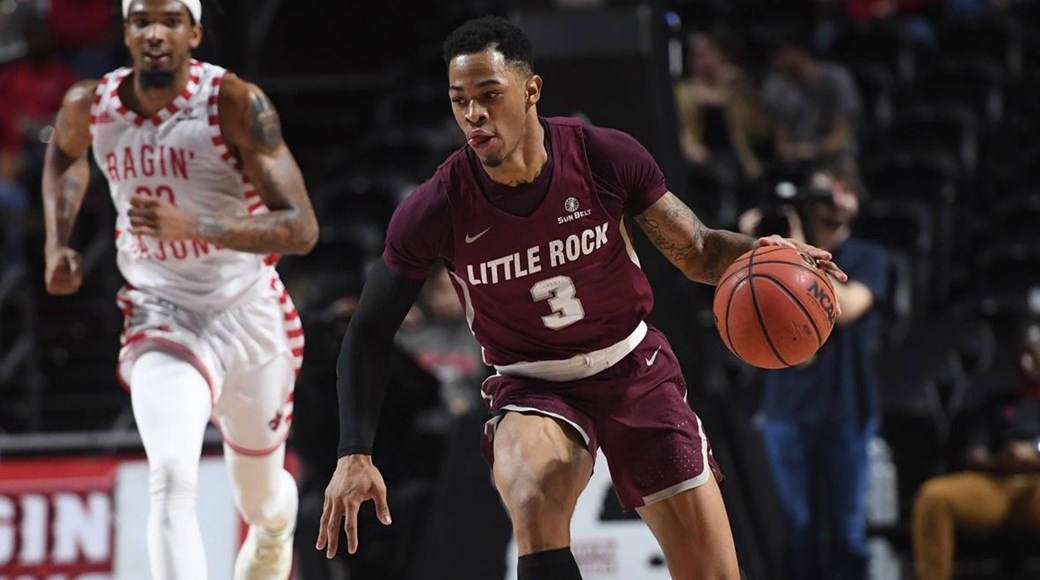 A former Trojan basketball player, Rayjon Tucker, has been signed to the Utah Jazz.

Tucker signed with the Jazz after spending the first part of the season with the Wisconsin Herd, the NBA G League affiliate of the Milwaukee Bucks. He started 16 games for the Herd, averaging 23.8 points, 4.6 rebounds, and 2.8 assists in 33.8 minutes per game. Tucker was shooting 49.4 percent from the floor and had eclipsed the 30-point mark in each of his last three games.

The Charlotte, North Carolina native was a mainstay on the court for Little Rock last season, ranking 34th nationally in minutes per game at 36:32, playing 35 or more minutes in 23 of his 30 games. Tucker closed the regular season ranked 26th nationally in free throws made at 164 (ranking fourth in program history) and connected on 77.7% of his free throw attempts, ranking eighth in the Sun Belt Conference.

A scoring threat all over the court, Tucker finished with 72 three-pointers made in 2018-19, ranking sixth in the league and 12th for a single season in program history, while ranking 10th in the Sun Belt in rebounding (6.7), and third in defensive rebounds (6.0). He also finished the year with 27 dunks and six double-doubles, scoring in double figures in 29 of his 30 games while scoring 20 or more points on 15 occasions.

Tucker was named second team All-Sun Belt Conference, as well as a second team NABC All-District 24 selection. He finished his collegiate career with 1,061 career points, including the 471 he scored in two seasons while at Florida Gulf Coast.

He is the ninth player in program history to sign a deal with an NBA franchise and the first since Shane Edwards signed a mid-season deal with the Cleveland Cavaliers during the 2013-14 season.