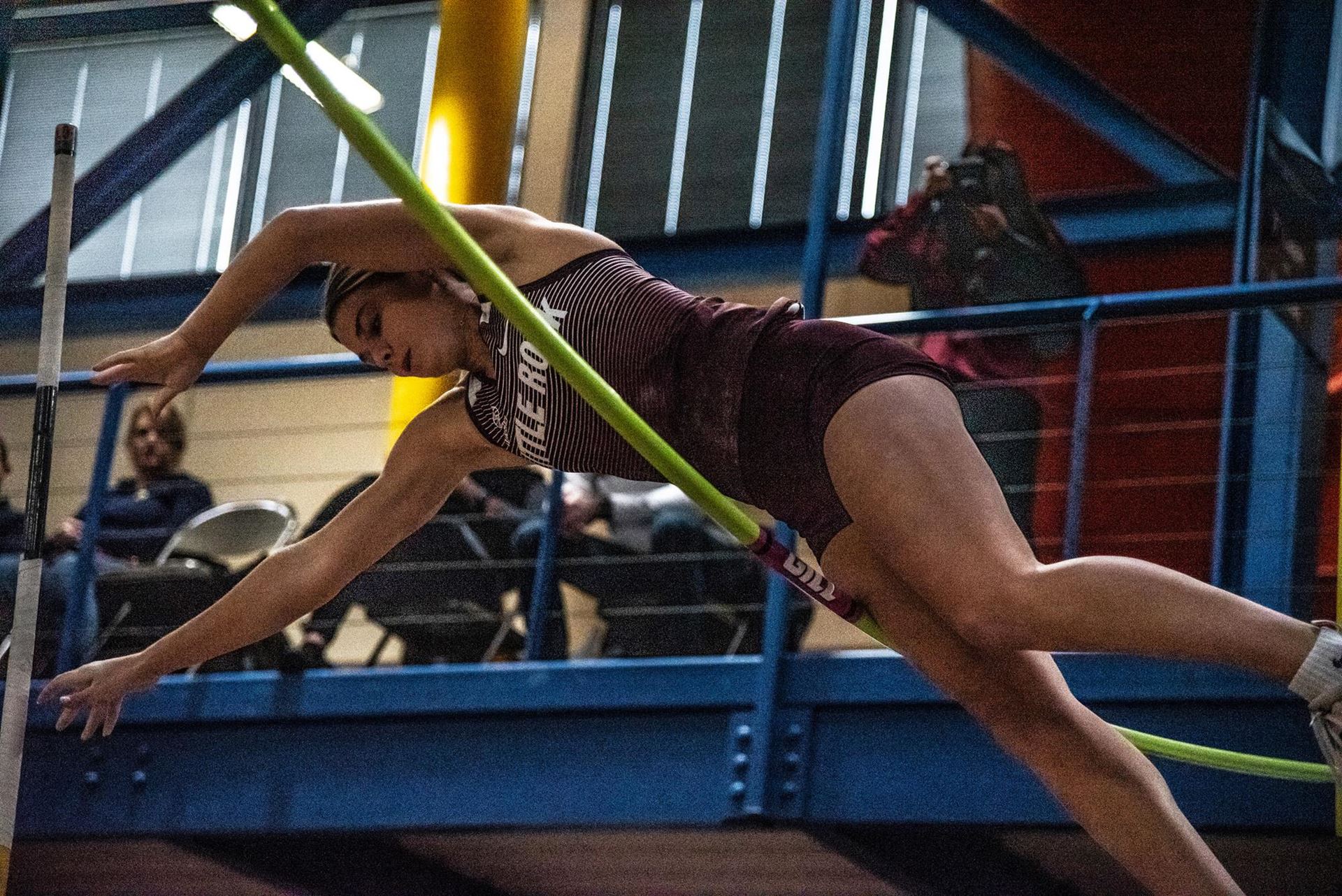 It was a memorable day for UA Little Rock’s track and field program. Not only did the Trojans compete at a Razorback-hosted meet in Fayetteville on Jan. 17 for the first time, but two freshmen broke school records.

For freshman Tricia Pierce, it was her own standard the freshman vaulter would surpass. She registered a height of 11-5.75 (3.5m) in the pole vault to break her own school record to finish ninth overall.

It was also a memorable day for freshman Mia Dunning. Not only did she record two top-five finishes at the meet, but her throw of 52-0.5 (15.86m) in the weight throw broke a 23-year old school record and placed her third in the event.

Dunning, a Wisconsin native, also placed fourth in the shot put with a personal best throw of 41-4.25 (12.6m). That mark ranks as the sixth-best shot put throw in school history.