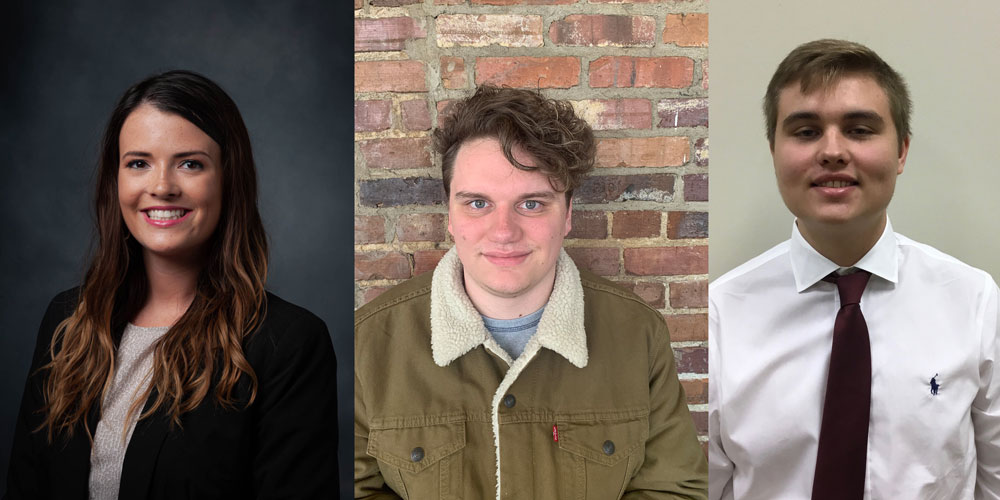 Three students from the University of Arkansas at Little Rock have won a $4,000 prize in the e-Fest Business Plan Competition for their pitch for CloudCare, a smart baby monitoring app designed by a UA Little Rock professor.

“Being able to build and develop a viable business plan while still pursuing our respective degrees has been an incredible experience,” Herman said. “It’s definitely been challenging, but we are grateful for the opportunity to grow both professionally and academically while representing UA Little Rock. Creating a video pitch came with its own unique challenges, but we enjoyed the exciting opportunity to represent CloudCare.”

The team was pitching CloudCare, a smart baby monitoring app that works alongside the parent by generating real-time push notifications based on a baby’s movements and breathing patterns. The technology was developed by Dr. Mariofanna Milanova, a professor of computer science, and her research team.

“The app is unique as it uses smart technology to send real-time notifications to parents based on best sleeping practices,” Herman said. “For example, best sleeping practices recommend that babies sleep on their back. If a baby were to turn on its stomach, the parent would immediately receive a notification reminding them to let the baby sleep on its back. The app also tracks a baby’s sleeping patterns so that parents can make the best choices for their baby.”

Finalists for e-Fest usually receive an all-expenses paid trip to the Schulze School of Entrepreneurship in Minneapolis for a three-day competition and networking event in April, where they compete for $250,000 in prize money. However, this year’s event was canceled due to the COVID-19 pandemic. Thanks to support from the Richard M. Schulze Family Foundation, the student teams received a $3,000 award, and their universities received a $1,000 grant.

“We are grateful for our advisor, Martial Trigeaud, who provided invaluable insight and guidance, Dr. Milanova and her team for developing the technology and their continued support, and the College of Business,” Herman said.