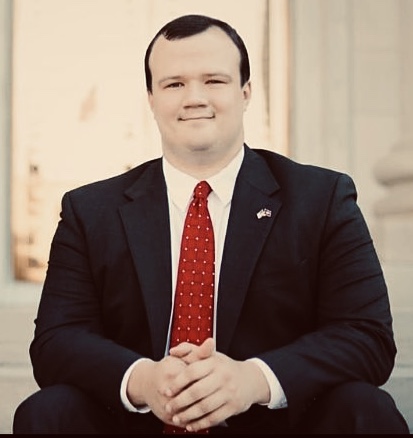 A University of Arkansas at Little Rock graduate student is one of 10 Arkansas students who are participating in a summer internship program in the office of Arkansas Attorney General Leslie Rutledge. Drew Martin, a Bryant native who is earning a master’s degree in public administration, is interning in the Public Affairs Department.

“I’ve enjoyed every moment of my internship,” Martin said. “I always came in early and stayed as late as I could. It’s been a unique experience that I am grateful for. I’m working with great people.”

Despite a brief delay in start dates due to the COVID-19 pandemic, the Attorney General’s Office Annual Summer Internship Program has provided a variety of experience to students and future leaders in a safe environment.

“I am excited to offer this exclusive internship program that allows students to gain firsthand and unique experiences in public service,” Arkansas Attorney General Leslie Rutledge said. “Each intern will work with the professionals in various areas of the office where they learn the value of helping Arkansans.”

As an intern, Martin has been working on the 2020 Outstanding Law Enforcement Officers of the Year Awards, an annual ceremony that honors officers who have performed admirably in the line of duty.

“The Attorney General has a banquet where she honors a police officer from every county in Arkansas,” Martin said. “I was getting nominations to help honor the men and women who put their lives on the line in this state. We are also reviewing the transcripts of calls and voicemails from constituents who call the Attorney General’s office to get a better understanding of how many people report robocalls and other issues in the state. We’ve already met with the Attorney General to tour the office, and I am really looking forward to a meeting with the chief justice of the Arkansas Supreme Court.”

After he graduates in 2021, Martin plans to attend law school or pursue a career in state government. His past experiences as an intern for Congressman French Hill and as an assistant field director for the Republican Party of Arkansas in Saline County have given him an interest in a career in politics. He also involved in several political organizations. He serves as third vice chair of the Saline County Republican Committee, as secretary of the Central Arkansas Young Republicans, and is the new chair of the College Republicans chapter at UA Little Rock.

As someone who is considering attending law school, Martin has found his internship experience invaluable, especially after he discovered the scope of activities in the Attorney General’s Office.

“The Attorney General’s Office does a lot more than just law,” Martin said. “They put on a large number of continuing education webinars for lawyers, pharmacists, doctors, and other professionals. They make educational videos, such as warning against the dangers of teenage vaping in Arkansas. They work with many constituents individually, such as investigating scams and complaints against businesses. I couldn’t ask for a better group of people to work with.”