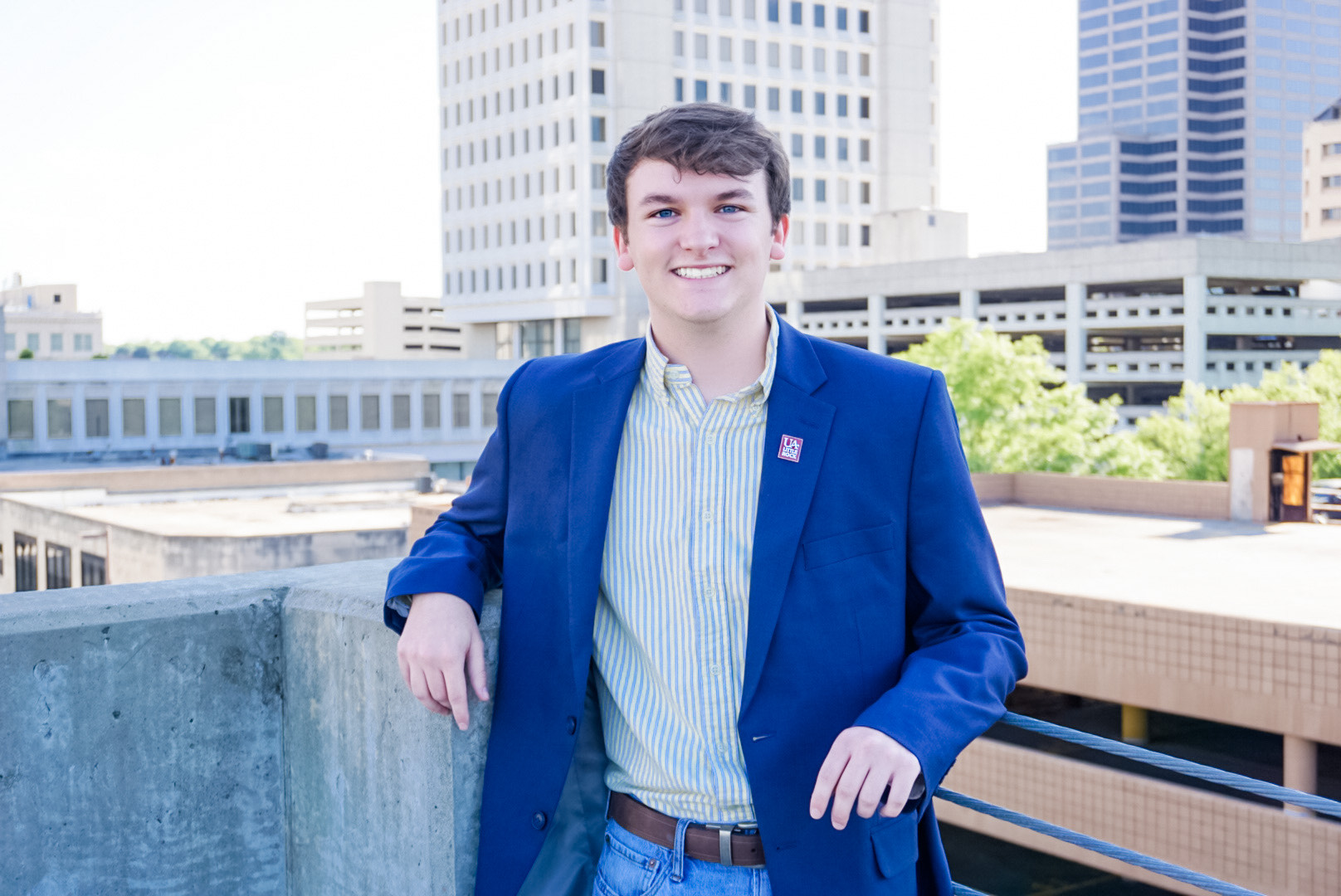 The president of the University of Arkansas at Little Rock Student Government Association is getting some valuable political experience both in and out of the classroom.

“I’m a political science major, and I do eventually want to get involved in politics,” DeKay said. “It was interesting to see how my perception of government in action wasn’t the same as what I experienced. The internship helped guide me in the way in which I knew I wanted to serve those around me. I do know, however, that I want to be out in the field more, attending events and talking to people.”

DeKay’s internship, which began in January, got interrupted by the COVID-19 pandemic in March. Although he was unable to continue work from home, DeKay got called back at the end of April and completed the internship over the summer.

As an intern, DeKay tackled jobs from prepping mass mailers to answering phone calls from concerned citizens and going on events with Congressman Hill.

“I looked for interesting stories in the newspaper that could potentially be written into one-minute speeches that are given on the House floor,” he said. “I also wrote congratulatory notes for constituents. I tracked constituent outreach events by the seven counties in the Second District of Arkansas. This will help Congressman Hill’s staff know what counties to focus on as we approach the November election. I also put together a contact list used for outreach regarding our state’s COVID-19 response.”

He also got the opportunity to accompany Hill on a tour of the building site of the new Saline County Career Technical Education Center under construction in Benton, and met Sarah Huckabee Sanders, former White House press secretary, on a video call with Hill’s staff.

DeKay has learned some valuable lessons about nonpartisan politics that he thinks will come in handy during his time as president of the Student Government Association at UA Little Rock.

“The district office is nonpartisan,” DeKay said. “You work with every single constituent, and you aren’t supposed to have any biases. You look for solutions that benefit everyone. Working with the SGA, you need to have the same mentality. Every situation is different. You have to leave with a non-biased viewpoint and make the decision that best impacts the people around you.”

Once he graduates from UA Little Rock in May 2021, DeKay plans to attend law school. He would encourage anyone interested in politics to pursue a political internship, so they can gain valuable experience for their future career.

“The experiences that I gained while being an intern at this office was amazing,” he said. “When you get out of your comfort zone, your internship experience will be the best.”