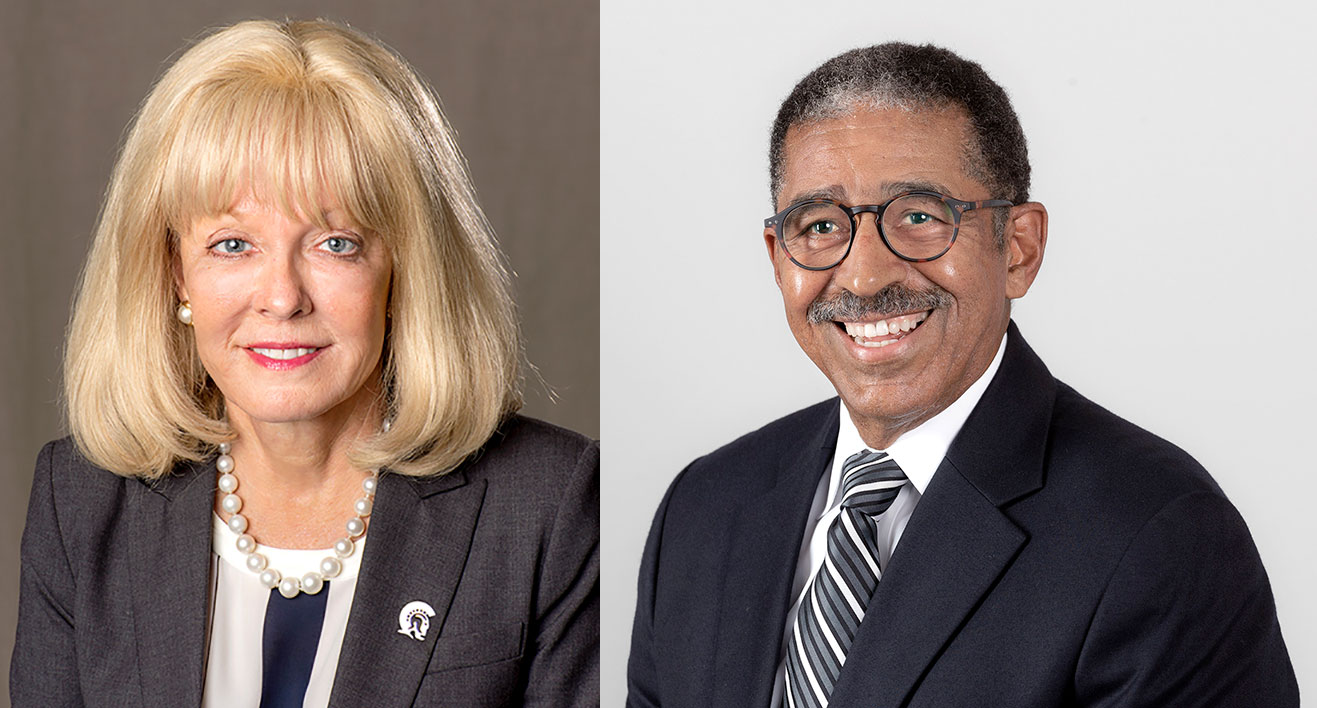 The University of Arkansas at Little Rock will honor outstanding graduates Ron Sheffield, ’72 and ‘89, Becky Blass, ’73 and ’82, and Katie Zakrzewki, ’20, with its Distinguished Alumni awards during a virtual ceremony at 11:30 a.m. Friday, Oct. 23.

The UA Little Rock Alumni Association annually awards the Distinguished Alumnus Award to a Little Rock Junior College, Little Rock University, or UA Little Rock alumnus. The award is reserved for individuals who have achieved extraordinary distinction in their chosen field and made special contributions to the community.

“Ron is known for his distinguished record of service to the people of Arkansas,” said Christian O’Neal, vice chancellor for university advancement. “As a student at Little Rock University in the 60s, he helped to integrate the LRU baseball team. Later in his career, he became only the sixth African American to serve on the state’s highest court. Ron remains a visible and vocal supporter of the University of Arkansas at Little Rock and of Trojan Athletics, where he is a fixture at most basketball home games.”

After serving in the U.S. Air Force, Sheffield earned a bachelor’s degree in political science and a Juris Doctor from the UALR Law School (now the William H. Bowen School of Law). In 2010, he was appointed to the Arkansas Supreme Court by Gov. Mike Beebe. His most important opinion led to the liberation of the West Memphis Three, the three young men convicted of first-degree murder of three boys in West Memphis in 1994.

He also served as deputy commissioner of the Arkansas Insurance Department, where he investigated complaints against insurance companies. This led to the establishment of a consumer division to expose insurance schemes that defrauded college students, farmers, and others. The division’s investigations resulted in millions of dollars in lost revenue for those affected in Arkansas and the nation.

In 2004, Sheffield ran for lieutenant governor against Winthrop Rockefeller. He was the first African American in the school’s history to be inducted into the Lettermen’s Hall of Fame in 2014 as a baseball player. A .346 hitter who started in center field, Sheffield had a reputation as an outstanding hitter and base runner and earned NAIA All-District honors in 1971.

The Presidents Award was established to recognize UA Little Rock graduates who achieved success in their career, donated time and talents to their community, and remained in touch with their alma mater as a volunteer and resource person.

“Becky is a passionate advocate for the university,” O’Neal said. “She is a tireless proponent for students and their involvement in campus life. She has dedicated her volunteer work to the Chi Omega Sorority as well as the UA Little Rock Alumni Association. Becky leans in so that students will have an experience that will make their time at the university the most memorable and meaningful. Whether it is finding the right spot to host a recruiting event, or raising money for endowed scholarships, you can count on Becky giving 110 percent.”

Blass earned a bachelor’s degree in business and a Juris Doctor from UA Little Rock. A tireless supporter of scholarships, Blass was active in Chi Omega Sorority as a student and is still involved with the organization today. She was instrumental in establishing its first endowed scholarship and assisted in the sorority’s 50th anniversary celebration in 2014. She is also the immediate past president of the UA Little Rock Alumni Board of Directors and has been a proponent of encouraging alumni to establish needs-based scholarships.