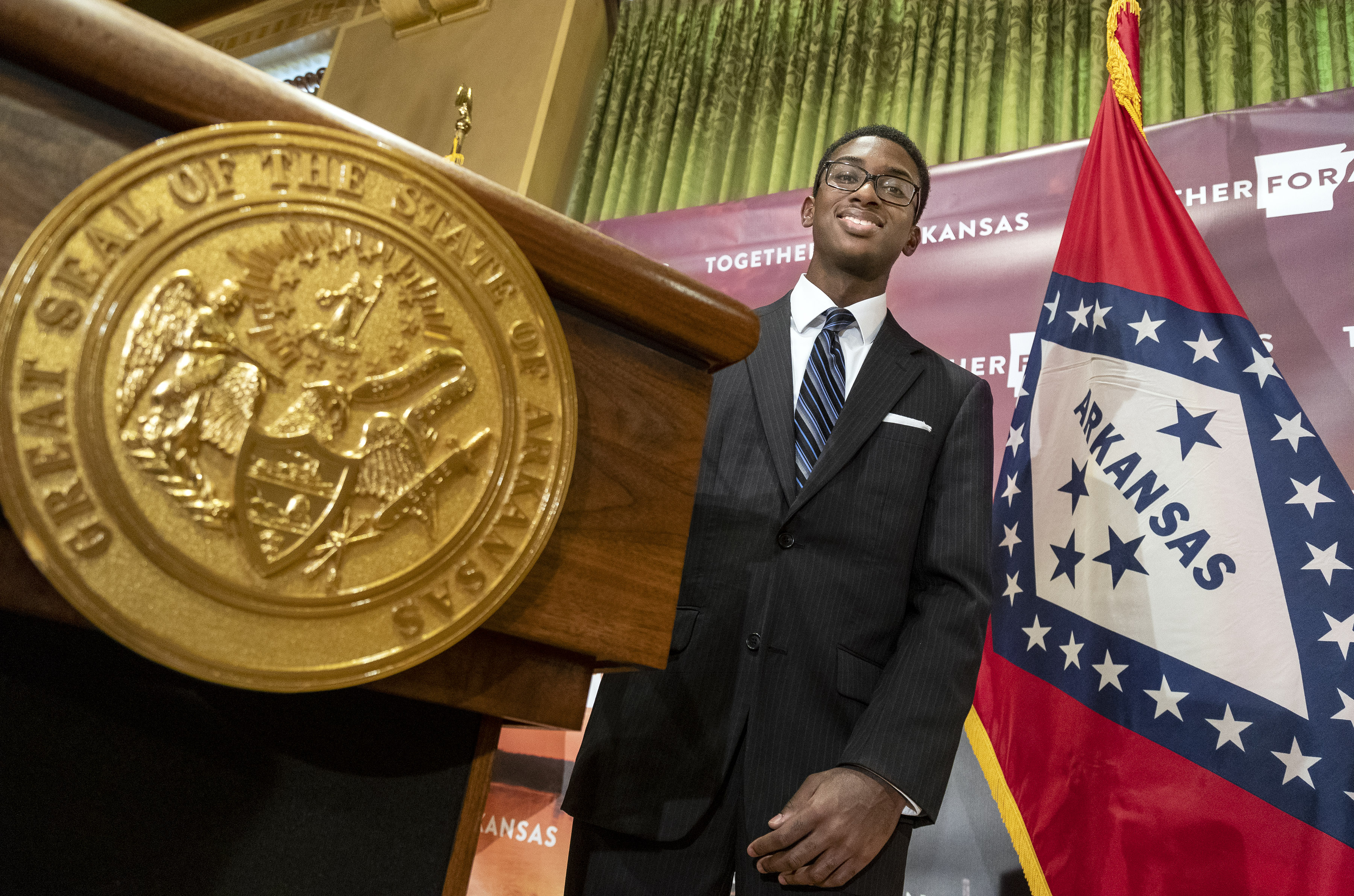 Joshua Johnson, a senior management major at the University of Arkansas at Little Rock, gained some valuable experience while serving as a summer intern with Gov. Asa Hutchinson’s office.

“I wanted to get some networking in and meet influential people around the state, become more knowledgeable about how the governor runs the state, and expand my horizons,” Johnson said.

Johnson spent his internship time speaking with constituents about their concerns and researching topics like mask mandates and the impact of the George Floyd protests. During the internship process, Johnson and all of the interns were given the opportunity to visit the state capital and have lunch at the Arkansas Governor’s Mansion.

“I would say the internship helped me when it comes to listening to other points of view,” he said. “It will help me to be open to people who think differently than me. All of the interns had different viewpoints, and we conversed openly about many topics. I think that helps me relate to people better.”

Johnson, who has been a member of the UA Little Rock Student Government Association for the past two years, said his work as a senator helped prepare him for the internship.

“Being in the Student Government Association, I had to get used to working in a team setting,” Johnson said. “That served me well in my internship. I believe working with my peers in the SGA helped bring those important team skills to my internship.”

After he graduates in May, the Little Rock native has plans to get an MBA, perhaps go to law school and possibly enter politics. Whatever the future brings, Johnson is sure the experience he gained and lessons learned from his internship will help him be successful.

“I learned a lot of valuable lessons, but there is one that stood out the most,” Johnson said. “Even though the Governor is the head of a state, it’s a team effort. The governor makes the decisions, but he doesn’t run the state all by himself. He has a team of advisors that he consults with before he carries out his agenda.”