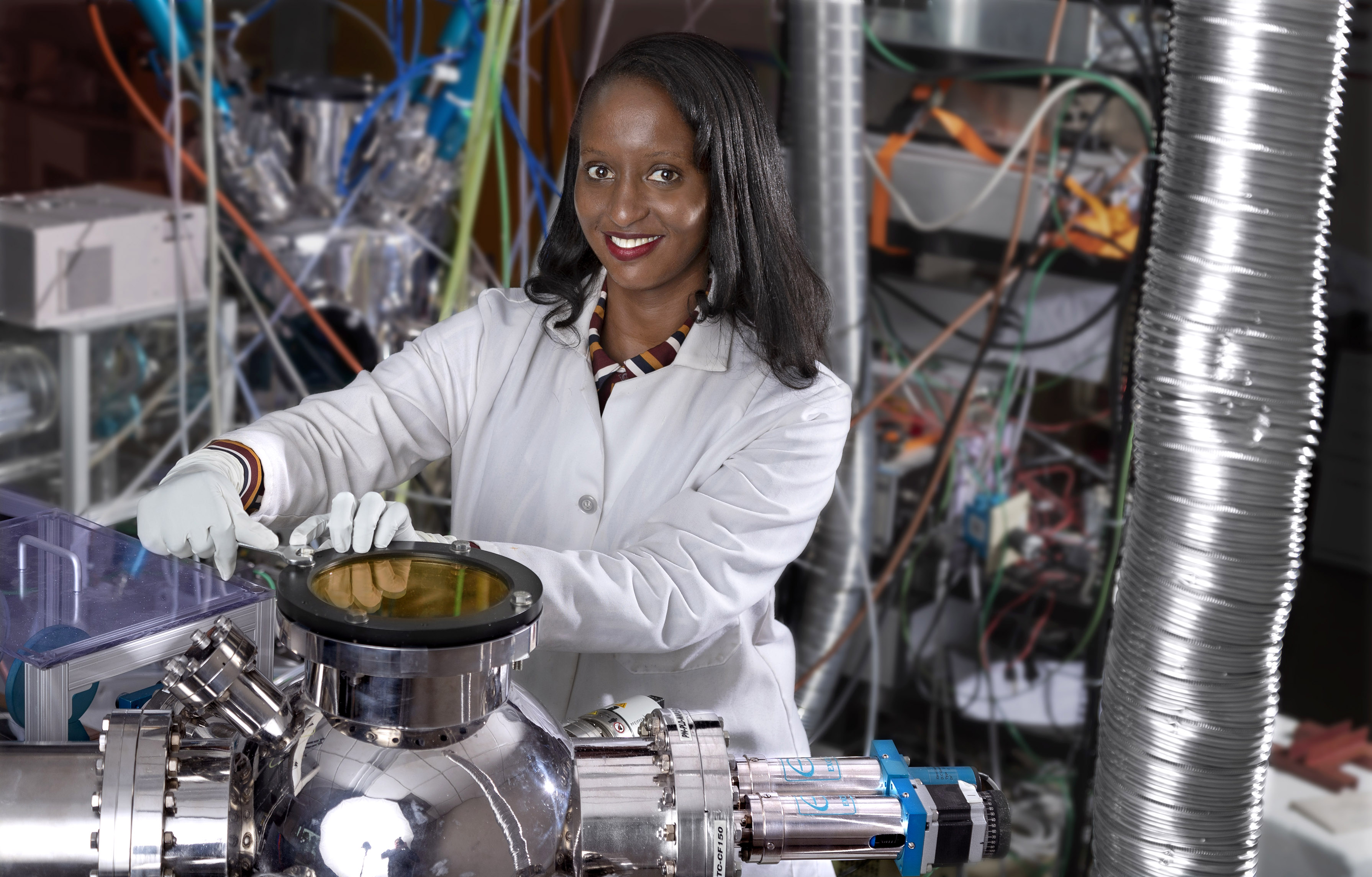 Ingrid Safina, an applied biosciences doctoral student, will graduate in December with a Ph.D. from the University of Arkansas at Little Rock, multiple published papers, and a job offer from Columbia University.

Safina first joined UA Little Rock in 2009 as an undergraduate student intent on a career in medicine. After graduating with a Bachelor of Science degree, she began pursuing a doctoral degree in applied biosciences.

In 2016, she joined the UA Little Rock Center for Integrative Nanotechnology Sciences (CINS) as a graduate research assistant. At the center, Safina received hands-on mentoring and training in biomedical research with a focus on skin regeneration.

For the next four years, she investigated new ways to use nanoscale materials to regenerate skin. These techniques are designed to help patients who have lost significant amounts of skin due to burns, disease, and trauma. While skin grafts are the most common treatment for such serious wounds, this method isn’t always safe and effective for all patients. Synthetic material-based methods like Safina’s could be a more accessible solution.

This biomedical research allowed Safina to combine her academic studies with her desire for a career in the medical field. As her research progressed, so did her motivation.

“It has been my longest dream to work in the medical field,” Safina said. “My original motivation was the value associated with it. The medical field is very highly regarded everywhere and particularly in my native country, Rwanda. My parents encouraged me to pursue it, and I did because I wanted to make my family proud. Now, my motivation has changed a little bit. I am motivated because of the success I have been able to achieve and the many possibilities ahead to contribute to the scientific world, specifically in finding new therapies that work and preserve good health.”

Under the mentorship of Dr. Bao Vang-Dings, research assistant professor, and Dr. Alexandru Biris, director of the Center for Integrative Nanotechnology Sciences, Safina has published one peer-reviewed paper as first author and another as co-author, with more in progress.

“Watching Ingrid grow as a student and a person over the past four years has been a privilege,” Biris said. “Her curiosity and strong work ethic make her a great scientist, and I’m looking forward to seeing what she does next. We’re pleased that working at the Nano Center was a positive, influential part of her journey.”

Vang-Dings said that she enjoyed watching Safina grow from a student to a scientist with a promising future.

“It is always encouraging to see the metamorphosis of students as they transition into independent Ph.D. scientists,” Vang-Dings said. “When Ingrid and I first met, she understood the theory and practice of the scientific process but did not actively participate in it. Over time, I’ve watched her take ownership of her projects as she transitioned into a fully independent scientist through hard work and determination. I am fortunate to have had a role in her scientific development, and I wish her only the best success in the next phase of her scientific career.”

Safina says that her time at CINS has been transformative both professionally and personally.

“I am deeply thankful for the amazing opportunities I found at CINS to grow as a researcher,” she said. “My experience here has helped me become confident to pursue my dreams, encourage others, and be a role model for accomplishing efficient work in a timely manner. Our advisors and the CINS staff are great models in those areas—confidence and leadership.”

For Safina, who grew up in Rwanda and came to Arkansas to pursue higher education, being a part of the Nanotechnology Center also gave her a sense of family—a vital feeling for people without their biological families close by, she says.

Now, Safina will once again make a major move to pursue her dreams in New York. She has accepted a position as a postdoctoral research scientist in the College of Dental Medicine at Columbia University. At Columbia, she will work on a wide variety of projects that utilize the skills she earned at UA Little Rock.

“I am so thankful for the hard work that the CINS staff does to help us finish our degrees with vast knowledge and skills that make us very competitive in the workforce,” Safina said.