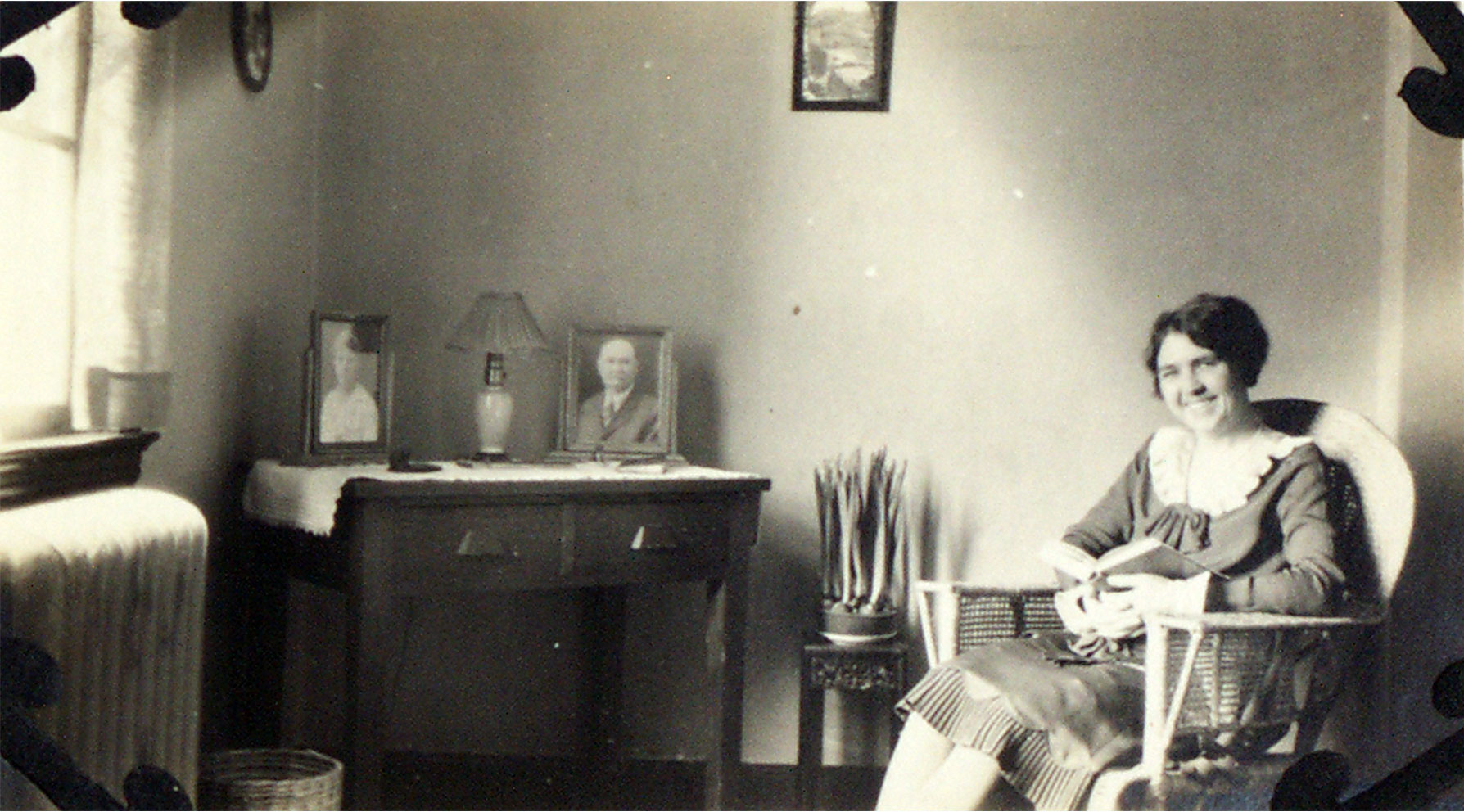 A University of Arkansas at Little Rock student has detailed the life of Pearle McCain, a missionary from Arkansas who spent 40 years serving in Japan and China, in his graduate research.

Jason Littleton of Little Rock will graduate this December with a master’s degree in public history. He discovered McCain’s personal journal and photographs while interning with the United Methodist Museum of the Arkansas Conference, located at First United Methodist Church in Little Rock, during the fall 2015 semester. He was fascinated with her story and detailed it in his thesis, “The Light We Cast: The Life of Pearle McCain.”

“I happened upon a cardboard box with an unprocessed collection of Pearle McCain’s materials,” Littleton said. “I read her journal, and she was being kicked out of China because of the Japanese invasion. The more I read, the more I found her to be a truly authentic person. Her religious beliefs guided her life in a way that you don’t often see anymore. She was a rare person where it seemed like everything she did – the impetus for that was her faith and her love of humanity. In a quiet and humble way, she was really a very extraordinary person. Her journal and photographs brought that to life, and I wanted to tell her story.”

Born as the eighth of 10 children in 1902, McCain, a native of Hazen, became interested in missionary work in elementary school. She earned degrees from Galloway Women’s College in Searcy and Scarritt College for Christian Workers in Nashville, Tennessee, and taught for four years at Sue Bennett College in London, Kentucky, while waiting for her missionary assignment. She traveled to China in 1929 and served as a missionary and teacher until 1942, when she was forced to return to the U.S. due the Japanese invasion of China during World War II.

While visiting a missionary friend in Soochow (Suzhou), McCain became stranded because of events surrounding The First Battle of Shanghai—a series of battles between Japanese soldiers and the Chinese military seen as an intentional step by Japan to further its territorial conquest of China that began in September 1931, with the Mukden Incident.

“Stranded in Soochow for several weeks, McCain volunteered her time and efforts in aiding the hundreds of refugees displaced by the fighting who sought shelter at Soochow University,” Littleton said. “This incident provides an early example of Pearle McCain’s dedication to service especially in the face of danger and uncertainty; it is indicative of her lifelong commitment to her philosophic and religious ideals that came to the fore during the Chinese Invasion of Shanghai and afterwards.”

McCain was teaching English, led Sunday School lessons, and served as assistant principal at the Susan B. Wilson School, a grammar school for Chinese girls, when Japanese forces invaded Shanghai in 1937. In August, McCain and a friend visited McTyeire School, where McCain used to teach. Their train became “overladen with people desperate to flee the conflict.”

“Until her forced evacuation on August 20, McCain spend her time assisting the church personnel and tending to the needs of the refugees. Her journal entry on the evening before their departure offered a rare glimpse into the emotional distress she experienced during this time. ‘…leaving the hardest thing I ever did.’ Pearle would spend the next several weeks desperately searching for a way back to China and her students.”

After McCain left China in 1942, she earned a degree from Union Theological Seminary and a Ph.D. in education from Columbia University. McCain made it back to China in 1946, only to have to leave again in 1949 when the Communist government came to power. In 1951, McCain traveled to Japan, where she taught for 20 years and later became the chair of the Christian Education department at Seiwa College for Christian Workers in Nishinomiya, Japan.

McCain was awarded a Fifth Class Order of the Sacred Treasure from the emperor of Japan in recognition of her long service to Japan. She retired to Little Rock in 1971 and was an active member at Trinity United Methodist Church until 1979, when she moved to the Brooks Howell Home for Retired Missionaries and Deaconesses in Asheville, North Carolina. McCain passed away on Dec. 23, 1983.

“Jason’s unique research project reveals unstudied connections between Arkansas and East Asia, particularly to China during WWII and to Japan in the postwar era,” Amstutz said. “I was impressed both by his sustained devotion to the project and by his historical research skills.”

Littleton also transcribed 150 pages of McCain’s journal that was written from 1935-1938. The journal contains McCain’s account of the July 1937 Japanese invasion of China, including her detention in Shanghai for several months and her efforts to return to her school and students.

“She was teaching in China when the Japanese invaded. She had to leave, but she kept talking about trying to get back to her girls so she could continue teaching them,” Littleton said of McCain. “That just exudes her courage. She committed herself to these girls and these schools, and she thought their suffering was hers. She was able to get back there. She talks about teaching while gunfire is in the background and the bravery of the girls.”

Littleton’s thesis also includes a plan to create an exhibit of McCain’s journal entries, photographs, and letters at the United Methodist Museum so that more people will learn about her extraordinary life and mission, especially from 1929 to 1938. The museum held an exhibit, Pearle McCain: Faith in Action,” featuring some of the collection in 2018.

“The thesis was written specifically with the museum in mind,” Littleton said. “They own the McCain collection along with Hendrix College, which has the Methodist archives. I would love to see the collection processed and to see an exhibit set up so people can learn more about Pearle’s life and missionary work.

Littleton also earned a bachelor’s degree in history from UA Little Rock in 2010, after serving as a military policeman in the U.S. Marine Corps from 2001-2005. After he graduates this semester, Littleton plans to attend the doctoral program in history at the University of Arkansas for the fall 2021 semester and eventually wants to become a college history professor.

“Teaching at the college level is ultimately my goal,” Littleton said. “I feel like there is nothing like the past to tell us who we are and where we should go. I would like to see a restoration of something akin to a classical liberal arts education. I believe you need that education to be a full human being. In my many years of education, I’ve been inspired by many teachers who have been great educators, and I’d like to continue that trend.”