Wilson is thankful for powerful experiences for future law career 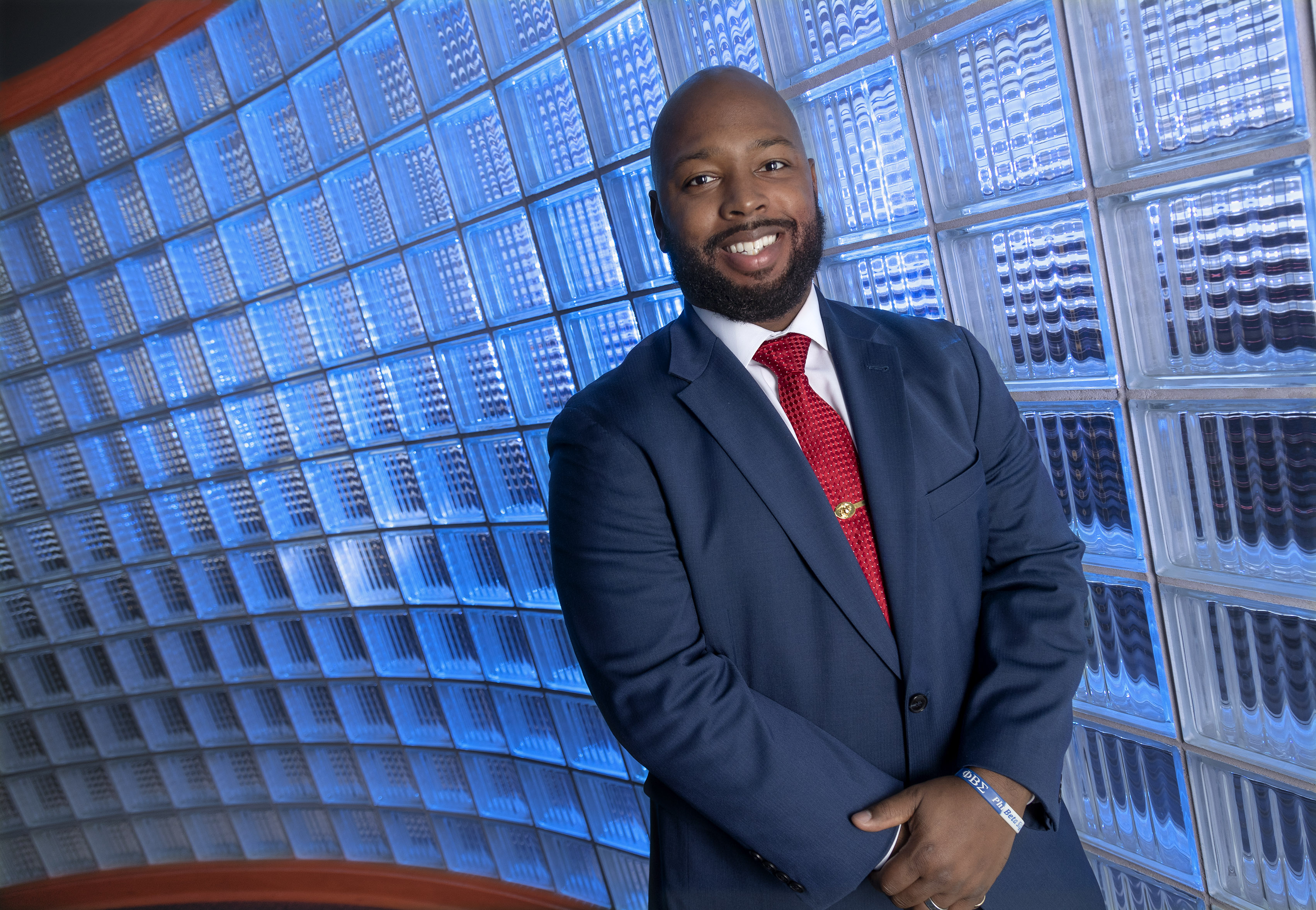 A military veteran, Wilson decided to enter the joint JD/MPS program after nearly a decade of service in the U.S. Marine Corps.

“The joint program is worth it. It’s a lot of work, but it’s also a lot of experience,” Wilson said. “When I left the Marine Corps, I knew I wanted to continue my work in public service. I had heard about the Clinton School, and I had an interest in the law. I came and watched Dean John DiPippa’s class at Bowen, and I loved the level of instruction and the interaction with the students.”

After completing the bar exam in February, Wilson is planning a career in either criminal law, constitutional law, or program management after gaining valuable experience as an extern with the Little Rock City Attorney’s Office, as a law clerk with the Sixth Judicial District Office of the Prosecuting Attorney, and as a consultant through his International Public Service Project with African Prisons Project.

“My experience with the Little Rock City Attorney’s Office was a unique experience for me,” Wilson said. “I got to work with different areas of law, including criminal law, tax law, and municipality law. It was good to see how all the attorneys worked together to provide legal advice for the city of Little Rock.”

During his time with the Sixth Judicial District Office, Wilson obtained a Rule XV certificate, which allowed him to practice law under the supervision of a licensed attorney. He also saw how COVID-19 impacted criminal law.

“I worked in the Pulaski County District Court under two great supervising attorneys,” Wilson said. “I completed a lot of the discovery work and assisted with pleas and arraignments. This happened right as COVID-19 started, and then the court shut down. Once the court opened back up, it was like a waterfall. Things were backed up. We would meet outside the courthouse to discuss potential pleas prior to bringing citizens in front of the judge. It was a great process. I got to see how a prosecutor handles their caseload and how a prosecutor works with public defenders.”

Through the Clinton School, Wilson completed an International Public Service Project with African Prisons Project, now known as Justice Defenders, in Uganda. The nonprofit organization provides legal education and access to justice in overcrowded Ugandan prisons, where much of the population is poor. They also train prisoners and prison staff on how to be legal advocates as an extension of their legal services.

“A big part of why I was there was to do an evaluation of their program and its effectiveness,” Wilson said. “I interviewed all the participants of their programs, interviewed their families, and discussed the effects of incarceration on the prisoners and the family they left behind.”

While in Uganda, Wilson interviewed people who were accused of murder, former child soldiers, domestic abuse survivors, and more. He realized that there is a desperate need for access to lawyers and legal knowledge and resources in the Ugandan prison system.

“It boils down to need,” Wilson said. “The crimes the organization is willing to defend is vast and varied. It wasn’t about what they did to get in there; it was about giving them the defense they deserve. In Uganda, the courts are overfilled and backed up. There are few attorneys available, especially in the rural areas. People don’t have the representation they need, so they can sit in remand for years. Justice Defenders’ role is to provide people with representation so they can have their cases dismissed if they are innocent or get a fair trial.”

Now that he’s graduated, Wilson is thankful for the lessons he learned from UA Little Rock and the Clinton School that have prepared him for a successful law career.

“The Clinton School prepares students for careers in the public service world including program management and development, philanthropy, and other areas. Both programs are focused on preparing people through experience,” Wilson said. “At Bowen, they strive to make sure every graduate knows what to expect in the legal profession and how to act as a professional in this career field,” Wilson said. “As you complete your clerkships and experiential course requirements, you see how much of what you learned in the classroom will be used in the real world. You don’t realize how valuable that information is until you are required to recall it in a real-world setting and talk to other attorneys about the basis of a case. The professors and staff at Bowen are preparing students for the bar exam, but also for careers afterward, and you can’t beat that.”