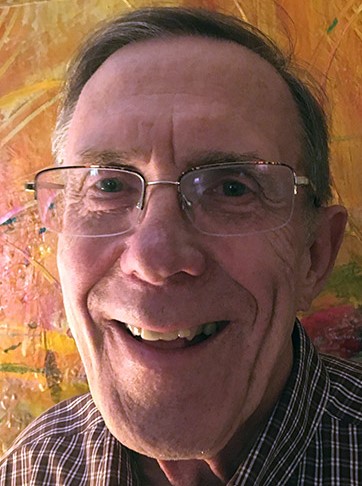 Dr. Charles Bolton, a professor emeritus of history at UA Little Rock, has won the 2020 Booker Worthen Literary Prize for his book, “Fugitivism: Escaping Slavery in the Lower Mississippi Valley, 1820-1860.”

The Booker Worthen Literary Prize is awarded each year to the best work, fiction or nonfiction, by an author living in Arkansas. The prize was established in 1999 in the memory of William Booker Worthen, who was a member of the Central Arkansas Library System (CALS) Board of Trustees for 22 years, as well as part of the Worthen Bank empire. The award is funded in part by interest from an endowment for the award donated by the Worthen family.

“I am proud to have won the Booker Worthen Literary Prize,” Bolton said. “I also received the prize in 1999, the first time it was offered.  Since then, many excellent authors and books have been recognized, and the award now has a tradition of excellence that makes it even more of an honor.”

Bolton’s book covers the history of the people who attempted to escape slavery and those who attempted to recapture them in the Lower Mississippi Valley, which extends from the mouth of the Ohio River to the Gulf of Mexico and includes parts of Arkansas, Mississippi, Louisiana, and Tennessee.

Like enslaved people all over the South, those in the Lower Mississippi Valley left home at night for clandestine parties or religious meetings, sometimes “laying out” nearby for a few days or weeks. Some of them fled to New Orleans and other southern cities where they could find refuge in the subculture of slaves and free blacks living there, and a few attempted to live permanently free in the swamps and forests of the surrounding area.

Bolton first became interested in what he calls “fugitivism” in 2005, when he completed a study of the Underground Railroad in western Arkansas and Missouri for the National Park Service and the Organization of American Historians.

“In that process, I read many runaway slave advertisements and was fascinated by the bits of information they included about the personal characteristics of the escapees, why they left, and where they were going,” Bolton said.

Fugitives also tried to return to eastern slave states to rejoin families from whom they had been separated. Some sought freedom on the northern side of the Ohio River; others fled to Mexico for the same purpose.

The book provides a wealth of new information taken from advertisements, newspaper accounts, and court records. It explains how escapees made use of steamboat transportation, how urban runaways differed from their rural counterparts, how enslaved people were victimized by slave stealers, how conflicts between black fugitives and the white people who tried to capture them encouraged a culture of violence in the South, and how runaway slaves from the Lower Mississippi Valley influenced the abolitionist movement in the North.

“Fugitives were usually captured, either by owners, professional slave catchers, or other white persons,” Bolton said. “When caught, they were almost always whipped and sometimes tortured in even more brutal ways. Fugitivism was a major cause of violence. Pursuers shot at their quarry, and the people being hunted fought back. Stealing slaves was a common crime in the South that usually involved offering to help the victim to escape and then taking him or her away to be sold elsewhere. Fugitivism also played a role in creating the sectional hostility that caused the Civil War.”

A former chair of the Department of History, Bolton retired from UA Little Rock in 2009 and serves on the editorial board of the Arkansas Historical Quarterly. He earned a bachelor’s degree from St. Lawrence University and completed a master’s and doctoral degrees from the University of Wisconsin-Madison.