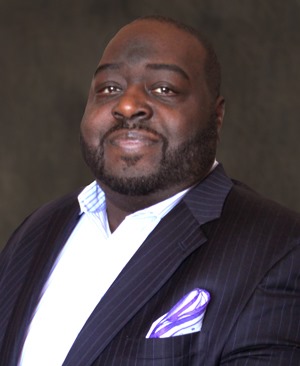 A University of Arkansas at Little Rock graduate is leading the education and preservation of African American history in Arkansas through his work at the Mosaic Templars Cultural Center.

“I absolutely loved it,” Rodgers said. “The history department was very welcoming. The department had open door policies, so there were times when I would stop by when I had a break between classes and see what the professors were researching. I enjoyed being one of the students engaging in the Phi Alpha Theta and going to some of the off-campus picnics. Even now, pre-Covid, I was still getting invited when there were after-hours history department events.”

Rodgers began his successful career at Mosaic while still a Trojan. After completing an internship as an undergrad, Rodgers was hired as the public information officer for a six-month assignment. After five years as an academic success coach at Pulaski Technical College, Rodgers returned to Mosaic in his current role.

As the museum’s historian and community liaison, Rodgers is responsible for leading tours, interviews with the media, conducting research, setting up exhibits, and adult programming. He’s also responsible for annual events like the Juneteenth celebration, a Christmas-themed event called Coco and Carols, and a Black Artists program that is part of the museum’s Black History Month events.

Rodgers is definitely looking forward to exciting events in 2021. Mosaic is currently under construction to open a children’s gallery that will be dedicated to how to talk to children about race.

Mosaic will also host a traveling Smithsonian exhibit on the Green Book, a travel guide created in the early 20th Century that listed safe accommodations and restaurants for Black travelers.

“It was so dangerous for Black travelers to travel the country because there were sundown towns and racial violence was prevalent through the South and the Midwest,” Rodgers said. “The exhibit is comprised of different artifacts from places along the stops. There were several Green Book stops in the city of Little Rock, most of which have been torn down. Velvetech Beauty School was one of the stops, and it’s really cool to have some of their artifacts.”

His advice for college students to be successful is to find out what you love and find a way to have that in your life and career.

“Oftentimes as incoming freshmen, we tend to navigate or make our way to the careers that we think are the most lucrative,” Rodgers said. “Out of high school, I was a chemical engineering major, but once I discovered my love of history, college seemed easy.”