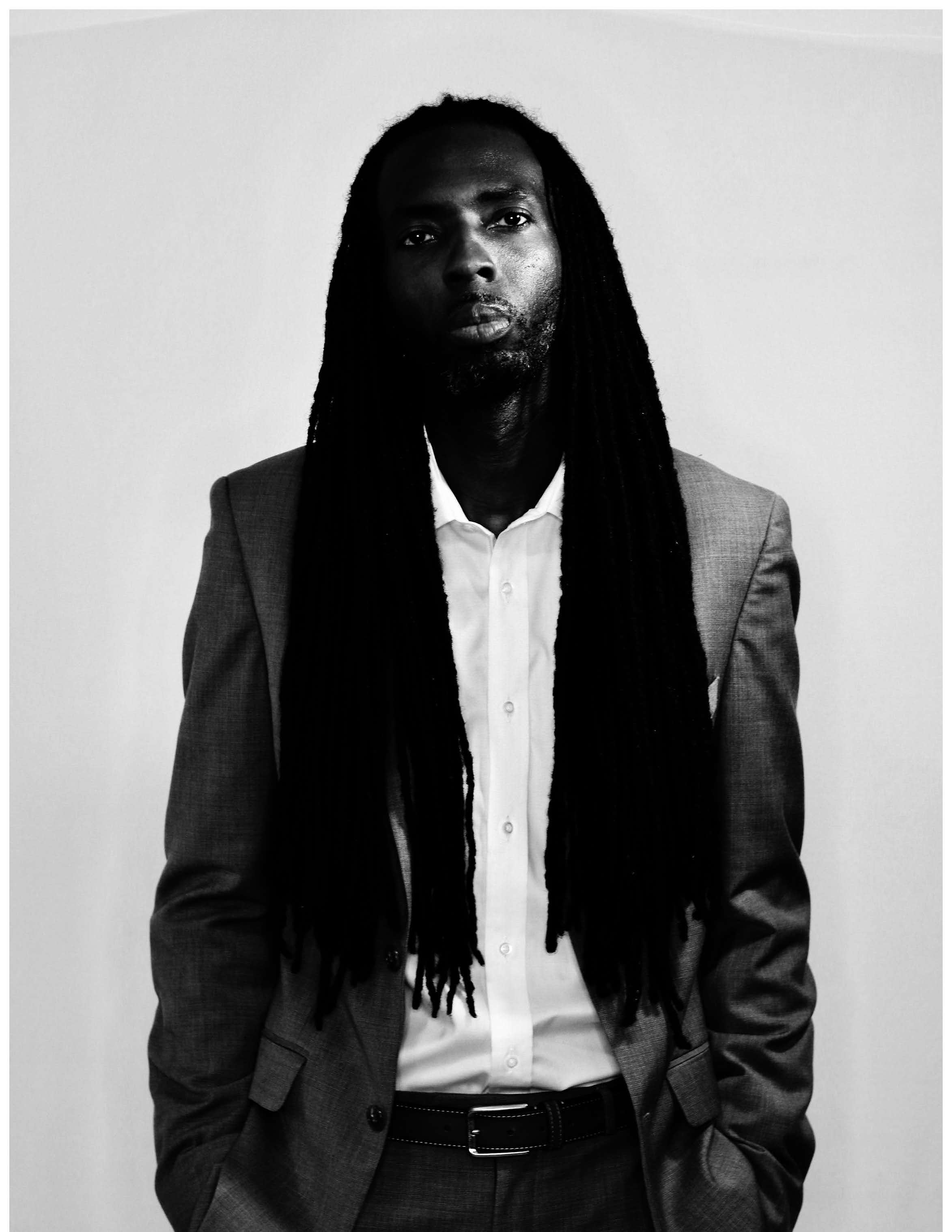 Spoken word poetry became a lifeline for UA Little Rock alumnus Marquese McFerguson, an assistant professor of intercultural communication at Florida Atlantic University, to express his thoughts and emotions during the turbulent time following the death of his mother in 2005.

“During my final semester of undergrad studies, my mother passed away,” McFerguson said. “She had been battling cancer. It was a time in my life when I was a senior in college, and I questioned whether I would be going back to finish college. You don’t meet many 21-year-olds who don’t have a living parent. I started writing and journaling to process my emotions.”

McFerguson later shared his poetry at an open mic night in Little Rock. When he realized this his words resonated with the audience members, that was the beginning of a promising career that has already led to extensive traveling across the country (and as far as the United Kingdom) to share his work.

“I had no idea when I started writing that spoken word poetry would allow me to travel to over 20 states,” he said. “I had no idea I would be writing poetry books for kids. It’s been an amazing journey. Sometimes you think you have life figured out, but little things pop up that become mountains that change the direction of your life, and poetry has been one of those things for me.”

“I enjoyed my time at UA Little Rock,” McFerguson said. “It was equally amazing when I took classes with Dr. (Carol) Thompson, Dr. (Kristen) McIntyre, and Dr. Avinash Thombre. It allowed me to better understand the field of communication studies. It was a good time, and it challenged me academically. Being a first-generation college student, no one could tell me what it was going to be like. It informed my decision to get a Ph.D. I’m very thankful to the faculty there.”

After finishing his degree at UA Little Rock, McFerguson continued his career in education by working as a student support specialist at UA Little Rock, director of college and career advancement at Little Rock Preparatory Academy, and as a career coach at UA-Pulaski Technical College.

After deciding to get his doctorate, McFerguson earned a Ph.D. in communication studies from the University of South Florida in 2020. His dissertation explored the intersection of hip-hop, home place (a concept developed by bell hooks), and Black masculinity.

As an assistant professor, McFerguson studies contemporary Black popular culture and hip-hop studies. He’s teaching a class this semester that examines the history of spoken word poetry and slam poetry.

“We look at the different ways you can use these tools of poetry and apply them in everyday life, since I know not a lot of people have aspirations to be a poet,” he said.

Now that McFerguson is a professor, he’s reminded of conversations from long ago with Dr. Thompson where “we would talk for hours about the freedom to teach the classes you want to teach.”

While he’s had a love of hip-hop since 13, when Outkast just dropped their second album, McFerguson is still pleasantly surprised by the fact that he can study hip-hop as part of his academic role.

“When I heard Outkast, it was the first time I heard hip-hop artists that sounded like me. You could hear the Southern slang they used,” McFerguson said. “It was like I was listening to an older uncle share stories. Hip-hop filled that male void I had in my life. I started studying hip hop. When I found out I could write articles about hip-hop research, I was like, ‘I can do this for a living,’ I still pinch myself sometimes. I just published two articles on hip-hop. I teach workshops, and students get the chance to learn about other cultures through the lens of hip-hop.”

McFerguson brought his knowledge of hip-hop to UA Little Rock last year as part of the 2020-21 Leadership Lecture Series in a talk entitled, “Between Hip-Hop, Communication, and Community Building.”

Among his recent honors, McFerguson served as the Mosaic Templars Cultural Center Artist for Black History Month in February. He’s thankful to Christina Shutt, director, Courtney Bradford, curator, and Brian Rodgers, community liaison, for the opportunity to share his poetry with his hometown.

He’s previously worked with the MTCC to provide student workshops when McFerguson was a poet in the Foreign Tongues Poetry Troupe, an artistic organization that travels, conducts workshops, and performs poetry in Arkansas and throughout the U.S.

As the MTCC’s artist of the month, McFerguson wrote and performed a signature series of poems inspired by MTCC exhibits and figures like Bayard Rustin, Sue Cowan Williams, Pharoah Sanders, and the North Little Rock Six.

“It was an amazing opportunity,” McFerguson said. “The Mosaic Templars Cultural Center holds a very special place in my heart. It was a great opportunity because the previous artists of the month were visual artists, so this was the first time they reached out to a performance artist. A lot of times, people don’t think of spoken word as an artform. It was amazing to be able to write poetry about Arkansans and those that are often overlooked but have made significant contributions.”

“I had a chance to learn about a lot of Arkansans,” McFerguson said. “You hear about the Little Rock Nine, but you never hear about the North Little Rock school integration attempt. I learned about people and things that had an impact on my life, but I never knew about.”