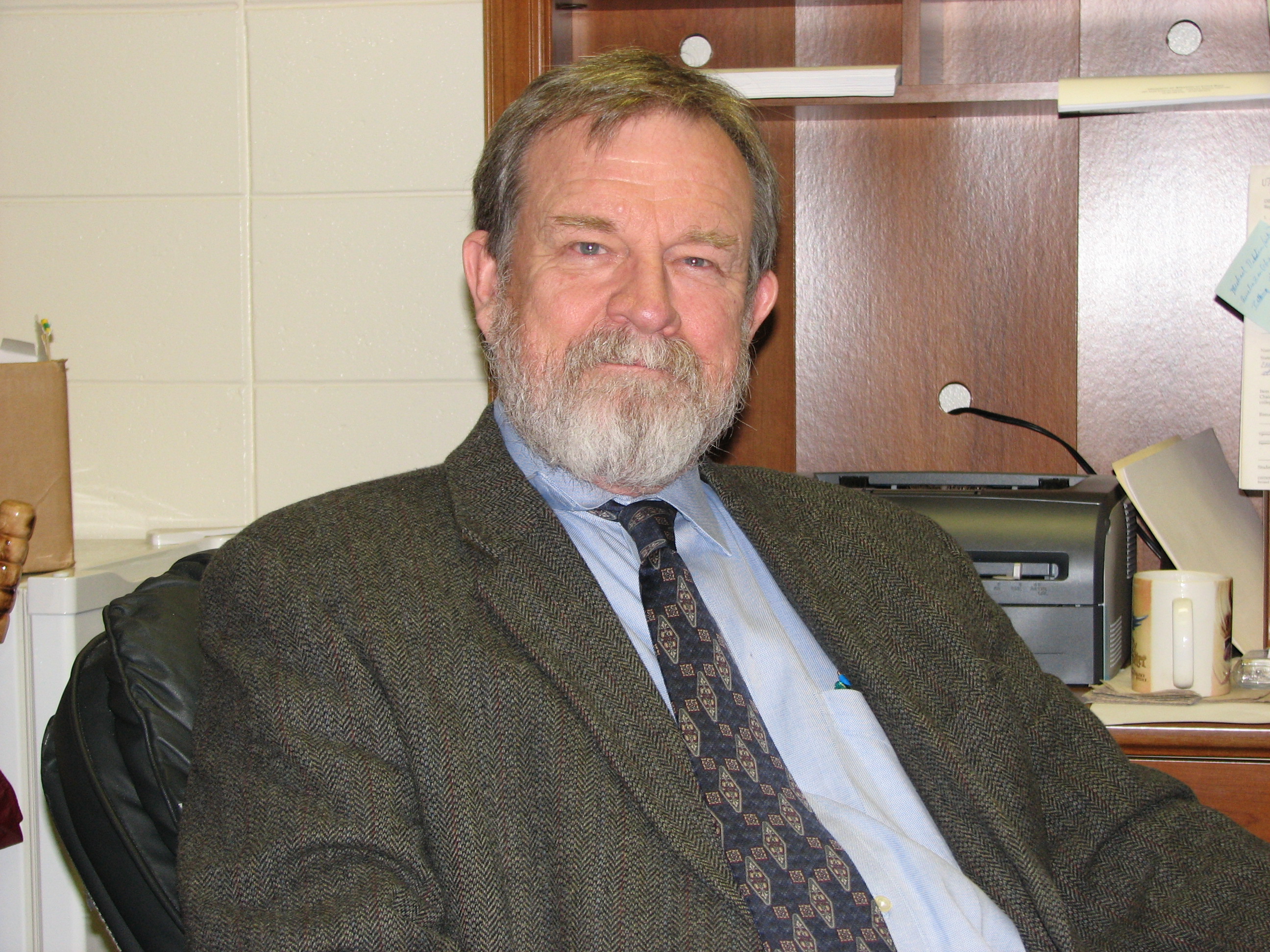 Dr. Huey Crisp, a professor emeritus of the Department of Rhetoric and Writing, passed away April 9 in Little Rock.

Crisp’s love of reading and literature began when his ninth grade English teacher warned his class not to read the work of Thomas Wolfe because it was unsuitable for young minds. Of course Crisp went straight to the library to get his hands on a copy of “Look Homeward Angel.”

“Huey was one of the most avid readers I have ever known,” said Dr. George Jensen, a professor of rhetoric and writing. “He would read entire series of novels; then, a year or two later, he would go back and reread the entire series. I was lucky enough to see him change lives. You could sit near him and watch it happen in real time.”

Crisp was a 1957 graduate of Gaston High School. He served in the U.S. Army with the 504 Parachute Infantry Regiment of the 82nd Airborne Division. He received his bachelor’s degree from North Texas University-Denton, his master’s degree from the University of Texas-Arlington, and his doctorate in higher education from UA Little Rock.

Crisp met the love of his life, Sally Chandler Crisp, at Richland Community College, where they both taught writing courses. The couple married in 1974 and made their home at UA Little Rock in 1980. Crisp was a founding member of the Department of Rhetoric and Writing in 1993, where he taught composition, nonfiction, and professional writing courses. He served as the department’s director of composition from 1998 until his retirement in 2011.

“Dr. Huey Crisp was a storyteller and a cheerleader. Seemingly everyone who knew him has multiple accounts of his day-brightening and wisdom dispensed through story,” said Dr. Sarah Beth Estes, dean of the College of Humanities, Arts, Social Sciences, and Education. “He was also a program builder in his foundational contributions to the Department of Rhetoric and Writing and to our state. Hundreds of his writing students are all around us, carrying Dr. Crisp’s spirit and writing instruction forward.”

Crisp organized many writing workshops in business and government organizations and for K-12 and community college teachers. For more than a decade, Crisp taught writing classes to incarcerated learners in the Arkansas Department of Corrections.

Huey was a prolific storyteller, and his work appeared in Tales from the South. He had numerous short stories and essays published. For four years, Huey served as the poetry critic for the Poetry Roundtable of Arkansas. His publications as author, co-author, or editor include: “The Steps We Took,” “Carry This Message,”  “Lessons from Little Rock,” “Dinamica de Recuperacion,” “Lloyd Peterson and Peterson Industries: An American Story,” and “Balm in Gilead.”

“I always showed him my early drafts,” Jensen said. “He always found the gold amid my mush, and he could also pinpoint what needed revision with sensitivity. As soon as he shared comments with me, I began to revise immediately. He must have done this for every student he ever taught. I am grateful that he was my friend.”

A celebration of his life will be held at Our Lady of the Holy Souls at 10 a.m. Tuesday, April 13. The event may be viewed virtually on the church’s Facebook page.

Donations may be made to the UA Little Rock Foundation, David and Lucille Chandler Endowed Scholarship, 2801 S. University, Little Rock, Arkansas, 72204. This scholarship fund, created by Drs. Huey and Sally Crisp, supports students in the Department of Rhetoric and Writing.