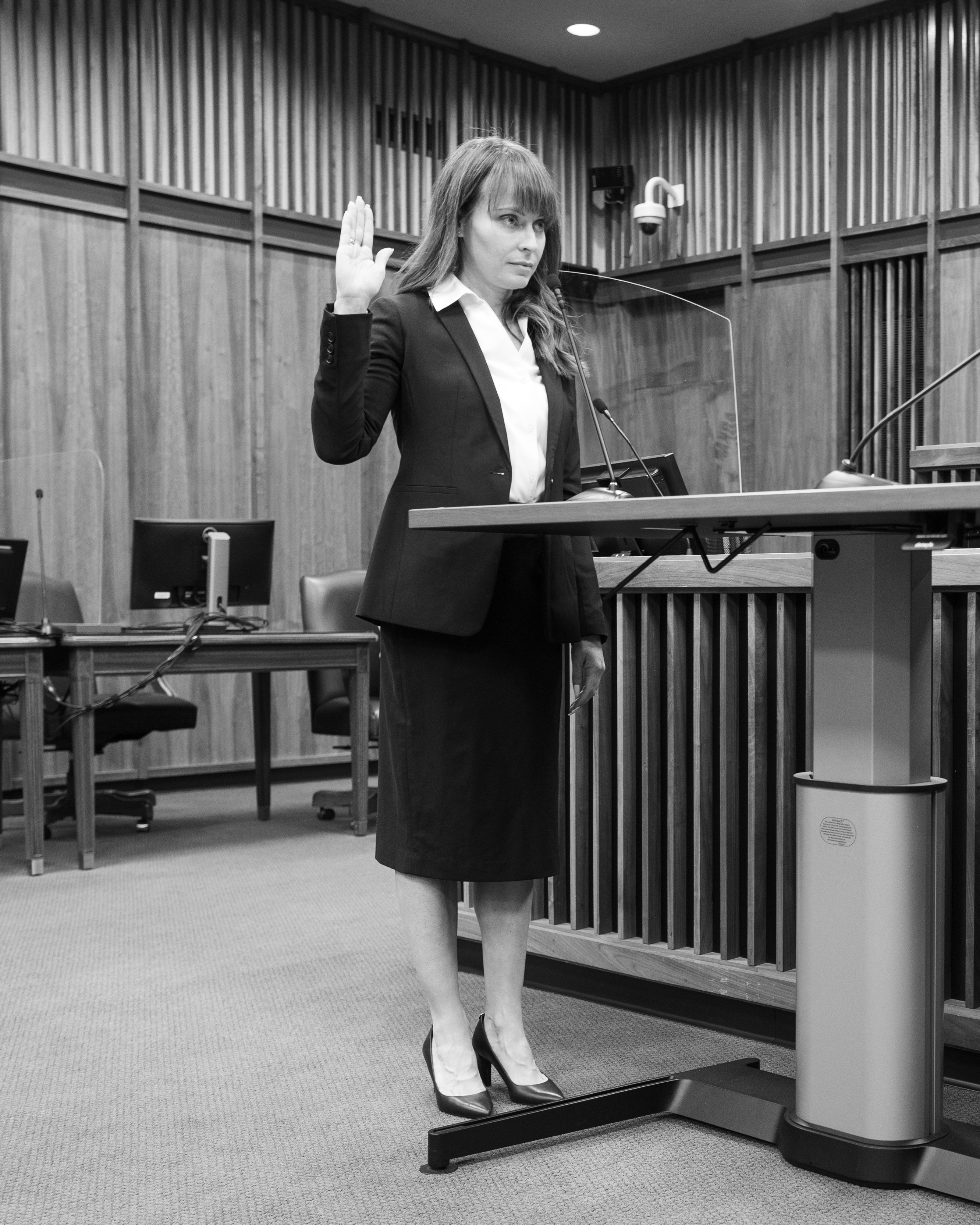 A UA Little Rock alumnus is taking her career to new heights. Bianca Gatchell Rucker was appointed as the U.S. Bankruptcy Judge for the Eastern and Western Districts of Arkansas on April 26.

“It’s an incredible honor,” Rucker said. “I’m really humbled by the responsibility, and I’m looking forward to doing the work. I feel like the luckiest person in the world to be trusted with this job. I will miss practicing law, but I feel really fortunate.”

Rucker serves as one of three federal bankruptcy judges that cover the state of Arkansas. Prior to her judicial appointment, she was a Chapter 7 panel bankruptcy trustee and attorney representing creditors and debtors in consumer and business bankruptcy matters at Rucker Law PLLC, in Fayetteville, Arkansas.

Originally, Rucker did not plan on pursuing a legal career. She came to UA Little Rock in 1998 as a drama major. After taking a year off to become a professional Latin, ballroom, and swing dancer, she came back to college as a biology major determined to become a doctor.

“It’s professors like that who can have a tremendous impact,” she said. “They set me on the path to law school, and I have always appreciated them. I loved going to UALR. It’s a good school, and I appreciate being able to share my career path as an alumni.”

Rucker earned her J.D. with honors from the William H. Bowen School of Law in 2006, where she was symposium editor of the UA Little Rock Law Review.

“I think the thing I enjoyed the most about law school was meeting the people who turned into my future best friends and colleagues and bonding over all the challenges that law school brings,” she said. “I still value those friendships. And fortunately most of my law school friends do not practice bankruptcy law so I can continue to be good friends with them.”

During her legal career, Rucker served as a staff attorney to the Honorable Judge Richard D. Taylor (2006-2007) and the Honorable Judge Ben T. Barry (2007- 2011) in the United States Bankruptcy Court for the Eastern and Western Districts of Arkansas. She also served as a partner at Wright, Lindsey & Jennings, LLP (WLJ), where her practice focused on bankruptcy, commercial litigation, and insurance defense.

“Showing initiative is so important,” Rucker said. “You need to show senior partners that you are willing to work hard and put in the time. Having a good work ethic has always been something that is important to me. Growing up, my grandparents taught me that showing up, working hard, and doing your best is very important.”

Judge Rucker has also served as president of the Northwest Arkansas Debtor and Creditor Bar Association, former board member of Family Network, Inc., a former chair of the New Trustee Committee for the National Association of Bankruptcy Trustees, a volunteer at Seven Hills Homeless Shelter, and is a former dance fitness instructor.

Rucker served from 2016-2018 as a member of the Alumni Board at the William H. Bowen School of Law. She is an adjunct professor at the University of Arkansas School of Law.

In the upper right photo, Bianca Gatchell Rucker is sworn in as the U.S. Bankruptcy Judge for the Eastern and Western Districts of Arkansas on April 26.