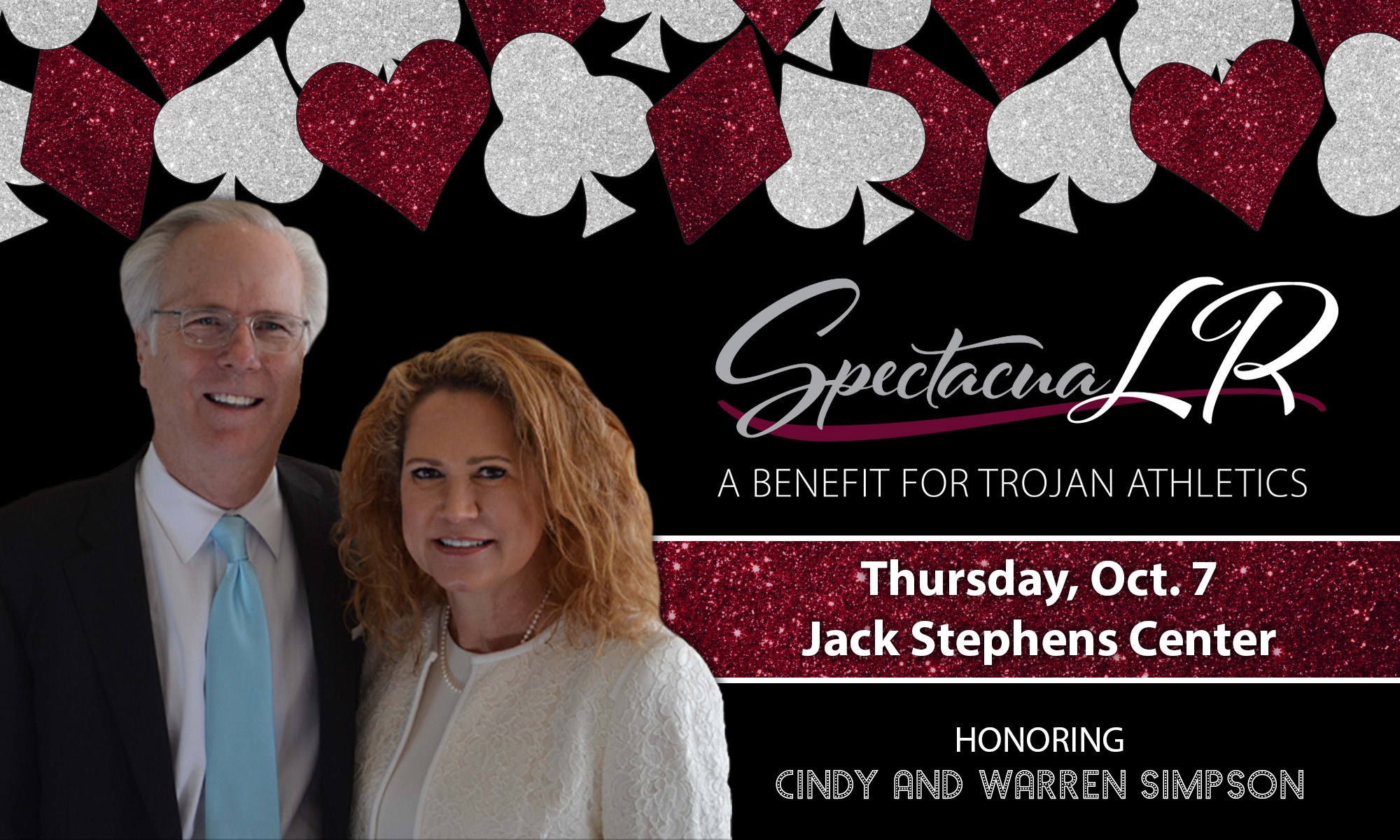 “Warren has been a tremendous friend and supporter of Little Rock athletics and our university,” said Director of Athletics George Lee. “We are thrilled to have the opportunity to honor Warren and Cindy for their service and what they have meant to UA Little Rock. Warren played an instrumental role in making the Jack Stephens Center become a reality.

“I still remember it like it was yesterday. Warren, myself, then Men’s Basketball Head Coach Porter Moser, Chris Peterson along with Warren Stephens toured the fieldhouse on campus. At the time the discussion was to renovate it for us to play in. During that visit is where the idea of a brand-new arena came about and that doesn’t happen without Warren being such a strong advocate for our program.”

In addition to serving the UA Little Rock campus, Simpson has served as an ambassador to many Little Rock and central Arkansas organizations, including as a past president and treasurer of the Easter Seals Foundation Board, past president of Little Rock Downtown Partnership, and chairman of the Advertising and Promotion Commission. He has also served on the board of the War Memorial Stadium Commission, Fifty for the Future and the Episcopal Collegiate School Board.

“Cindy and I are both so excited and appreciative to be asked to be this year’s SpectacUALR honorees,” Simpson said. “We both care so much for Little Rock and believe that what is good for the university and Little Rock Athletics is best for the city.

“Dr. Ted Bailey, who I consider my second dad, was really who got me involved with UA Little Rock. He knew that this university serves as a strong economic engine for the economy and health of our city. He instilled that importance in me, and Cindy and I are both so grateful to be able to support and represent the university.”

In addition to his long-standing ties with the university, Warren has also been a longtime friend with Head Coach Darrell Walker.

“Darrell and I have been friends close to 30 years since the Stephens Sports Management days back in 1991 or 92,” Warren said. “I can’t tell you how much I think of Darrell not only professionally but both he and Lisa personally as well. They’ve both been such great friends and I am so excited about the future of Trojan basketball.”

“I’ve known Warren for a long time and proud to call him a friend,” Walker said. “He has done so many things behind the scenes for this university, and I can’t think of a better way to honor and recognize Warren and Cindy than having them be the honorees for this year’s SpectacUALR.”

Over the past 12 years, SpectacUALR has brought in more than $2.5 million since its inaugural event in 2009. These generous donations are used to help fund the 15 Trojan athletic programs, annually benefitting more than 240 student-athletes who represent Little Rock athletics.

The year’s event will feature a new twist with a casino night. Every ticket holder will receive chips that can be used to play games to win tickets for prizes. There will also be a silent and live auction with items ranging from memorabilia, gift packages and one-of-a-kind experiences. All proceeds from the event directly support Little Rock student-athletes.

To order a table for SpectacUALR 2021, or for more information on how to become a sponsor, contact Melinda Spradling, director of athletic development, at (501) 414-3220 or via email at mkspradling@ualr.edu.