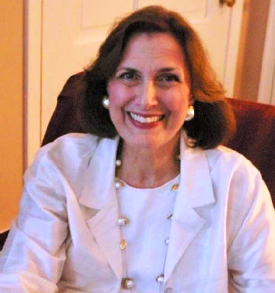 The University of Arkansas at Little Rock has received a $25,000 endowment to honor Catherine “Cathie” Remmel Matthews, Arkansas’s longest serving director of the Division of Arkansas Heritage.

Close family members Haskell Dickinson, Remmel Dickinson, and Nan Ellen East made the gift to create the Remmel Family Endowed Fellowship in honor of Matthews to benefit the UA Little Rock Center for Arkansas History and Culture. The announcement of the endowed fellowship was made following a recent memorial service for Matthews, who is survived by daughters Meredith Matthews Tucker and Leslie Matthews Thiele and two grandchildren.

“Cathie’s Remmel and Couch relatives are prominent names in Arkansas history,” Haskell Dickinson said. “She grew up hearing wonderful stories about her family, which led to a love of local history. This fellowship recognizes Cathie’s long standing work and dedication to preserving our important state heritage.”

Taking into account Matthews’ love of history, culture, and community, the endowed fellowship will support an archivist at the Center for Arkansas History and Culture who is conducting research with an emphasis on Arkansas’s history and heritage. The center is housed in the same building as the Butler Center for Arkansas Studies, and the gift is structured to be open to partnerships between the two organizations.

“This is a fitting gift to honor Cathie,” said Dr. Deborah Baldwin, director of the Center for Arkansas History and Culture. “She spent her professional life making our rich history available to others. Helping continue this legacy is a wonderful memory of her and her work.”

The UA Little Rock Center for History and Culture holds historic collections that are made available as public resources on Arkansas history and the region. The center houses the papers of former Arkansas governors Carl Bailey, Winthrop Rockefeller, Dale Bumpers, Frank White, and Jim Guy Tucker as well as the J.N. Heiskell Civil War Collection. In total, the collections comprise about 10,000 linear feet, more than 70,000 images, and about 8,000 books.

Culture and community were very important to Matthews’ life. She spent two years living and working in Tanzania, Africa, as the director of sales and marketing for ACG Telesystems. When she returned to Arkansas, she was appointed the director of the Department of Arkansas Heritage and served as the state preservation officer for Arkansas for 15 years. She traveled around Arkansas and the country to promote the state’s natural and cultural heritage.

Matthews also served on the board of the National Conference of State Historic Preservation Officers and was inducted into the Arkansas Game and Fish Outdoor Hall of Fame in 2007. She recognized the importance of conservation and protection of historically significant locations in the state for outdoor enthusiasts.

Memorial and tribute gifts in Matthews’ honor can be made to the Remmel Family Endowed Fellowship by mail to UA Little Rock, Office of Alumni and Development, Bailey Alumni and Friends Center, 2801 S. University Ave., Little Rock, AR 72204, or by calling 501-916-3208.