Stone, Williams to Perform in Upcoming Dancing With Our Stars Gala 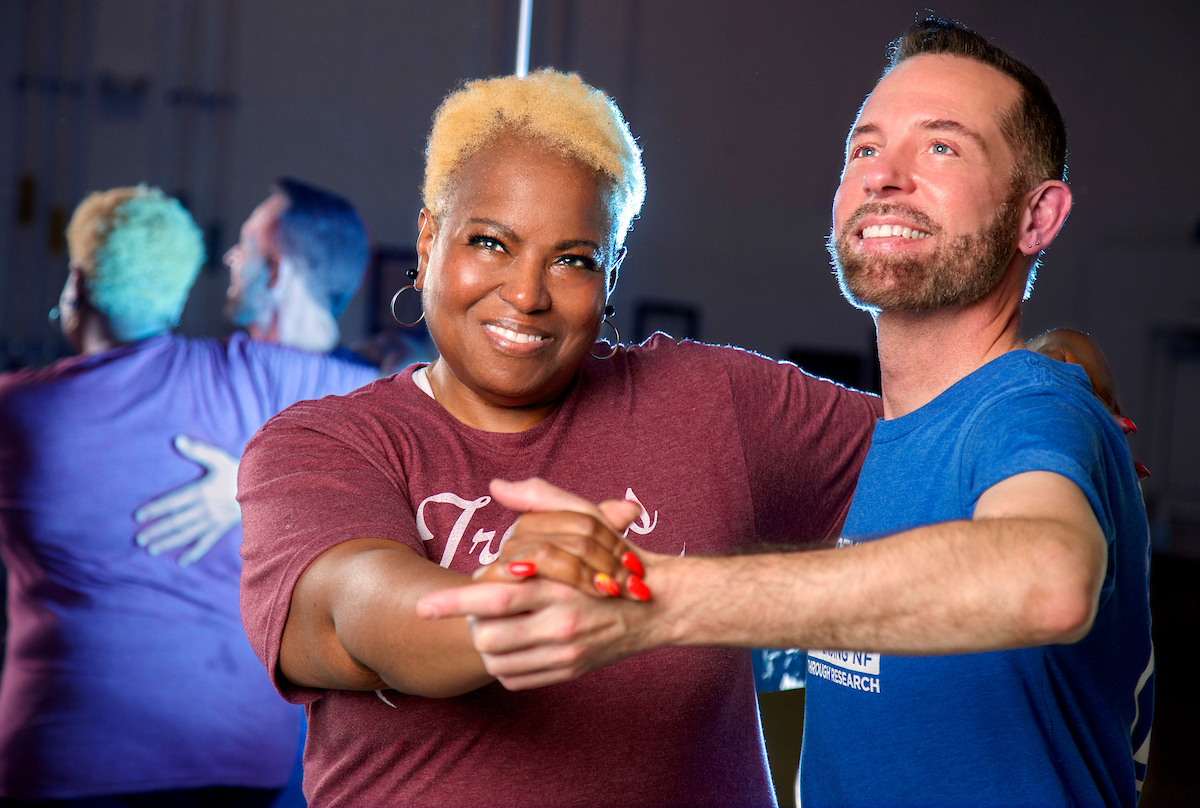 UA Little Rock Dance Professor Stephen Stone will hit the stage on Sept. 9 for his fourth performance in the Dancing with Our Stars Gala.

The event benefits the Children’s Tumor Foundation, which supports the Arkansas chapter’s research and mission to find a cure for neurofibromatosis, a genetic disorder that disturbs cell growth in the nervous system and causes tumors to form on nerve tissue. A portion of the proceeds will also be used to send Arkansas teens to international NF Camp.

Stone will be joined by Helaine Williams, Sunday Style editor at the Arkansas Democrat-Gazette and a UA Little Rock alumnae. A 2021 Arkansas Writers Hall of Fame inductee, Williams has covered Dancing With Our Stars and is looking forward to the chance to participate herself.

“It’s the apex of what could almost be seen as a natural progression! I absolutely love dance and, covering this event for the Arkansas Democrat-Gazette’s High Profile section over the years, I became a big fan of DWOS,” Williams said. “I’d even catch myself daydreaming about being one of the performers. Last year I was invited to put down my camera and be a DWOS judge as well as join the Children’s Tumor Foundation advisory board. When I was asked to be a star, it was literally a daydream come true.”

The duo have been practicing since the last week of May, and Stone has been impressed with Williams’ love of dance.

“Helaine Williams is such a beautiful and spirited person to work with,” Stephen said. “So often, whether I’m teaching a class to aspiring dancers or working in choreography and staging work, dancers often approach dance from a technique point of view and then think about the performance quality. Helaine starts from the joy inside of her that comes from dancing. She is naturally and authentically performing already.”

While Williams has not danced in school or professionally, she is a Zumba fan who loves to dance for recreation and exercise.

“What I like about Stephen is that when he found out I was a Zumba fan, he had me demonstrate a few Zumba moves and laid those as groundwork for choreographing our routine,” Williams said. “Our rehearsals have gone extremely well because he uses down-to-earth language and comparisons to explain dance moves. We understand each other. And we’ve become friends … we talk about life, and share experiences, just about as much as we rehearse!”

While Stone can’t give away too much information about the upcoming performance, he did say they are dancing to a very popular, upbeat 1990s song from an internationally known artist.

“We want the audience to be totally surprised,” Stone said. “The music and choreography and the costuming is culturally rich and flavorful. The dance is like a fusion of culture in terms of music and dress and social dance forms.”

People may vote for Helaine Williams by visiting her DWOS profile.