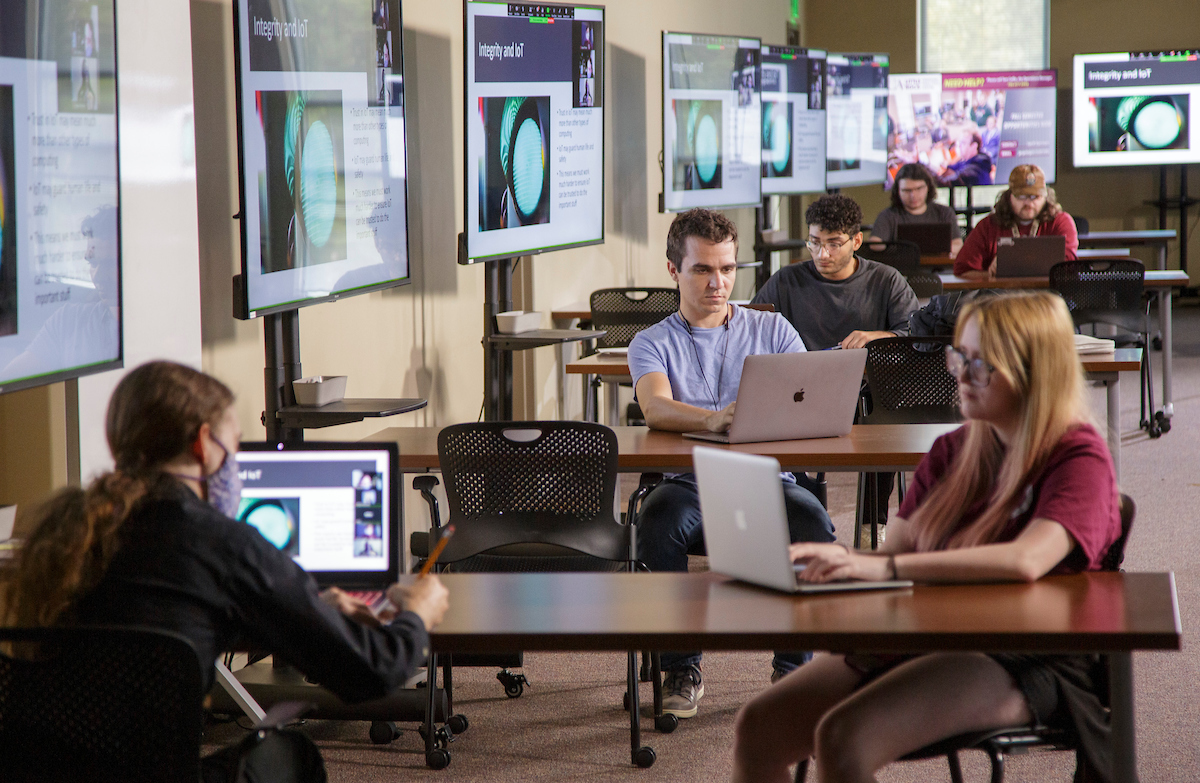 UA Little Rock’s Cybersecurity Club was established in 2014. Although it was originally founded so members could compete in an annual competition called the Collegiate Cyber Defense Competition (CCDC), it has become a club that prides itself on community and friendship since its founding.

The club is currently working on a new project called the Cyber Arena, where members develop a cybersecurity environment that teaches practical application in a “gamified” manner. According to Ryan Ronquillo, club president, it is geared towards both high school and college students.

The club competed in two competitions this month, Hivestorm and Jolt. According to Connor Young, competing in events such as these are important to the club because they give new members a goal to work towards.

Hivestorm is a collegiate cyber defense competition that focuses on defense strategies like security and system administration tasks, and Jolt is a local “capture the flag”-style cyber competition where participants break in or decrypt a computer system in order to find the hidden code.

Young is a graduate student studying computer and information sciences. He was an original member of the Cybersecurity Club in 2014, where he served as both the youngest member and founding secretary. Young credits the club for a “much broader understanding of computer science.”

His experience with the club has also helped him realize his talent at introducing people to the discipline. He hopes to find a job teaching computer science after he graduates. Although he’ll be qualified to teach at a collegiate level, he says he’s considering teaching high school instead to begin introducing students to computer science and cybersecurity at a younger age.

Ronquillo has been a member of the club since 2018 and is now president of the organization. Like Young, Ronquillo is also considering teaching STEM education after he completes his master’s degree in information science.

Ronquillo has volunteered for the cybersecurity club at Catholic High School for Boys for several years, and many high schoolers have developed a love for computer science and declared majors in their field because of Ronquillo’s influence on their lives.