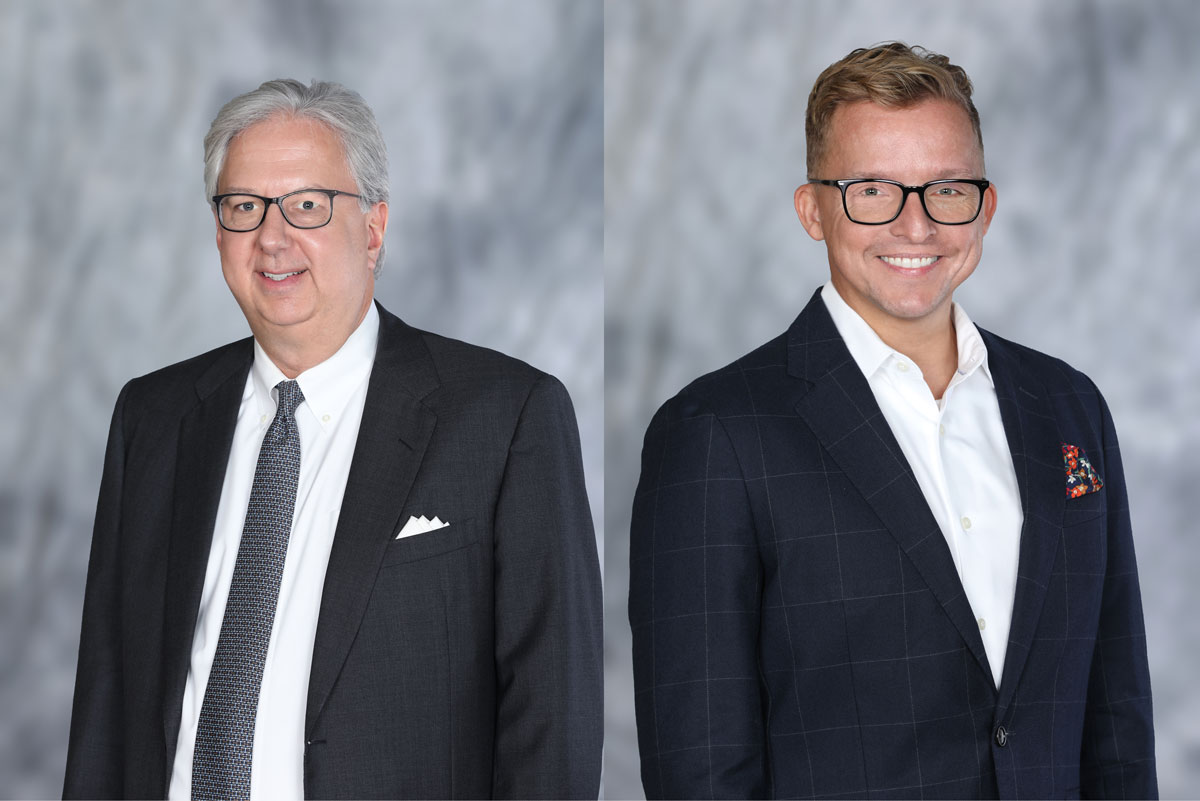 The University of Arkansas at Little Rock has honored two business leaders in Arkansas as the 2021 Distinguished Alumni Award recipients for the School of Business.

Bryan Hosto, an attorney with Hosto & Buchan, has been named the Distinguished Alumnus of the Year for the UA Little Rock School of Business, while Carl Carter, director of vendor integration for Arkansas Blue Cross and Blue Shield, will receive the Dean’s Award for Excellence. They received their awards Oct. 29 during the School of Business Distinguished Alumni Luncheon at the Little Rock Marriott.

The Distinguished Alumni Award, the highest honor granted by the UA Little Rock School of Business, is given to a graduate who has made a significant impact in business or a nonprofit organization and has served the Little Rock community and UA Little Rock.

Hosto is a 1985 graduate of UA Little Rock with a Bachelor of Business Administration in Marketing, where he served as commander of Sigma Nu Fraternity. He also earned a J.D. from the UA Little Rock William H. Bowen School of Law.

After co-founding Intellinet, LLC, Arkansas’s first internet service provider, in 1994, Hosto was named to Arkansas Business’s “40 Under 40” list in 1995. He also co-founded Hosto & Buchan Law Firm, which grew to 150 employees with practices in six states. The firm has won many awards for performance including the National Creditors Bar Association Community Service Award in 2012 for the firm’s dedication to philanthropy and community involvement.

As a business advisor, investor and board member, Hosto is a founder of the Arkansas Angel Alliance, which promotes angel capital startup Investing as a much-needed resource for creating jobs and growing new businesses in Arkansas.

His service to UA Little Rock includes serving as president of the Alumni Association and serving as a member of the Foundation Fund Board. In 2001, Hosto was honored as UA Little Rock’s Presidents Award recipient.

The Dean’s Award for Excellence is granted to a graduate of the past 10 years who has shown promise as a leader in business or nonprofit work and who is actively involved in serving Little Rock and the university.

Carter began his career at Arkansas Blue Cross and Blue Shield in 1998, providing a diverse career spanning from claims to strategic account management. Additionally, he is the founder of the Beverly Carter Foundation, a nonprofit organization dedicated to improving agent safety. The nonprofit is named after Carter’s mother, Beverly Carter, who lost her life at the hands of two clients in 2014.