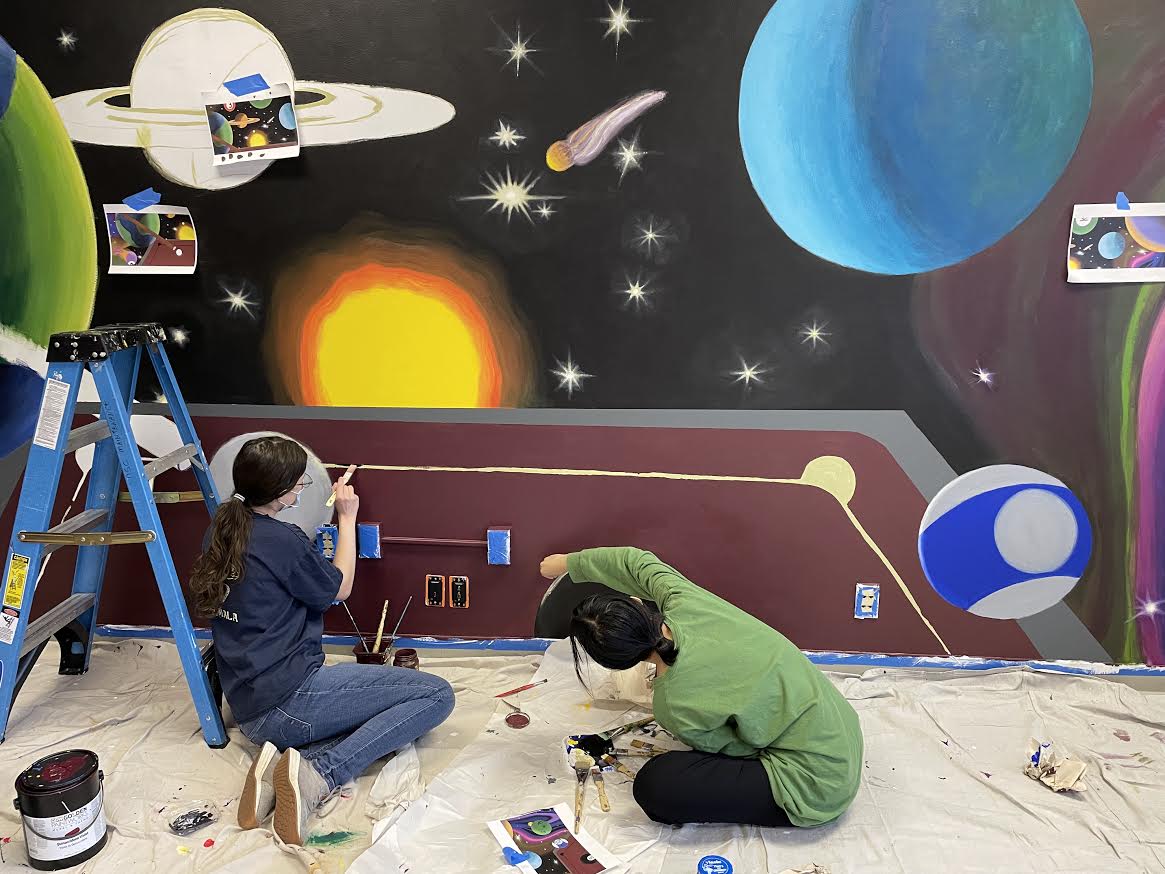 At the beginning of the course, the students were given a prompt to design a mural relevant to gaming, since they already knew the mural would be featured in that room. The proposals were designed digitally with the intent to translate the chosen one into a physical painting that would be developed over the course of the spring semester.

Although each student brought their own uniqueness to the project, class instructor Krista Schoening ultimately decided that Kristal Mclennan’s design, in which she incorporated the gaming lounge’s pool table balls into planets, was right for the space.

The students then divided into small groups and began working on the project.

“Our pace was slower than it might have been if we were pushing to finish it quickly,” Schoening said. “As a learning exercise, I was more concerned about students mastering techniques, such as creating the illusion of the light effect on the planets and pool balls, rather than working for speed.”

One difficulty they had was in creating smooth transitions by hand with the acrylic paint.

“Acrylic can be tricky to use because it dries so quickly,” Schoening said. “The sorts of effects that the students achieved in this mural would be more easily done if we had sprayed the paint rather than brushing it. Such transitions are very easily executed in oil paint, which has a slow drying time and therefore is easier to work with when making subtle blended gradations.”

The mural was designed to be seen close-up, so the students spent a lot of time focusing on painting the edges of the shapes. For example, the edges were made harder in some areas to appear sharper and closer to the observer, whereas in other areas, the edges were softened using dry brush techniques to give off the illusion of being farther away.