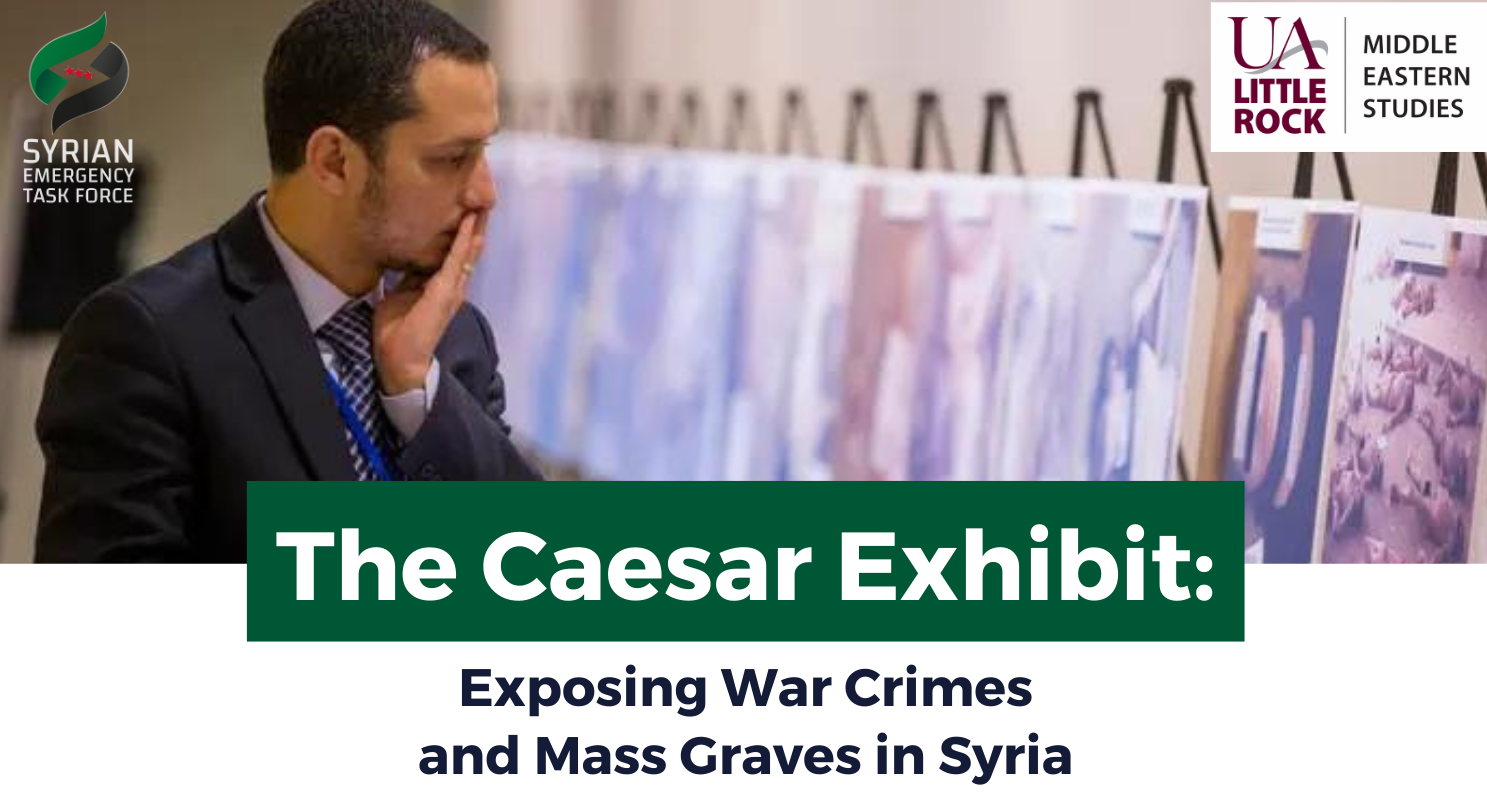 The Syrian Emergency Task Force, in partnership with the University of Arkansas at Little Rock Middle Eastern Studies Program, is hosting a three-day Caesar exhibit from Sept. 21-23 on documented human rights atrocities and mass graves in Syria.

The Caesar exhibit is a traveling exhibit that showcases 30 photographs of the 55,000 smuggled out of Syria by a former Syrian military photographer, pseudonym “Caesar,” documenting the brutal torture of thousands of men, women, and children by the Assad regime inside its prisons. The exhibit will be located in the Ann Maners and Alex Pappas Gallery in the Windgate Center of Art and Design at UA Little Rock.

Caesar’s photos constitute first-hand documentation of the scale and brutality of the atrocities perpetrated by the Assad regime. They have been verified by the FBI’s International Human Rights Unit. These photographs and other documents, known as the “Caesar files,” currently serve as key evidence in many prosecution cases against members of the Assad regime.

Previous exhibits have been held in various prestigious institutions, such as the US Congress, the United States Holocaust Memorial Museum in Washington, D.C., the United Nations Headquarters in New York, the Nobel Peace Center in Norway, the European Parliament, the United Kingdom parliament, as well as prestigious universities such as Harvard, Princeton, Yale, and Georgetown.

The Caesar exhibit will conclude with a panel of experts at 5 p.m. Friday, Sept. 23, in Room 101 at the Windgate Center. The panelists will discuss a range of topics related to justice and accountability concerning the Caesar files. Dr. Katrina Yeaw, coordinator of Middle Eastern Studies at UA Little Rock, will moderate the panel. Those interested may register for the panel online.

Parking for the events are in lots 14 and 15 on the campus.