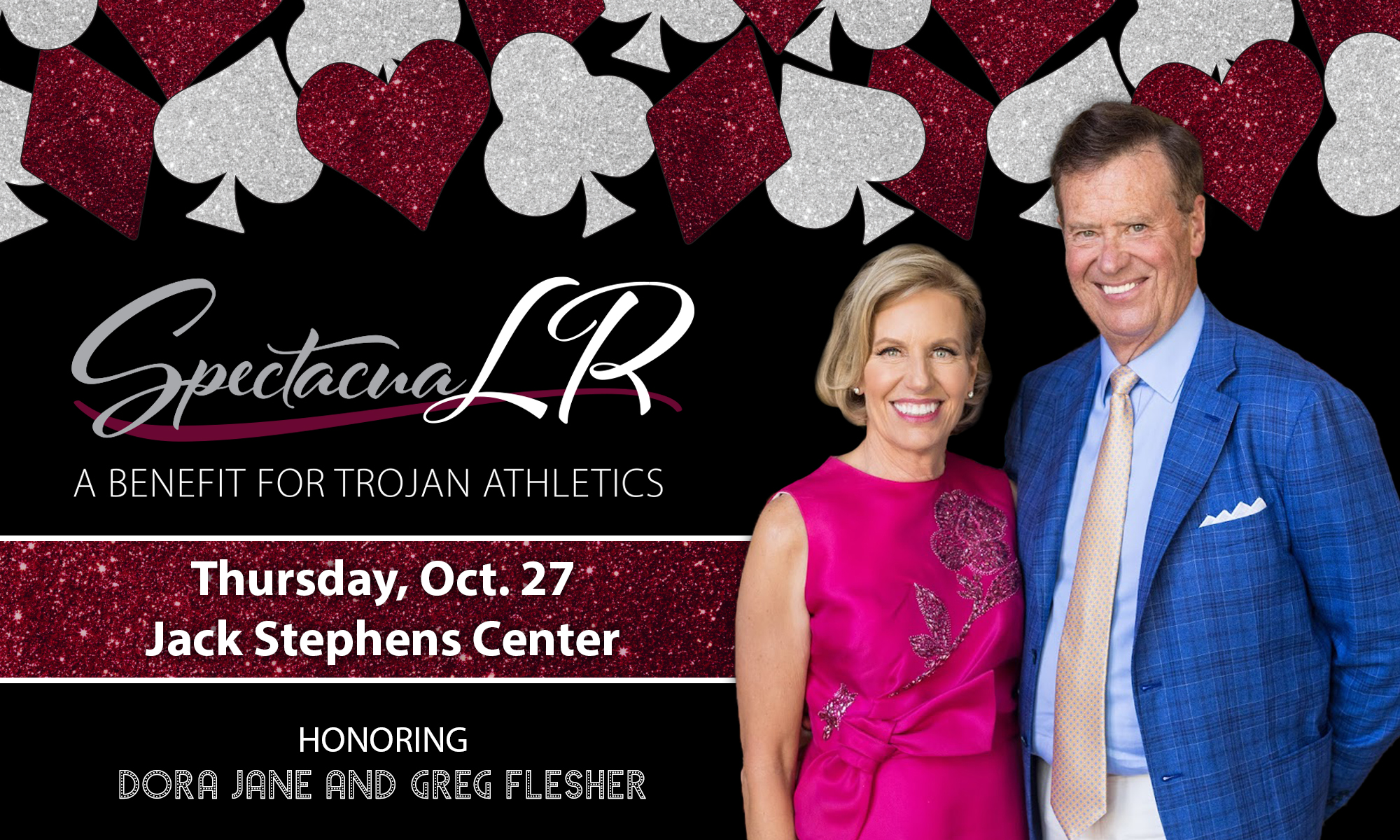 Little Rock Athletics is proud to announce that Dora Jane and Greg Flesher will serve as the honorees for the 14th Annual SpectacuaLR event benefitting Trojan Athletics. The annual gala and fundraiser is set for Thursday, Oct. 27, at the Jack Stephens Center. END_OF_DOCUMENT_TOKEN_TO_BE_REPLACED

Little Rock Athletics officially unveiled the updates to the newly named Donaghey Athletic Center (DAC) on the University of Arkansas at Little Rock campus on Feb. 8. The renovations are a significant upgrade to one of the original athletic facilities, which was constructed as the Trojan Fieldhouse in 1969. END_OF_DOCUMENT_TOKEN_TO_BE_REPLACED

Thomas Schueck, a Little Rock business owner who went to college at night to obtain his engineering degree, built his steel company from the ground up in the late 1960s.

Fifty years later, Schueck’s name became a permanent fixture in the University of Arkansas at Little Rock’s Donaghey College of Engineering and Information Technology (EIT). During a dedication ceremony on Sept. 11, the EIT auditorium officially became the “Schueck, McCarty, Lexicon Inc. Auditorium” in recognition of his family’s contributions to the college. END_OF_DOCUMENT_TOKEN_TO_BE_REPLACED