First astronomy conference to be held in Arkansas

Dr. Marc Seigar, associate professor of physics and astronomy at the University of Arkansas at Little Rock, is working to bring the first major astronomy conference to the state in August.

The conference, “Structure and Dynamics of Disk Galaxies,” will bring internationally recognized experts from around the globe to focus on the formation and evolution of disk galaxies, which are characterized by a flattened circular volume of stars.

It will be held at the Winthrop Rockefeller Institute at Petit Jean Mountain, Aug. 12-16. 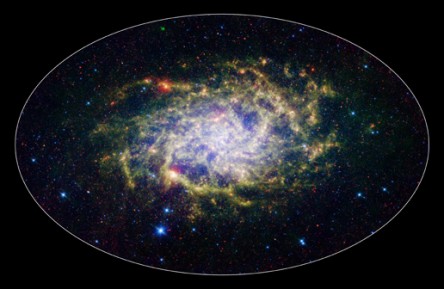 Experts from as far away as the Max Planck Institute in Germany, the Paris Observatory, and Swinburne University in Australia are slated to speak. Scholars representing Harvard, Yale, Columbia, and NASA will also be attending, according to Seigar, conference chair of the Scientific Organizing Committee.

“With new astronomy surveys that have recently been completed and new telescopes coming online, we expect to have a very good meeting with some very exciting recent research results being presented at the conference,” Seigar said.

Seigar has 15 years of experience and research focused on the structure, morphology and dynamics of galaxies and their dark matter halos.