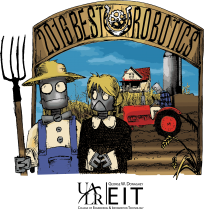 Boosting Engineering Science and Technology (BEST) is a national, six-week robotics competition held each fall designed to help interest middle school and high school students in possible engineering careers. BEST features two parallel competitions: a robotics game, which is based upon an annual theme with four teams competing at once in a series of three-minute, round-robin matches. The second competition is the BEST Award, which is presented to the team that best embodies the concept of Boosting Engineering, Science, and Technology. Elements for the BEST Award include a project summary notebook, oral presentation, table display, and spirit and sportsmanship.

University of Arkansas at Little Rock

Each school is provided kits of equipment and parts, a set of game rules, and is given six weeks to design, build, and test a small Radio/Controlled (R/C) robot that outperforms other robots. Winning teams from local competition sites (called “hubs”) advance to regional championship sites (“regionals”).

The Kick-Off Meeting will be held in September in the EIT Auditorium to introduce the game objectives to teachers (coaches) and students. In addition to confirming registrations with teachers, each team will receive a returnable kit and a consumable kit which contains most of the parts necessary to compete. The Kick-Off Meeting will also include a review of the rules to facilitate teams’ strategies and robot design.

Many materials (consumable and returnable kits) will be distributed to attending teams at the conclusion of the Kick-Off Meeting.

Practice Day will be held at the UALR Field House to provide all teams an opportunity to test their robots on the actual game field under real game conditions. Each team will have at least one hour to practice and make adjustments.

Interested teams may register here.  Registration will close on or before September 23.

Contact: Questions or need additional information about this event?