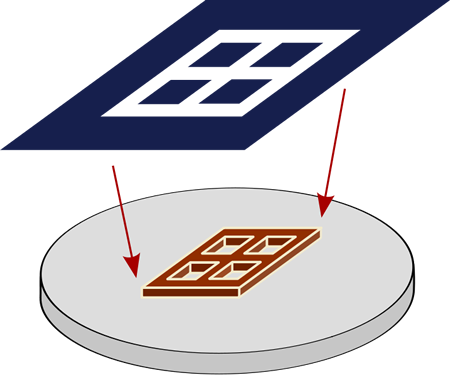 This machine is what actually transfers the pattern onto the wafer. A mask is placed above the wafer. The mask has the desired pattern on it. A high intensity ultraviolet light is placed over the mask. The light only transmits through the openings in the pattern allowing the pattern is burned into the photoresist on the wafer.

A photomask is an opaque plate with holes or transparencies that allow light to shine through in a defined pattern. They are commonly used in photolithography.

Photolithography (also called optical lithography) is a process used in microfabrication to selectively remove parts of a thin film (or the bulk of a substrate). It uses light to transfer a geometric pattern from a photomask to a light-sensitive chemical (photoresist, or simply “resist”) on the substrate. A series of chemical treatments then engraves the exposure pattern into the material underneath the photoresist. In a complex integrated circuit (for example, modern CMOS), a wafer will go through the photolithographic cycle up to 50 times.

The image for the mask originates from a computerized data file. This data file is converted to a series of polygons and written onto a square fused quartz substrate covered with a layer of chrome using a photolithographic process. A beam of electrons is used to expose the pattern defined in the data file and travels over the surface of the substrate in either a vector or raster scan manner. Where the photoresist on the mask is exposed, the chrome can be etched away, leaving a clear path for the light in the stepper/scanner systems to travel through. 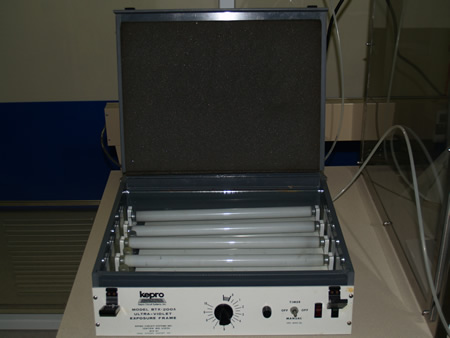