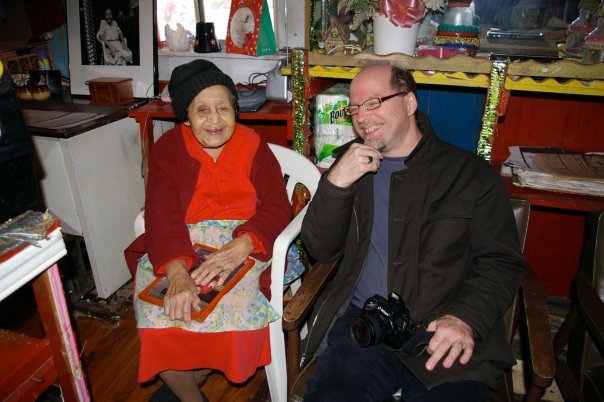 Brad Cushman has served as the Gallery Director and Curator at the UA Little Rock since July 2000. He received a B.A. in Studio Art from Illinois College, Jacksonville, Illinois, and an M.F.A. in Painting from Cranbrook Academy of Art, Bloomfield Hills, Michigan. He is the voice of Picture This on NPR in central Arkansas. His audio essays on art and design have been broadcast since 2005. He can also be seen hosting Inside Art, a television program produced on University TV.

A Visionary Vernacular Road Trip highlights folk art, self-taught art, and outsider art in three exhibits at the University of Arkansas at Little Rock. The three exhibits A Visionary Vernacular Road Trip, Butch Anthony, and The Road Trip Continues curated by Brad Cushman, illustrate the story of unique creative people from across the United States, individuals that are often invisible in our communities creating art outside of the traditional art world. The exhibition features non-conventional work created by artists not formally trained, from as early as 1854-60 to works created throughout the 20th Century, as well as objects made in the 21st Century.

This is part one of two exhibitions curated by Brad Cushman, Gallery Director for UA Little Rock. The series features visionary makers of pictures and sculptural objects inspired by a divine spirit, as well as seemingly ordinary people making marks and transforming commonplace materials into extraordinary art to communicate messages to a keen observer.  A catalog will accompany this survey. Twenty-one states are represented in this road trip.

Register for the lecture here.