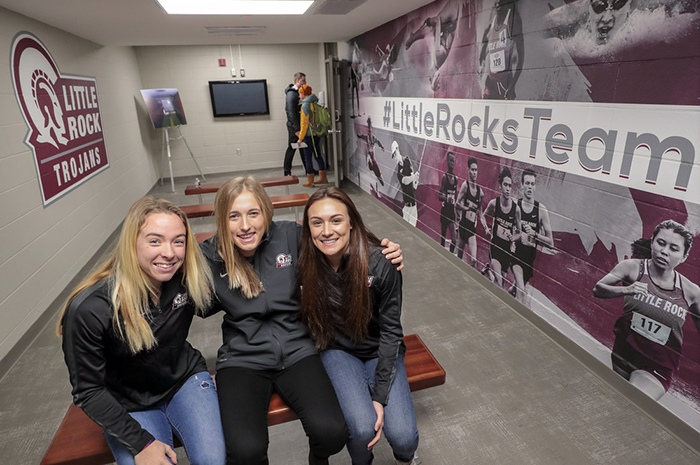 Little Rock Athletics officially unveiled the updates to the newly named Donaghey Athletic Center (DAC) on the University of Arkansas at Little Rock campus on Feb. 8. The renovations are a significant upgrade to one of the original athletic facilities, which was constructed as the Trojan Fieldhouse in 1969.

The $725,000 project was funded in part through a generous private donation from the George W. Donaghey Foundation. The project will provide much needed enhancements and updates to areas used by Little Rock student-athletes.

“Today marks another milestone moment for Little Rock Athletics,” Vice Chancellor and Director of Athletics Chasse Conque said. “The investment from the Donaghey Foundation has helped better position our programs. We will see a positive impact on recruiting as well as our ability to compete for championships. The renovations have surpassed our expectation, and I know our coaches, student-athletes, and administrators are proud to call the Donaghey Athletic Center their new home.” 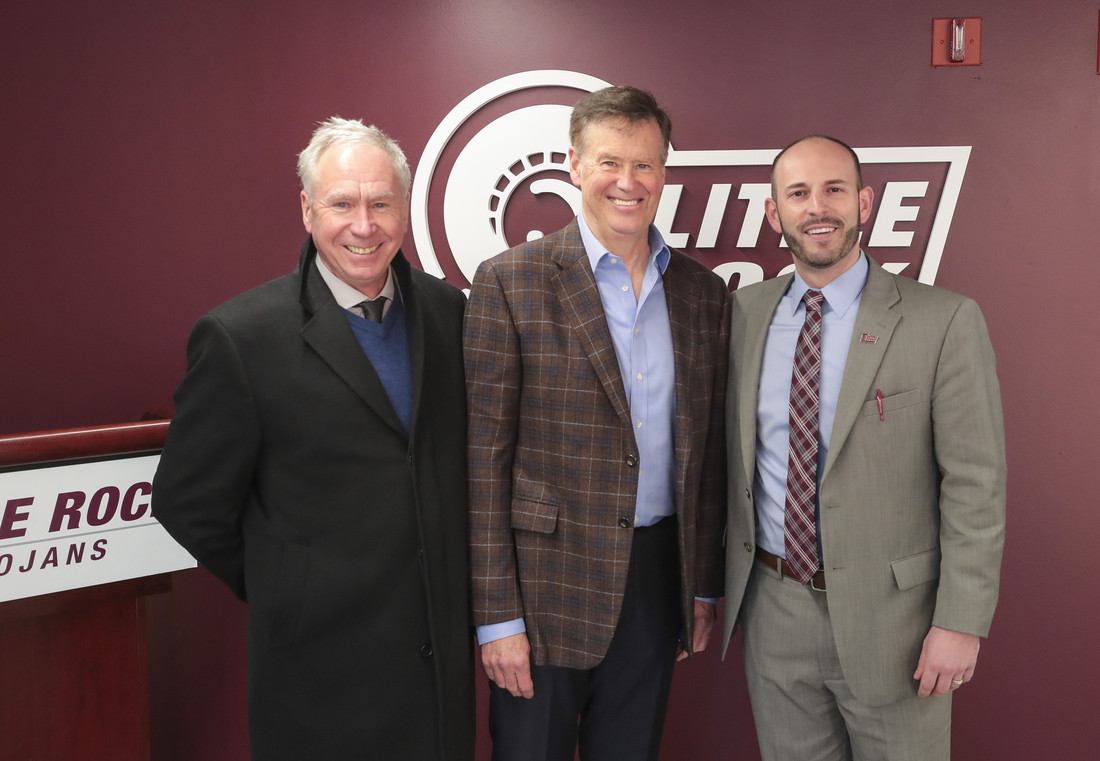 “This was a great project, and I know Little Rock will be good stewards of the new Donaghey Athletic Center,” said Greg Flesher, president of the George W. Donaghey Foundation. “This looks tremendously different, and it’s a great accomplishment.”

“This building was built in 1969 – 50 years ago – and we can now compete with other schools at a top-tier level in the recruiting arena,” said Senior Associate Athletic Director Richard Turner. “This is where our coaches have graduated student-athletes and have trained world-class athletes, Olympians and national champions. Ten of our 15 sports and over 50 percent of our student-athletes will be able to benefit from the Donaghey Athletic Center.”

The renovated center provides student-athletes with an updated weight room and team meeting space, as well as the addition of a nutrition center. The coaching and administrative offices were also remodeled, along with the locker rooms and common areas.

Renovations began in August, and most of the work was completed in January.