SNRC invites you to join us Wednesday, March 8, 2017, for the first public film screening of the Jeanie Greene Heartbeat Alaska Collection. “Barrow: A Village of Whalers” looks at the centuries-old lifestyle of the Inupiat people living in the northernmost Alaskan village that centers on the practice of whaling. The approximately hour-long documentary style film 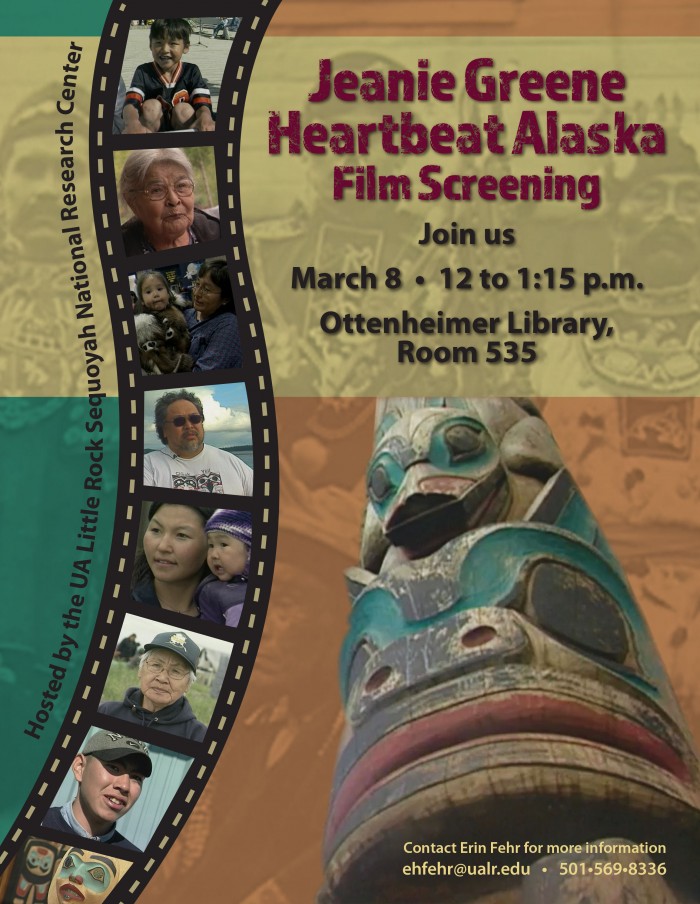 shows how the villagers work together to harvest the bowhead whale and the importance that the whale has in the mostly subsistence lifestyle of the Inupiat.

The film will be shown in Ottenheimer Library, Room 535 from 12:00pm to 1:15pm. Attendees are encouraged to bring their lunches. After the screening, a short question and answer discussion will follow led by SNRC Archivist Erin Fehr (Yup’ik).

The Jeanie Greene Heartbeat Alaska Film Collection was acquired by the Center in 2014. The collection totals 1263 video recordings that have been digitized through a $24,000 grant awarded by the Arkansas Natural and Cultural Resources Council. The collection is currently being catalogued by two UA Little Rock interns: Heidi Davis (Tlingit/Haida) and Stephanie Rabadeux (Tlingit/Haida).

The screening is free and open to the public. For more information, please contact Erin Fehr at ehfehr@ualr.edu or 501-569-8336.