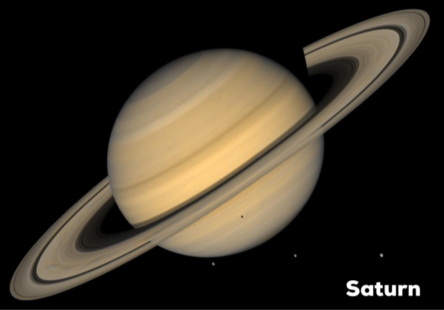 Few celestial objects can match the sheer beauty and grandeur that is the planet Saturn. So surreal is its appearance in a telescope that it is well known for eliciting exclamations from first time observers such as, “That can’t be real!” or, “Oh my god, it looks like a painting!”. I know of nothing else that can provoke such reactions. If you have never seen Saturn in a telescope, then this month is the time for you to do so. 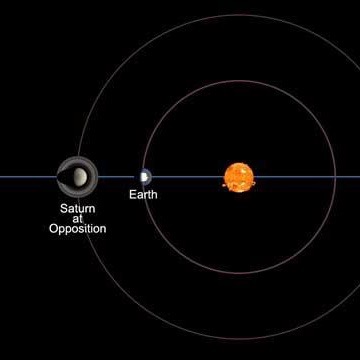 Saturn reaches opposition on the night of July 9th. At this time the planet will appear opposite the Sun in our sky. At sunset the planet will rise in the east, reach its highest point in the sky around midnight, and then set in the west by dawn.   At the time of opposition, an outer planet is generally at its closest point to us in its orbit for the year and will appear at its biggest and brightest. On the night of July 9th, Saturn will span some 18.4 arc seconds in a telescope, and it will be shining very brightly at a magnitude of 0.0.

HOW TO FIND SATURN 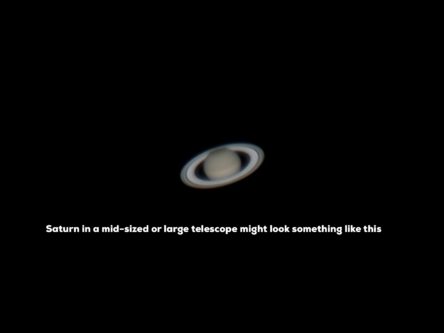 Keep in mind that, this year, Saturn is positioned low in the sky. This means that you are going to be looking through a thicker layer of the Earth’s atmosphere, which can play havoc with your image quality and ability to see fine detail. 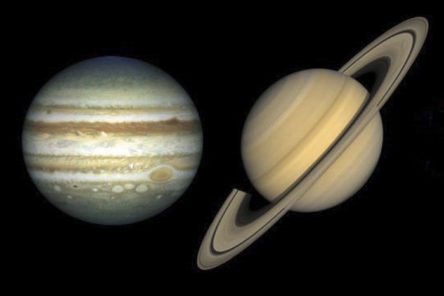 Both Saturn and Jupiter are gas giant planets, made from pretty much the same stuff: hydrogen, helium, methane, and ammonia. But what contrasts! Jupiter is known for its turbulent atmosphere with its alternating light and dark bands. Saturn on the other hand lacks any such conspicuous features. What’s up with that? Well, it may be due to the fact that Jupiter is just so much more massive than is Saturn. Jupiter’s bulk tends to generate a lot of internal heat, which in turn wells up from the interior, fueling the storms in its atmosphere. Plus, Jupiter is a bit closer in towards the Sun, which means that it gets more ultraviolet radiation. The UV light drives complex chemical reactions in the Jovian cloud tops, thus playing at least some part in creating the planet’s pastel hues. Both planets possess rings, as do the planets Uranus and Neptune, but only Saturn’s ring system is conspicuous.

For this year’s appearance, Saturn’s rings are tilted favorably in our direction and we can see them quite plainly. This is not always the case however as some years the Earth’s orbit might line up with Saturn’s equatorial plane and we see the rings edge-on, making them difficult to observe. Currently, with a tilt of some 24 degrees to our line of sight, the rings are quite showy, and you should have little problem seeing the large, open gap within them known as the Cassini Division. 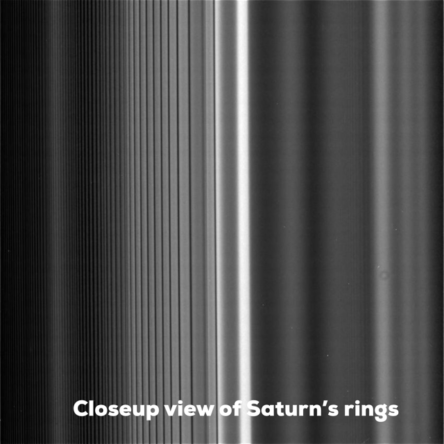 The rings are composed primarily of ice and the particles range in size from stuff as fine as crystalline dust to those that are the size of a bus or even a house. NASA’s Cassini spacecraft, whose 13-year mission ended on September 15th, 2017, found that the rings are comprised of thousands of individual “ringlets”. Looking at images taken by the spacecraft, one is reminded of the concentric grooves found in an LP phonograph. On the outer fringes of the ring system, where the particles become much more tenuous, Cassini flew in between the F and G rings and found higher concentrations of dirt than it did ice. Perhaps this dirt is a clue to the origins of the ring system. To be honest, we still do not know exactly how this magnificent structure was formed or how old it actually is. Theories as to its origins range from 1) Saturn once captured a small moon or a large comet (or multiple large comets) and the planet’s gravitational forces shredded the smaller objects into finer pieces 2) The rings formed in place around the planet, Saturn’s gravitational forces having never allowed the material to form into a moon or 3) Two or more small moons collided near Saturn, broke apart, and then got pulled into a debris disc around the planet. Age estimates for the rings range from as old as 1 billion years to as young as 100 million years. 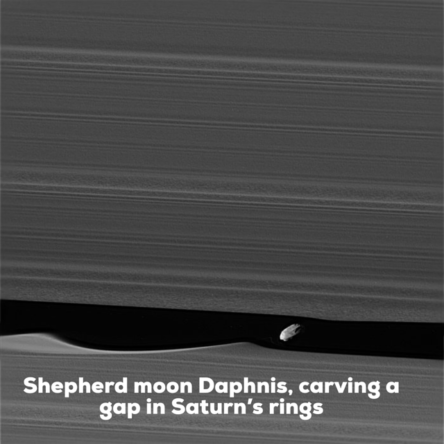 Voyager 1 and 2, as well as Cassini, have found numerous “shepherd moons”, tiny moonlets that form by material clumping together inside the rings. These moonlets carve out gaps in the rings and herd smaller particles, hence the name, “shepherd moons”.   There is a tendency for some of these shepherd moons to migrate outwards, dragging ring material with them, thus depleting the rings of material over time. Before its death dive into the Saturnian atmosphere, Cassini made a few passes through the gap that exists between the planet and the innermost edge of the rings and, to the surprise of many, it was discovered that there was a high concentration of “ring rain”, ring particles raining onto Saturn’s “surface”. By comparing the amount of ring rain with the overall mass of the ring system, it is estimated that this rain will deplete the rings of their material within 100 million years. I know, I know, none of us will be around then but that still doesn’t keep me from feeling a tad bit depressed at the thought of a future for Saturn without rings. Also, if this rain rate has been continuous throughout the planet’s history, it would suggest the possibility that the ring system may have been much larger in the distant past. This is where knowing the age of the rings would be most helpful. 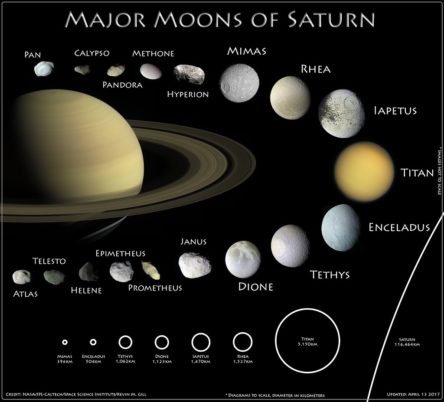 Not counting the ring particles or moonlets, Saturn has a total of 62 known moons, 6 of these can be seen in a telescope: Titan, Enceladus, Tethys, Dione, Rhea, and Iapetus. I am particularly fascinated by Titan and Enceladus. Titan is the largest moon, larger than our own moon (3,199 miles wide, compared to 2,158 miles wide for Earth’s moon), and the only natural satellite in the solar system that has a substantial atmosphere. It’s very cold on Titan and water ice is as hard as granite, but the temperatures and pressures allow for methane to exist as a liquid upon its surface. 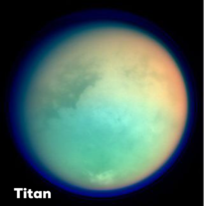 Not only does it rain methane upon Titan, its surface hosts numerous lakes and seas of the stuff. It is believed that conditions on Titan are very similar to those of the young Earth and that the moon could contain some kind of extraterrestrial life. We know that the moon is literally covered in a wide variety of organic compounds, the basic building blocks for life. Just this past week (June 27th, 2019), NASA announced plans to send a probe to Titan that will allow us to fly a quadcopter drone 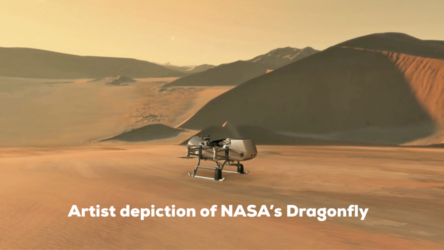 in its atmosphere to explore and to look for signs of past and present life. The Dragonfly Mission is set to launch in 2024 and, if all goes well, the copter should be flying around on Titan in the mid-2030’s.

Likewise, Enceladus, the 6th largest moon of Saturn (with a diameter of some 310 miles), is a ball of ice that has a liquid ocean underneath its surface. Due to the gravitational tugs from Saturn and the other moons, 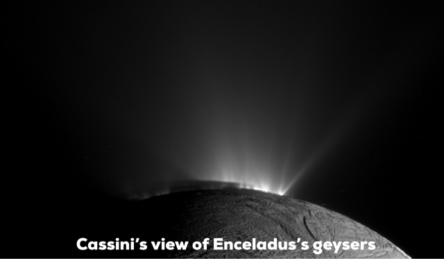 Enceladus’s interior gets heated up, allowing for liquid water to exist. Sometimes, this water vents to the surface on the moon’s south pole in the form of geysers. Cassini has flown through these plumes and learned that the water is very similar to Earth’s oceans and contains organics as well. In our search for life beyond our own planet, it seems as though Saturn offers us plenty of opportunities and is a reminder that, as we look for Earth 2.0 outside of our own solar system, we would do well to consider the moons around the many exoplanets that we have discovered as potential harbingers for life as well.

On the night of opposition, with a small backyard telescope, you should be able to see Titan and Rhea to the west of Saturn. Scopes with a larger aperture should be able to pick out Tethys to the west and Dione to the NE. Mimas and Enceladus are positioned more to the immediate east of the planet. They will all appear as small, bright, star-like points in the telescope. To find which moons are in view on any given night you can find various astronomy/stargazing apps that can provide you with that information. 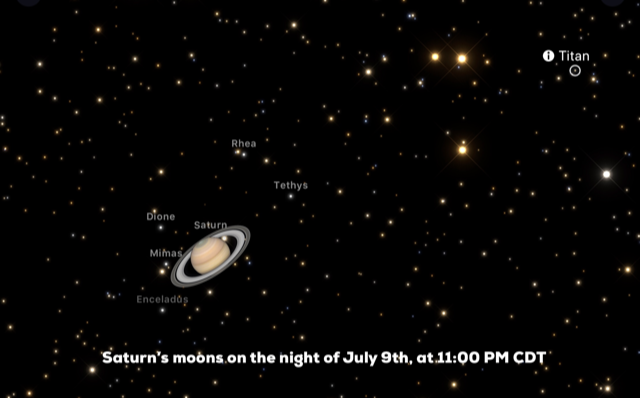 Saturn is indeed a crown jewel of the solar system and I urge you to gain access to a telescope this summer, either through those that you can now checkout from the Central Arkansas Library System or the William F. Laman Library in North Little Rock, or those you can look through at a star party (see my monthly highlights section), and get busy looking up!