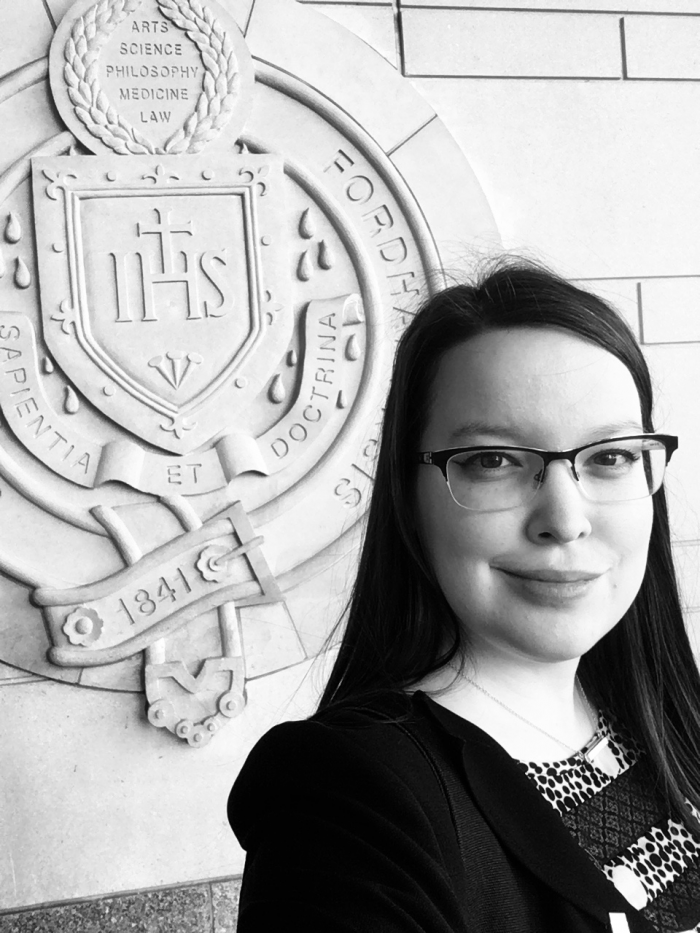 When Austin Waters began law school at UA Little Rock William H. Bowen School of Law, she claimed she would be a space lawyer–as a joke. She soon found, to her surprise, that space attorneys were a real thing. “That’s just everything I wanted in life,” she said. “I have loved space ever since I was a little kid, but I was really bad at math, so I never got a science degree.”

This October, Waters received a stipend through the University of Nebraska to travel to the International Law Conference in New York City. The award was based, in part, on two space law papers she wrote for her international law class and the UA Little Rock Law Review.

The first paper discussed the legality of asteroid mining based on United Nations treaties made in the 1960s which consider outer space the “common heritage of mankind,” The Moon Agreement, and the Outer Space Treaty. Waters’ research indicates international law needs a clear framework if countries wish to encourage mining.

Her second paper discussed space debris mitigation and the legality of who may clean up debris from objects shot into space. Sometimes this debris can stay in space up to 10,000 years.

When asked if she had any other papers she considered writing, Waters said she wanted to write a paper on space tourism.

At the International Law Conference, Waters attended two space law panels, ate lunch with space law representatives from the University of Nebraska, and visited with a representative from NASA.

When Waters graduates this spring, she intends to pursue a masters in library science before possibly obtaining an LLM in space law.

“There’s not a direct path to be a space lawyer right now,” said Waters. “There are not a lot of opportunities, but as technologies progress they are opening up, not just in the public sector like NASA, but in the private sector as well.”

Waters said that space law is a new burgeoning field that provides a lot of opportunities to conduct research. “And who wouldn’t want to learn about space?”