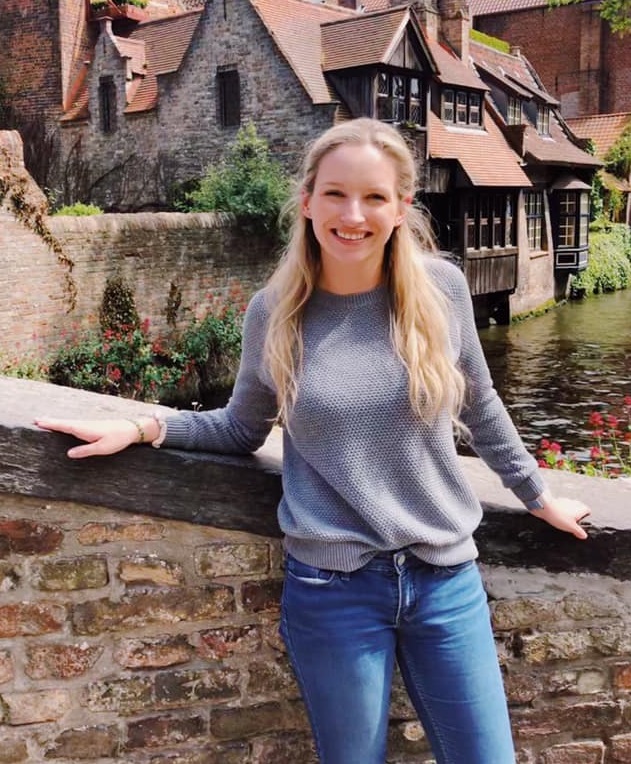 Christian Scott-Richards (Mountain View, Ark.), a student at the UA Little Rock William H. Bowen School of Law who is pursuing a concurrent Master of Public Service Degree at the University of Arkansas Clinton School of Public Service, spent her summer working with Women Political Leaders, an independent non-partisan foundation that serves as a global network of female politicians. She assisted in the planning of the foundation’s annual conference, WPL Summit 2019, the world’s foremost gathering of female political leaders.

Co-hosted by the House of Representatives of the National Diet of Japan, the summit is set for June 25-27 in Tokyo. Nearly 400 heads of state, ministers, and parliamentarians from all regions of the world will be in attendance.

Scott-Richards, working at the organization’s headquarters in Brussels, Belgium, is creating a WPL Summit Planning Guide. The guide will serve to inform WPL Parliamentary co-hosts of the purpose of WPL, its annual summit, and what is needed in order to effectively and efficiently organize a WPL Summit.

WPL Summit 2019 is set to prompt discussions on the implementation of the Sustainable Development Goals (SDGs) agreed upon by the United Nations on the eve of the G20 Summit in Osaka, Japan. In 2015, all UN member states unanimously adopted 17 SDGs. The goals – which include quality education, economic growth, and clean energy – provide a blueprint for peace and prosperity.

The 2019 summit will also focus on the roles of women and parliamentarians in these endeavors. International institutions such as the UN, Organization for Economic Cooperation and Development (OECD), World Bank, and Council of Women World Leaders (CWWL) will participate as partners.

In addition to serving summit co-hosts, the planning guide will act as a tool to assist WPL in planning future summits. This will be the first planning tool of its kind for the summit, now in its seventh year. The first WPL Summit was held in 2013 at the European Parliament in Brussels.

“This experience has already challenged me in so many ways,” Scott-Richards said. “From navigating a new country basically on my own, to learning how to create a planning guide for an organization that I was only recently introduced to.”

Scott-Richards explained that one reason she was drawn to this project were the unique networking opportunities created by WPL’s international influence. In addition to her regular interviews with people within the WPL network, the organization is in constant communication with political figures from around the world.

Additionally, the essential nature of WPL’s work and its willingness to tackle international challenges captured her attention.

“I think that the work that WPL performs is important because through conferences, such as the WPL Summit, WPL is able to provide a forum for exchange on best practices around the globe that include leadership, legislation, and political agenda-setting,” she said. “These tools are necessary so that more women can continue to do good work for their own countries.”

Already a staunch supporter of women’s rights and empowerment, her feelings have only deepened since arriving in Brussels.

“I have already witnessed my passion for women’s empowerment grow, and this is because I am constantly surrounded by strong women who have the same dreams and ambitions as myself.”

Article by University of Arkansas Clinton School of Public Service. Reprinted with permission.