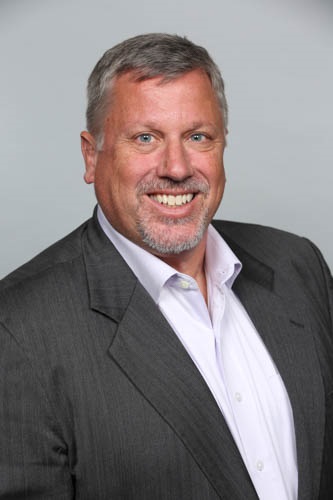 Tom Smith’s curiosity, sense of adventure, and ambition led him from information technology consulting to law school at the UA Little Rock William H. Bowen School of Law. Now he’s using his law degree to enhance his career in IT governance and risk management.

Smith moved from New York City to Little Rock because his then-wife, a physician and Arkansas native, had been offered a chance to join a practice in North Little Rock. “In 1997, I told her I wasn’t moving to Arkansas – by 2000, it was home.”

He found a position at Acxiom. “During my time there, I opened the company’s offices in Japan, ran Canadian operations, and managed several alliance partners.” As he worked, he became intrigued by mergers and acquisitions, and asked his then-boss, Fred Perkins, about getting involved in deals. Fred encouraged him to go to law school.

Tom took the LSAT in 2004 and submitted an application. “I applied to several different schools, but Bowen’s dean sent me a personal letter and offered a scholarship.” He also had a new family, and Bowen was right down the street from home and work.

He enrolled in the part-time program and spent the next four years attending law school at night. He was able to take some day classes in the summer because his job was flexible. Just not that flexible.

“My first question of every professor was ‘what’s your attendance policy?’” said Smith. “There were some nights, I’d get off the plane from a business trip and go straight to class.”

Sometimes work responsibilities won out. Tom had to withdraw from Constitutional Law because of the professor’s attendance policy. When he took it the following year, from the same professor, Tom was able to make it to class enough to sit for the final. “The material was actually easier to process the second time around.”

He also gives a lot of credit to his now ex-wife, Melanie. “We were busy professionals with young children, and I was traveling, in class, or studying. She was very supportive.”

By the time Tom graduated in 2008, he’d left Acxiom. Reed Elsevier, an academic publisher and the parent company of LexisNexis, hired him immediately after his December graduation. Before taking the February bar exam, he had to travel to Malaysia for a week and then spend another week in Denver for his new employer. Both events left little time for bar exam study.

“Every free moment I had, I was studying. You’d find me with my earphones in, pouring over bar review materials. I did a lot of bar prep on airplanes.”

He passed the bar and spent the next 8 years with Reed Elsevier negotiating large, multi-year licensing agreements and managing multi-million-dollar customer relationships.

Now Tom works for Eminere Group, a company focused on IT governance, risk management, data privacy, and information security. He is the Vice President of Sales and Business Development, providing services to help companies assess their IT security and compliance with regulations such as HIPAA and the GDPR. In the healthcare, higher education and financial services industries that Eminere serves, there is an ever-present risk of data breaches, misuse, and hacking.

“Going to law school at night was brutal at times, but I’m glad I did it. I use the things I learned in law school every day,” says Smith. In addition to developing a specialty in privacy law, Tom applies his legal education to contracts and regulatory compliance. He also owns a small business and helps friends and family with their routine legal matters. ”Even if I never argue a case in front of a judge (which I still may do one day) I’ll never regret going to law school – it helped me on so many levels.”