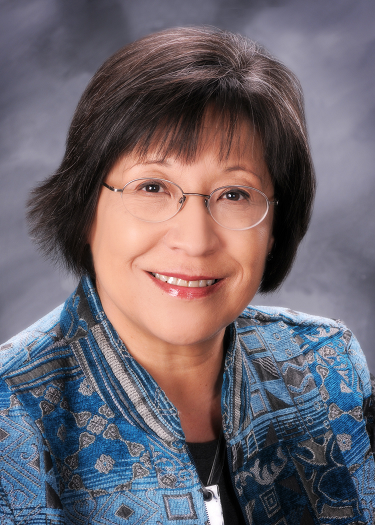 Ranko Shiraki Oliver’s personal background and interests enrich her teaching.  Her father was Japanese, her mother was Spanish, and Professor Oliver was born in Mexico City, Mexico.  She immigrated to the United States in 1974 and began teaching at the UALR William H. Bowen School of Law in 1987.  As an immigrant to the United States, Professor Oliver has had a personal and professional interest in immigration issues for decades.  She has taught immigration law since 1989 and has witnessed the significant growth of the immigrant population in Arkansas since the mid-1990s.  Professor Oliver also has a personal and professional interest in disability issues, has taught disability law since 1993, and understands that her teaching methodologies must be adapted to the needs of students with different learning styles.  Since 2010, Professor Oliver has taught administrative law and legal ethics, and she taught legal writing for twenty-three years.  She was the recipient of the Faculty Excellence Award in Teaching for the UALR Bowen School of Law in 1993 and 2006, and in 1993 she was also selected, by a group of national judges, to be the recipient of the University-wide Faculty Excellence Award in Teaching.  She was nominated by individual students for the Faculty Excellence Award in Teaching at the Bowen School of Law in 2009, 2011, 2012, and 2018.  Professor Oliver served as Research Editor of the UALR Law Journal from 1986 to 1987.

Professor Oliver actively engages in service to the community and UALR.  She served in the Arkansas State Advisory Committee (the Arkansas SAC) of the U.S. Commission on Civil Rights (the Commission) from 2008 to 2015.  The Arkansas SAC advises the Commission of any alleged deprivation of civil rights in Arkansas and addresses perceived needs to protect civil rights in Arkansas.  For example, the major project that the Arkansas SAC considered, researched, and reported on to the Commission during Professor Oliver’s membership was the creation of a civil rights agency in Arkansas.  Professor Oliver served in the Mentor Program of the American Bar Association Commission on Disability Rights from 2008 to 2017.  The Mentor Program is a support service for attorneys, law students, and potential law students with disabilities.  Professor Oliver chaired the Arkansas Bar Association’s Committee on Individuals with Developmental, Mental, and Physical Disabilities from 1995 to 1998, and her work in this capacity was recognized by the Arkansas Bar Association in 1997 by awarding her the Golden Gavel Award for Exemplary Service to the Legal Profession.  She has given numerous presentations on disability law, immigration law, and legal writing.  She has been recognized for some of these presentations by the Arkansas Bar Association’s Workers Compensation Section and “The Best of CLE” program.   Professor Oliver served in the Arkansas Bar Association’s Commission on Bar Diversity from 2016 to 2017.  Because she is fluent in Spanish, Professor Oliver has served as courtroom interpreter in state and federal courts, and was appointed by the Arkansas Supreme Court to serve on the committee on the certification of foreign-language interpreters in the State of Arkansas.  In 2014, Professor Oliver was appointed by the Consulate of Mexico in Little Rock to serve in the Selection Committee of the IME Becas program, which is a grant program that the Government of Mexico funds annually through which institutions of higher education and entities that provide adult education receive grants that are earmarked for scholarships to be given to Mexican students living in the United States.  Professor Oliver continues to serve in the IME Becas Selection Committee.  Professor Oliver served on the Board of Directors of Integrity, Inc. from 2007-2015 — as its President during the last three years of her service.  Integrity, Inc. is a service provider for individuals with disabilities that coordinates and oversees the provision of federal and state benefits for which its consumers are eligible.  By appointment of the Chancellor, Professor Oliver served in the UALR’s Chancellor’s Committee on the Americans with Disabilities Act (CADA) since its creation in 1995 until the summer of 2016 as its member, its chair of the Program Subcommittee, and as its Chair from 2007.  CADA’s work has the goal of ensuring access to the University’s facilities and program to students, faculty, administrators, and staff with disabilities, as well as to its visitors.  Professor Oliver has served as Faculty Advisor of the Hispanic Law Students Association (HLSA) at the UALR Bowen School of Law since 2008 and served in that capacity for the Asian Pacific American Law Students Association (APALSA) from 2009 to 2017.  In 2009, HLSA awarded Professor Oliver the Excellence in Service Faculty Award, and in 2010 she was the recipient of the UALR Bowen School of Law’s Faculty Excellence Award in Public Service.

Professor Oliver is the author of a comprehensive analysis, published in the Harvard Latino Law Review, of the North American Free Trade Agreement of 1994 (NAFTA), its socio-economic and political effect on Mexico, and its effect on Mexican immigration to the United States since the mid-1990s; she has also written about the impact of the NAFTA on labor rights in Mexico; and has written about disability issues in employment and higher education.  The Arkansas Bar Foundation awarded Professor Oliver the Writing Excellence Award for her article on disability law issues in colleges and universities, which was published in The Arkansas Lawyer in 1999.  Professor Oliver’s student casenote entitled Arkansas Adopts a Modified Version of the Duhig Rule earned the Arkansas Bar Foundation award for “best publishable contribution to the UALR Law Journal by a staff member.”  (Updated June 2019)