LSAMP is named in honor of the African American political voice and former congressman, Louis Stokes.  Stokes was born in Cleveland, Ohio in 1925 and was educated in the Cleveland Public Schools. 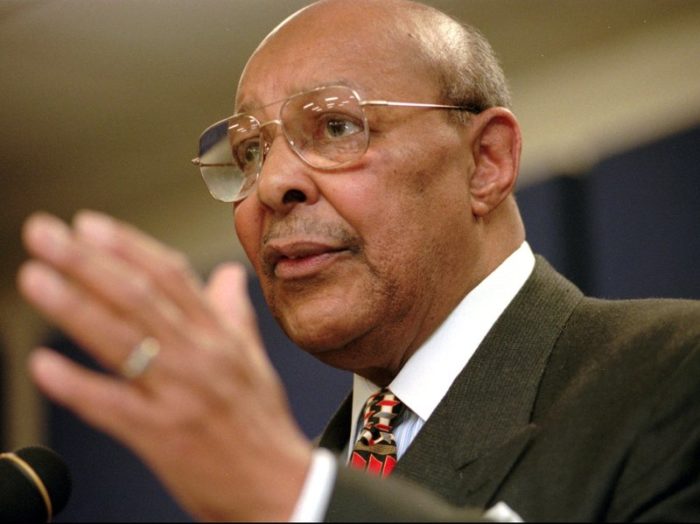 After graduating from high school in 1943, Stokes enlisted in the United States Army where he found his desire for civil rights activism.  Soon after his time in the army, he attended Cleveland College of Western Reserve University and Cleveland Marshall College of Law School.  In 1953, he received his law degree and started practicing law towards civil right cases with his brother, Carl B. Stokes.

In 1968, Stokes was elected to become the first African American member of Congress from the state of Ohio.  He served in the U.S. House of Representatives as a member of the Democratic party for 15 consecutive terms until 1998.  He maintained a quest for civil rights, equality and social and economic justice throughout his tenure in the United States Congress.  Stokes was also a founding member of the Congressional Black Caucus.